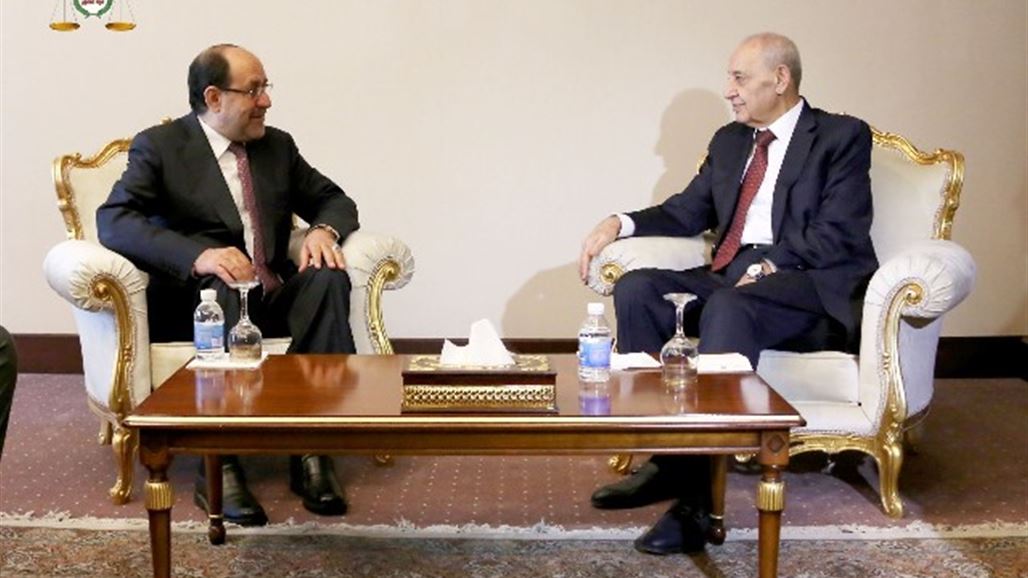 Alsumaria News / Baghdad
The head of a coalition of state law Nuri al-Maliki and Lebanese Parliament Speaker Nabih Berri , on Thursday, the need to work to achieve regional stability.

Maliki's office said in a statement received by Alsumaria News a copy of it, "the head of a coalition of state law, Nuri al-Maliki received today, the Speaker of the Lebanese Parliament Nabih Berri, who is currently visiting Baghdad."

The two sides discussed "the future of bilateral relations and ways to strengthen them to serve the interest of the two countries, and discussed the regional situation and the challenges facing the region."

Maliki and Berri stressed, "according to the statement," the need to strengthen cooperation between the two countries in various fields, and work to achieve regional stability and face all challenges. "

It is noteworthy that the Speaker of the Lebanese Parliament Nabih Berri arrived, Sunday (March 31, 2019), to Iraq on an official visit during which he met with the three presidencies and references of religion in Najaf province .