Ashtar: Update on the RV and GESARA

This is Ashtar Sheran with a message to update you on the proceedings of Liberation of Planet Earth.

As you await the RV, speculation abounds as to what is required before the monies are released and the zim notes can be cashed. What is required is that your world be GESARA compliant. Yes. Nothing less than.

As for your nuclear armaments and your fear of a third world nuclear war, do not listen to any reports that this would be likely, as all armaments have been disarmed and reproduction of any such forces are being stopped by those of the Galactic Federation. If you believe that your world leaders are capable of disengaging from nuclear war since the McCarthy era, since post-WWII, you give them too much credit. Your world was slated for nuclear destruction many years ago, but we of the Federation stepped in and stopped it.

Do not give your world leaders credit for being the peacemakers they might now appear to be. We have their arms securely held behind their backs as they are forced into GESARA compliance (he means they must comply or they'll be arrested). These leaders will be changed up in time, for new leaders chosen to lead your world into a new era of peace. There is enough “dirt” on any of your leaders to land them into Guantanamo Bay so in order to merit a reduced sentence, many of them have decided to cooperate with those of the Light. Not all, but we are working to that end. Those who refuse GESARA compliance will be removed. Your days of service-to-self governments are now ending as your world sees new light.

We regret that it has taken this long for the RV to roll out on all levels, however it is necessary to protect those who will be the new dispensers of wealth and economic stability upon your planet. Those who seek to provide income to the poor, healthcare to the sick, and wares to the needy would be seen as the new enemy of the cabal, therefore the cabal's numbers should be reduced to insignificance before the RV can be funded to these lightworkers.

We are beginning operations of cleaning your pollution, your nuclear waste, and ridding your world of armaments so that there will be no opportunity to use them against you again. Your world is turning a corner. All reparations are made in accordance with the collective frequency of your planet as you rise higher into the Light.

We are here to liberate you so that you can become the divine beings you were meant to be. So you can take your rightful place in the Light with wide open loving hearts. We salute those lightworkers making the efforts to raise their frequency and to help others to do so as well, in these confusing times of confusing reports.

Our intentions remain positive for all timelines. More plans will be undertaken to help those who are intent on experiencing a less fortunate reality. It will all make sense in the end. Please be patient. 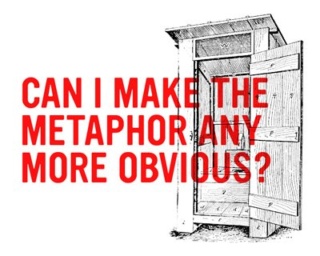 Most users ever online was 2065 on Mon Apr 09, 2012 5:34 pm
Latest topics
» Iraqi Finance and General Electric complete a plan to boost the electric power sector

» Central Bank Governor: The slogan “Made in Iraq” must be supported by all official authorities

» The American ambassador: Washington is looking for Iraqi-Iranian relations that serve both sides

» The Prime Minister: The increase in the foreign reserves of the Iraqi Central Bank to 60 billion dollars

»  Minister of Labor: We will provide guarantee for 5 million workers in the private sector

» NICK FLEMING with a REMINDER CONCERNING THE RV/GCR, 10 APRIL

» Bruce says that -- the rate for the dong and dinar were on the bank screens...[Wednesday] but they came off at 4 pm in the afternoon...

» Parliamentary Committee: The Budget Law has become effective and there is no going back to amend or add any paragraph

» Holly declares -- Iraq has never gotten this far and now it is proof where we are. They can not not hold this (the RV) back anymore.

» MarkZ says -- Mostly a “nothing burger” in the news as expected. We really don’t expect any news until tomorrow...

» sandyf says -- The budget is a summary of income and expenditure and their is no exchange rate involved,

» US official: We will revoke Masroor Barzani’s residency in the country if he does not submit his tax returns

» Agriculture: The import of tomatoes is closed after 20 days, and we are studying the opening of imports for two other crops

» Thanks to the forum group !!

Yesterday at 4:42 pm by Jayzze

» an economist expects the dollar exchange rate to reach 1500 dinars

Yesterday at 10:36 am by RamblerNash

» After eighteen years of change, the economy is liberalizing and leaving the war

» Iraq opens its doors to more than 30 countries

» The International Development Bank opens a branch in Kirkuk governorate

» Frank26: "Never in the history of Iraq have we ever seen a budget approved signed sealed and delivered and implemented" 4/8/21

» MilitiaMan: "I'm just glad to see that the central bank has been in the process of improving the exchange process" 4/8/21