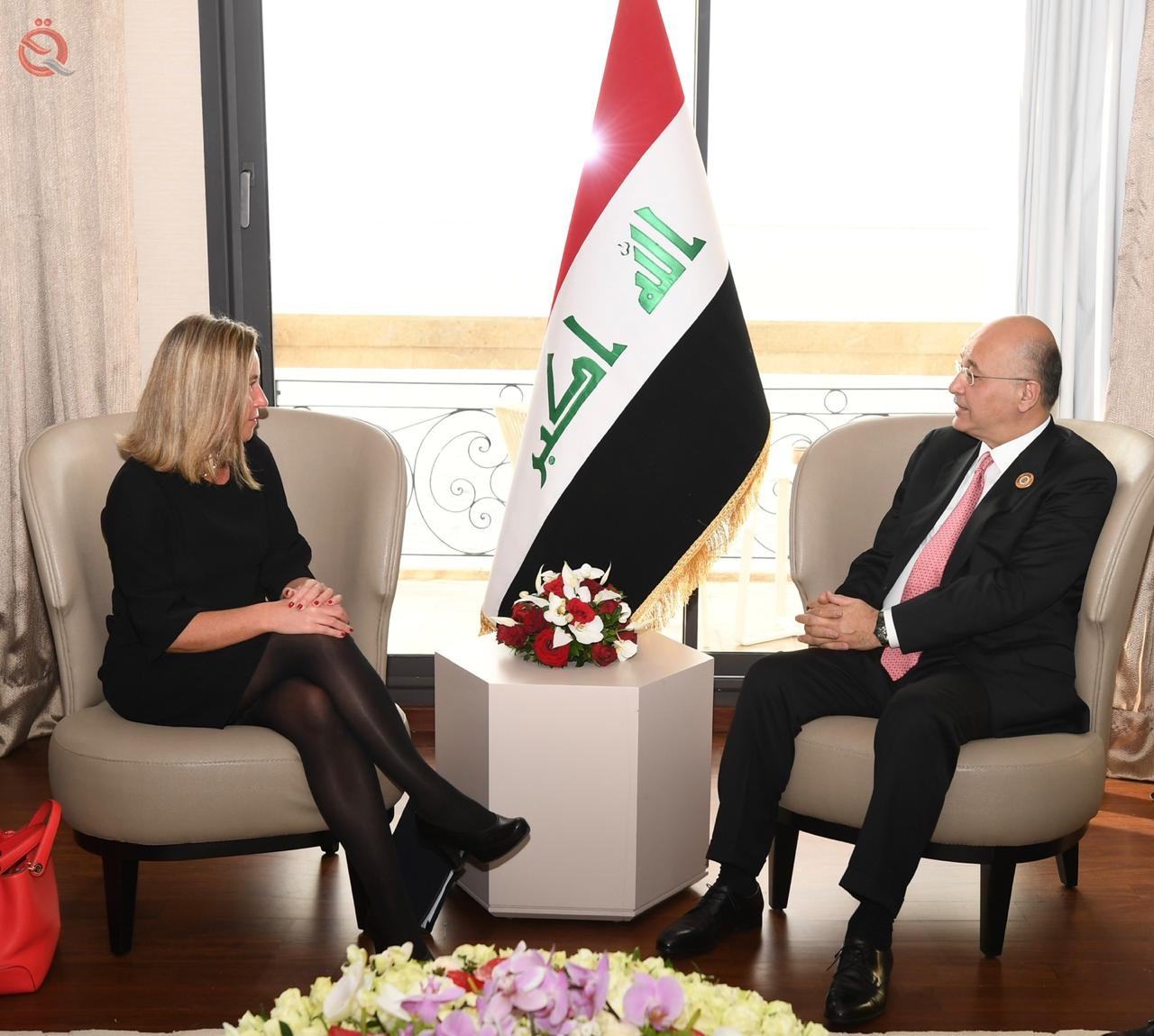 The European Union on Sunday expressed its support for Iraq in contributing to the reconstruction of liberated cities.

The statement added that "the meeting discussed the relations between Iraq and the European Union and ways to improve them in the political, security and economic fields, as well as the contribution of the Union to support and develop the training and armament capabilities of the Iraqi security forces."

The President praised the "active role played by the European Union countries in the fight against terrorism and its assistance to Iraq in achieving victory and its contribution to the humanitarian aspects of displaced persons and migrants."

For her part, Mujerini expressed the European Union's readiness to "strengthen cooperation with Iraq in all fields and contribute to the reconstruction of liberated cities."