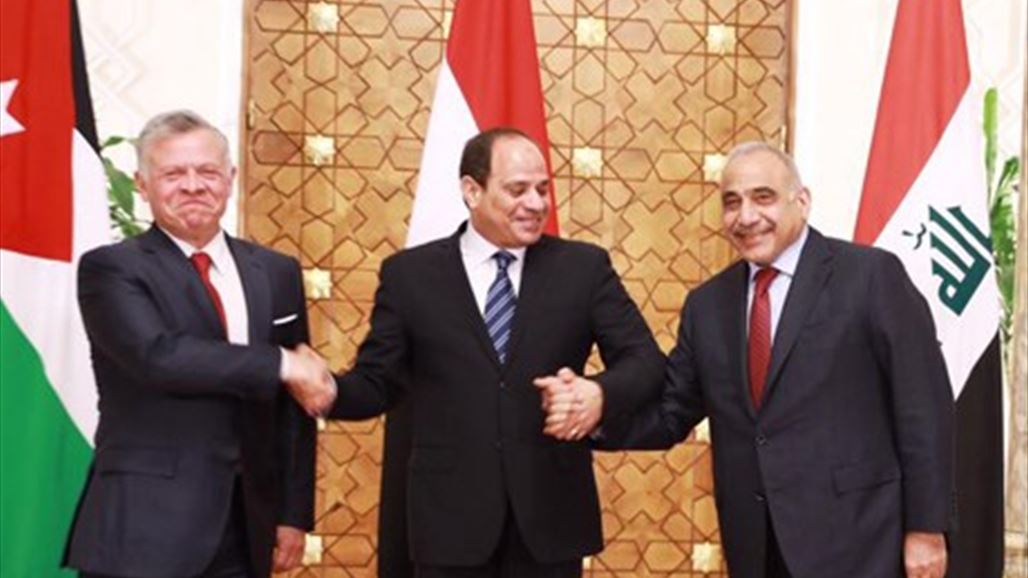 Alsumaria News / Baghdad
The coalition of the rule of law, on Saturday, rejected the statement in the statement of the trilateral summit, while asked the Prime Minister to clarify his position.

The bloc said in a statement received Alsumaria News, a copy of it that "talk about (East Jerusalem) capital of the Palestinians implies recognition of the Zionist entity usurper, and abandon Jerusalem, which is the center of the issue rejected by peoples and countries that do not recognize the Zionist entity."

The bloc was surprised by the statement of East Jerusalem in this statement, which was preceded by remarks by the Foreign Minister, which included what he called "the two-state solution" and the word "East Jerusalem" in another statement, asking "whether it is a slip of tongue or an agreed approach between the foreign minister and the prime minister" .

The bloc asked the prime minister to clarify what was said in the statement, "adding that" this is an implicit recognition. "

"This position is not consistent with Iraqi politics and the national consensus of the Palestinian issue and rejecting normalization and recognition of the Zionist entity."

Similar topics
» Reference Najaf rejects the insistence of state law to hold on to unite with al-Maliki as a candidate for prime minister
» On the politicization of tomorrow's demonstrations: Let the people exercise their constitutional right
» Maliki is still insisting on sticking to his position and the position of prime minister
» Parliamentary Finance
» Statement (Prime Minister)