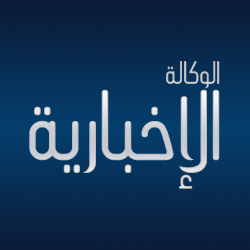 Speaker of the House of Representatives Mohamed Halboussi met with a parliamentary delegation led by Senate Majority Leader Mitch McConnell.

During the meeting, according to a statement by the Halbusi media office received by the "news", "discuss bilateral relations between the two countries, and ways to strengthen them in all fields."

"The extremist terrorist organization is not only targeting Iraq but targeting the world, and the international community must unite to fight it," he said.

He added that "Iraq made sacrifices on behalf of the whole world, and achieved the military victory with the blood of his sons and the support of friends, including the United States of America, and must defeat terrorism completely, there are pockets and sleeper cells, and we believe that this is another challenge needs to continue cooperation between Iraq and its friends ; To eliminate this organization and extremist ideology; for a prosperous, secure and stable Iraq. "

He added that one of the challenges facing us is the return of displaced people and their stability, and the provision of services to citizens. We call on international companies, including the United States, to enter into investment. Iraq needs two types of projects, including long-term ones such as oil and energy, Conditions are now more favorable than at any other time, and economic partnership between the two countries must be strengthened through projects that reach citizens directly.

For his part, McConnell expressed the commitment of the United States to support Iraq and respect its sovereignty as a strong ally away from any danger and threat, and to work to build economic relations that serve the interests of the two friendly peoples.

Similar topics
» The ministerial meeting of members of the International Alliance confirms the commitment to support Iraq and respect for its sovereignty
» Iraq's support for security and humanitarian .. Highlights of the final statement of the meeting of the International Alliance
» An American-Iraqi strategic dialogue: a matter of interests and expectations
» Jones: We support the vision Abadi reform and respect the right to demonstrate and affirm Iraq 's sovereignty is sacred
»  US Secretary of Defense confirms Ebadi for his country's support to the unity and sovereignty of Iraq