[size=36][rtl]Al-Kaabi: Iraq has begun to regain its pivotal position in the region[/rtl][/size] 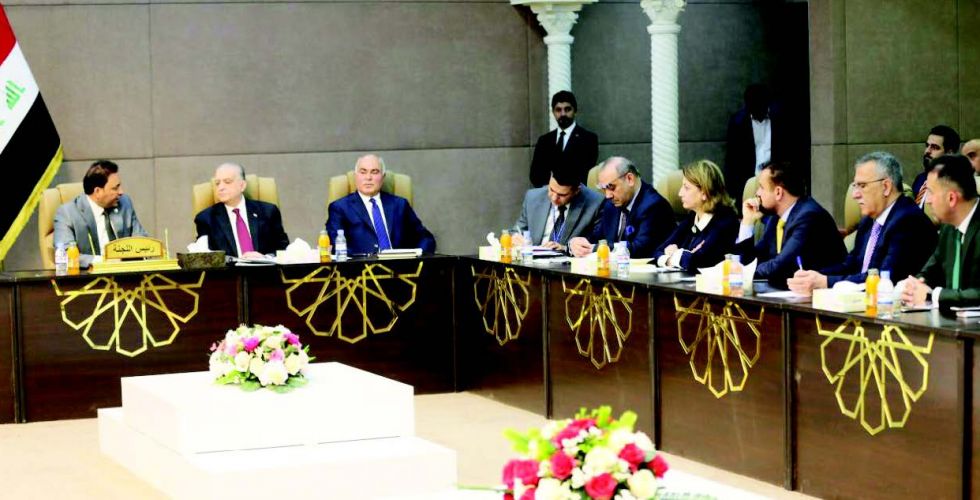 Baghdad / Al-Sabah
The First Deputy Speaker of the House of Representatives Hassan al-Kaabi said that Iraq has begun to regain its pivotal position in the region and the world, through the recent diplomatic moves that resulted in the signing of many economic and trade agreements.
A statement by his media office, received by al-Sabah, said that "al-Kaabi chaired the meeting of the foreign relations committee in the presence of Foreign Minister Mohammed Ali al-Hakim and the undersecretaries of the ministry. During the meeting they discussed a number of issues related to Iraq's foreign policy, And the joint tripartite meeting between Iraq, Egypt and Jordan on the creation of a transmission line connecting the Gulf to the Mediterranean Sea, as well as reviewing the results of the coordinating committees with neighboring countries to resolve the outstanding problems of demarcation of regional borders and waters.
"The recent diplomatic moves to Iraq, which resulted in the signing of many economic and trade agreements and the formation of coordination councils with neighboring countries, were good steps to restore the central position of Iraq in the region and even the world," he said.
Al-Kaabi stressed that "Iraq now differs from what it was after 2003, as it was removed by the security and economic problems and the war on the organization calling on the terrorist to exercise its effective regional, Arab and global, and to restore its place lies with the Ministry of Foreign Affairs as the gate through which our country achieves its political, And in other sectors. "

Page 1 of 1
Permissions in this forum:
You cannot reply to topics in this forum
Who is online?
In total there are 165 users online :: 2 Registered, 0 Hidden and 163 Guests :: 2 Bots