Zig the back story must be pretty interesting for you to come to a site that you know has a chat that no one uses to try to find people to participate in a chat that does not even exist.

Hmmm...I wonder if Nash would jump on my ass if I started a chat room and "politely" asked for donations... 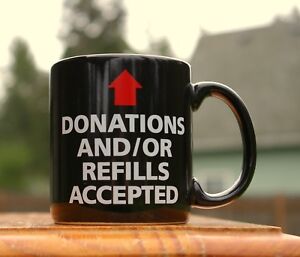 Could it be how the narrative is controlled?

Could it be the hypocrisy of certain websites getting favoritism, but others get deleted on sight?

It certainly can't be about the advertising, but how about how the chat is advertised?

It certainly can't be about people not blowing hopium all over the place and then not made to feel welcome, or is it?

All that's well known, and not just with IQDCalls.


Hey, what do you think about Dinar "RV" Guru Dave Schmidt landing himself in jail?

@Zig wrote:Hmmm...I wonder if Nash would jump on my ass if I started a chat room and "politely" asked for donations...

Only if your collecting more that it costs. LOL

There have been a few chat rooms that say what it costs, and what they collect, then wait until it runs out before asking for more.

Nash, No doubt a lot of the con artists in this community should be locked up...as for the chat: Sometimes it's just time to move on and try it yourself...will not say anything bad about the other chat...Of course we all are different...so in my own chat I would do things MY WAY...one thing I would not have done is delete any of Sam's posts (links)....okay...still thinking about it...hope everyone stays safe in these dangerous times.....Later.....

@Zig wrote:Nash, No doubt a lot of the con artists in this community should be locked up...as for the chat: Sometimes it's just time to move on and try it yourself...will not say anything bad about the other chat...Of course we all are different...so in my own chat I would do things MY WAY...one thing I would not have done is delete any of Sam's posts (links)....okay...still thinking about it...hope everyone stays safe in these dangerous times.....Later.....

Just in from Zig:

@Zig wrote:No doubt a lot ALL of the con artists in this community should be locked up

@Zig wrote:No doubt a lot ALL of the con artists in this community should be locked up

Fixed that for ya.

LOL...Just kidding...hope you will participate in my chat room if I decide to do it...

Well Zig...There's no reason that you can't post topics of your choice in this forum.

There are quite a number of categories already, but one could be made, if it needs to.

Ponee can also make a featured members blog for you, and it certainly could be named Zig's Asylum - The Mind Wanders/Wonders. LOL

One of the benefits of you making new posts is that it will reach the 2,000 new twitter followers DD has had this year, and the daily newsletter.

True...I never spent that much time chatting per se.....the best chat rooms are those that have many dozens of participants so the same people don't hang around chatting for a long time...and when a chat room ends up with only the same 5-10 people chatting all day long it probably is time to close it...honestly IMO the best thing about a chat is when you get an interesting discussion between 2 people like Sam and Kaperoni...who can be civil while strongly disagreeing...

That was replying to Ponee I guess....

Well that's really not my thing, Nash...my thing is building something, like a huge chat room...I pretty much built that other chat...that chat was really something a few years ago...unbelievably active and diverse....Yes there was a lot of trouble there at times but was also fun....the challenge for me would be to build another chat room which is even bigger and better....so I'll see....of course I could lose interest again quickly....lol....who knows....getting tired of following this whole thing......later.....

I have become irrelevant and archaic and it happened overnight!!

So stop being a spectator.

If you really want a chat where you hear daily what people's woes are, what they are ailing from, and what the weather is, go for it, but why not spend that time learning how revaluations and devaluations work?

You get bonus points for redenominations...LOL

Thinking more about it, I most likely will not start my own chat....not worth the trouble....

Enjoyed this thread, most of you guys and girls have a great sense of humor......funny.   Zig, I drop in on your old (most previous) stomping grounds from time to time and that place........ well, it just needs to be covered up, it is already dead.  I stayed for awhile expecting at least a eulogy and here is what I witnessed while waiting.  Reading thru that days posts, I found there are at best 5 people who even post anymore and two of those are mods (LOL).  I am guessing why they made that Bxtr person a mod is he and the Dg guy were inseparably up each others' butts so instead of paying for surgery to separate, they just accepted them.  LOL  That day Bxtr gave about 3 hours of weather chatter and Dg made reference of about 8 personal things he was doing that day.  Guy has to be very insecure and seeking attention........ from those other 4 people mind you.  LOL.   Think he mistakenly thinks he is on FB with all the simple minded things he posts, thinking people really care that he has to go to trim his toenails (just a simpleton example).  LOL  Not one mention of IDQ (Calls) etc though which is hilarious itself since that is the name of the site.  Those 4 or 5 people remind me of guys sitting around a table at a nursing home trying to figure out a way to pass the time of day. Sad.

On a side note, and on a previous visit. I read and had to do a little math that one of those 4 or 5 who is there any time I have ever visited and is always fretting that he needs an RV to happen.  According to what he said and a little ciphering by Jethro, the guy probably had $1200 invested and you would have thought he had $50K.

So Zig. yes you need to start a chat as all the others are the pits.  At "Kick The Can Again"  Frank&Minions (not to be confused with Frankincense) have to approve before a post can go up........believe me I have tried and never got one past the iron gate.

We all know about TNT.   WSOMN....... when it first started it was a fun place to hang out and poke fun at the other sites and it was the anti TNT.  That did not last long though as all the mods were like most mods and that newly found authority went to their heads and most everybody was banned for breaking the "law."

Now all you have there is an old man surfing dinarland observing the tea leaves and posting nonsense as if it is his own studies.  Laughable..... putting it mildly.

So go ahead and start a chatroom and keep it lite and open to most subjects, put a choke chain on your mods and it should be successful.  And don't worry about getting to the game late, there is still lots of time as you yourself have noted.

Still in the "thinking about it" stage

However, it would be different I can assure you of that....there would be NO MODS....Nobody would ever get banned....Hopefully Sam and Kap could resume their discussions....lol....we'll see....maybe even Nash would show up...

and hopefully you and many others would "participate".....would not want the same 5 people talking about the weather all day long....

No mods would get you lots of chatters.

Remember that I was a Mod....the power goes to your head believe me....I made mistakes, overreacted to some things...and a mod has to enforce someone's rules, not their own...so I often disagreed with the owner....and when you have more than one mod they also will disagree....a big problem....so I always wanted to try things MY WAY and experiment....I think it would be interesting....people would not have to fear being themselves....and looking over their shoulder, etc....but ya never know until you try something new....lol....it could go sour....

Good Day!!...Love my Dunkin' coffee...lol...and I admit to eating an "occasional" doughnut....anyway I am still thinking

Good Day Peeps....Well I am about 90% sure that I will indeed launch my own chat room sometime this month...It will be different...as I like to experiment....Hopefully Ponee will allow me to put a copy of it somewhere in this forum...I will use the same company that the other chat uses....Now I won't have many rules but they do and I will post those....but unless they complain to me I will not interfere with much....there will be no mods....I will of course be the Admin....Nobody will ever be banned....Okay....I hope that many here will "participate"...I will definitely put a link to this forum in my chat posts no matter if the chat is here or not...I think "claud39" does an excellent news-hound job....okay....it could be fun or could be a bust and I end up closing it quickly....lol....we'll see....I am usually successful when I put my mind to doing something....have a nice day!!....