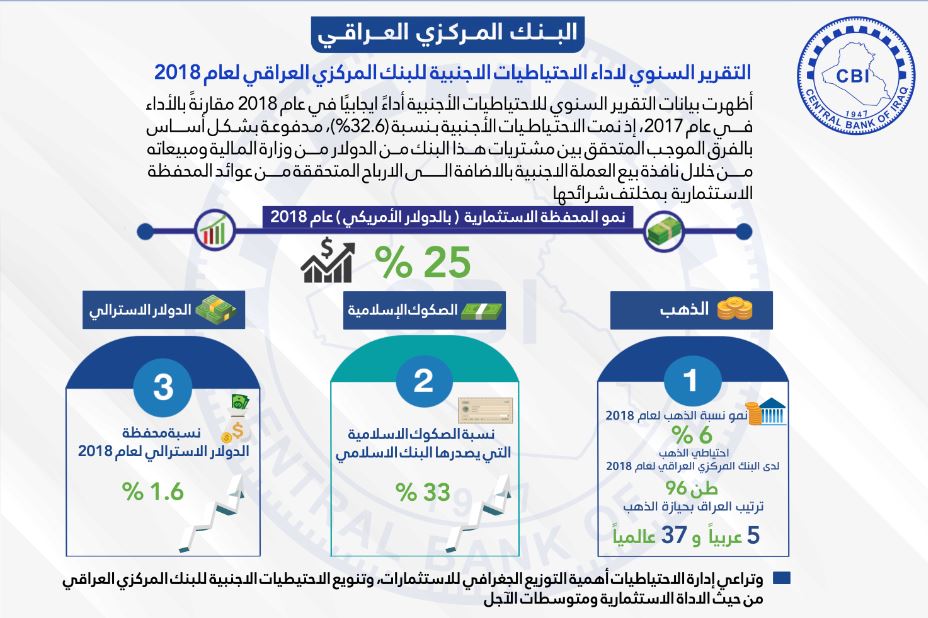 Positive performance of foreign reserves in 2018 by 2017

Performance in a positive

In 2017, a net increase of 6.32% was recorded in terms of gross domestic product

In order to ensure that there is no problem with the development of the system, it is not possible to

Check the output size of the printer

Total cost of construction of buildings and structures 2018 25%

More than in 2017, it will continue to be the largest country in the world.

The conversion of a large part of the other currencies resulting from the maturity of certain instruments on their behalf,

I have sent a letter to the Director General

, While the total number of people in the West Bank and Gaza Strip remained stable,

The gold reserve is ranked 37th in the world and 2018. Iraq is ranked fifth in the Arab world

In addition, there has been a significant increase in the number of projects currently under way.

In this context, the Board of Directors of the United Nations Development Program

They are often referred to as the original formula