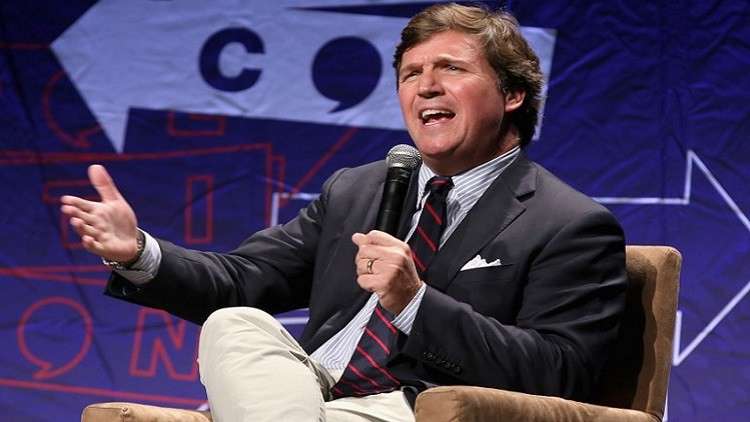 
US President Donald Trump has called for the support of an American broadcaster who has insulted Iraq and Iraqis.
Trump, in Twitter tweets, called for the "victory of Tucker Carlsson," a broadcaster for Fox News, which has been widely criticized for leaking earlier statements including racial insults to Iraq and Iraqis.
Media Matters has published a series of caricatures of Carlson that directs offensive language to various segments of society.
Among the recordings is a passage from 2008, in which he described Iraq as "a disgusting place filled with a group of illiterate primitive primates, and for that reason it was not worth his invasion."
"I do not have any sympathy with the Iraqis, because they do not use toilet paper or eat food with a fork and they have to keep silent and obey," he said, noting that Iraq can only be saved "in some way, while Iraqis have decided to act like human beings."

Re: Trump calls for victory US announcer faces racial insults to Iraqis

Both are pieces of $HIT

Page 1 of 1
Permissions in this forum:
You cannot reply to topics in this forum
Who is online?
In total there are 210 users online :: 1 Registered, 0 Hidden and 209 Guests :: 3 Bots