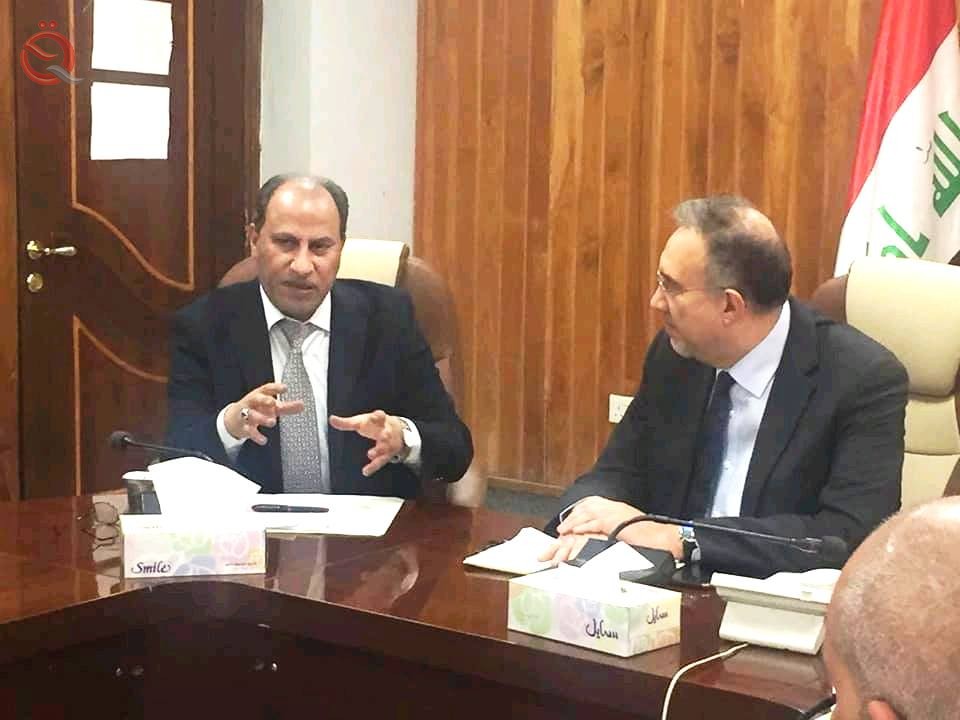 The governor of Dhi Qar Yahya al-Naciri said on Sunday that the Ministry of Electricity promised to meet the demands of the local government and that the rate of processing during the next summer is better than previous years, stressing the importance of joint cooperation to overcome the electricity crisis and develop radical solutions.
Yahya al-Naciri said during a joint press conference with the Minister of Electricity Luay Khatib held in the Office of the province and his follow-up, "Economy News", that "all the requirements and needs of the electricity sector in the province were discussed during the coming period and emphasize the importance of joint cooperation through communication with all staff of the ministry of To overcome the electricity crisis during the summer season next. "
He added that "positive results have been reached on this side and the ministry has responded to the demands of Dhi Qar and we received promises that the proportion of processing is better than last summer and certainly we need the cooperation of citizens in this area."
For his part, Minister of Electricity Luay Khatib said that "the rate of improvement in all sectors of production, transport and distribution will be 15% from last year in the framework of solutions set by the ministry and within its powers and allocations for this year."
He added that "this improvement will not stop at a certain level because plans and agreements with international companies and with friendly countries and donors will have a role in accelerating the reconstruction of the electricity sector in light of the current directions of the central government."
Al-Khatib said that "the Ministry of Electricity stood on the priorities of the province of Dhi Qar in the electricity sector through this visit, and will be the processing of electricity and stability of the distribution process this year better than last year, and will involve the management of Dhi Qar plan this year and the development of quick and important Radical solutions to end the electricity crisis in all of Iraq and the province of Dhi Qar in particular. "

Page 1 of 1
Permissions in this forum:
You cannot reply to topics in this forum
Who is online?
In total there are 106 users online :: 3 Registered, 0 Hidden and 103 Guests :: 2 Bots