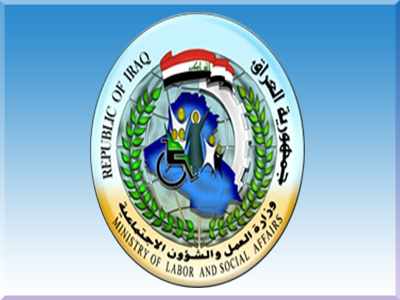 BAGHDAD / The Ministry of Labor and Social Affairs announced on Thursday the launch of a new batch of full-time salary in Baghdad and the provinces.

The ministry said in a statement received by SNG that "the former recipients of the province of Baghdad from 1-4-2019 via the smart card (master card) to the recipient, and direct delivery to those who did not receive the presence of the designated only with the original documents of the parties to those who did not receive the Master A military or civilian card at the headquarters of the Commission. "

He added that "for non-recipients of the province of Baghdad for the years (2016-2017-2018) starting from 8-4-2019 during the update of data and the certificate of life and inspection and receive the receipt of the salary directly and in the presence of the designated and disabled with the original and photocopy of the parties and photos of (2) Military or civilian at the Iraqi-Korean center. "

He added that "the new coverage of 2019 will be announced later as the salaries will be launched after the completion of administrative procedures and medical examination according to the dates for review," pointing out that "the distribution of salaries of the provinces in places determined by the sections of the care of people with disabilities and special needs in them."

Page 1 of 1
Permissions in this forum:
You cannot reply to topics in this forum
Who is online?
In total there are 151 users online :: 1 Registered, 0 Hidden and 150 Guests :: 2 Bots