[size=36]Officially .. Barzani announced the abolition of the savings system in the salaries of employees of Kurdistan[/size] 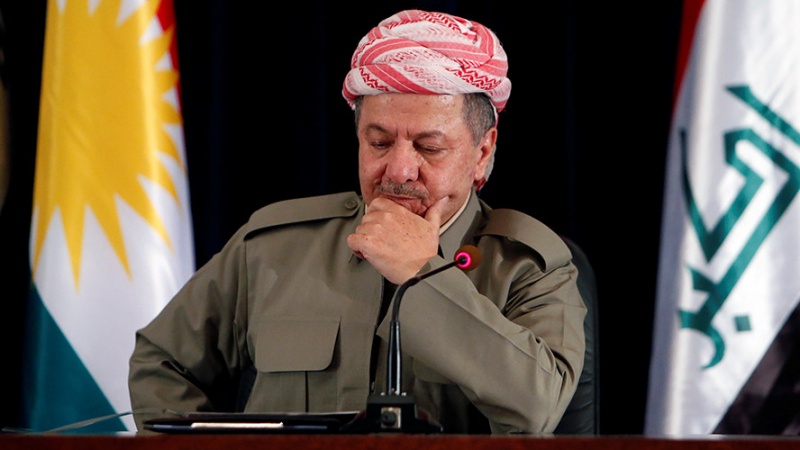 [ltr](Baghdad: Al-Furat News) The Kurdistan Regional Government announced on Friday the abolition of the savings of salaries of employees as of March.[/ltr]

[ltr]The head of the regional government, Nechirvan Barzani, told a news conference that "it was decided to cancel the savings of salaries of staff of the region," stressing that "the salaries of employees for the month will be spent in full and without saving."
He added that "the implementation of savings began three years ago to the conditions of financial conditions, expressing the government's thanks to all employees, teachers and Peshmerga for understanding and cooperation for reasons of saving decision."[/ltr]

[ltr](Baghdad: al-Furat News) The Council of the Kurdistan region of Iraq just a meeting on the abolition of the system of government savings on the salaries of employees.[/ltr]

[ltr]"The Kurdistan National Union (PUK) will send a delegation to Baghdad to resolve the problems between the province and Iraq,
A statement by the provincial government said earlier Friday that the Prime Minister of the Kurdistan Regional Government of Iraq, Nirvvan Barzani, will hold a press conference this afternoon at his headquarters in Erbil. [/ltr]

The Council of Ministers of the Kurdistan Region on Friday issued two resolutions, one of which eliminates the mandatory savings of salaries of employees, and resolving the differences related to the oil and financial sector between Arbil and Baghdad.
sequel..

The Prime Minister of the Kurdistan Region, Nezhirvan Barzani, on Friday to cancel the savings of salaries of employees and workers in the public sector in the region.
"I am pleased to announce that this month it is decided to abolish the compulsory saving of the salaries of the employees," Barzani told a joint news conference with his deputy Kibad Talabani and Finance Minister Ripaz Lahlan, adding that salaries would be paid in full and without deduction.
He added that "as is known to all the people of Kurdistan that because of the difficult situation that we passed and that were beyond the will of the government of the region and since 3 years ago, we took a decision to save and we were forced on him and the fact was not easy on me and Qabad Talabani."
"Barzani said that" the decision to cancel the savings could not have been taken without the understanding of the people of Kurdistan and bear them, and we have previously pledged that at any time we get to the conviction and we can cancel savings, we will not hesitate in that It is time to this day to say that savings has been And we have fulfilled what we promised before the people. "
He stressed that the main reason for the issuance of the savings decision was not from the Government of Kurdistan, but is due to the federal government cut the budget of Kurdistan, and the war against the organization of Dahesh, and delegations of more than one million and 500 thousand displaced on the region.
On the differences and outstanding issues between Arbil and Baghdad, Barzani said: "We hope to get good results with Baghdad in resolving these differences and not offer the people of Kurdistan again to the punishment."
Barzani concluded by saying: "We thank the Kurdish parliamentarians in Baghdad and the honorable Prime Minister Adel Abdul Mahdi for his understanding of the issue and his efforts to cancel the savings. We also thank the Minister of Finance of the Federal Government Mr. Fuad Hussein who has been on the line with the team responsible for rescuing savings.

[ltr](Baghdad: Al Furat News) The Council of Ministers of the Kurdistan region, two decisions during a meeting held on Friday, and one related to the mandate of the Regional Council for oil and gas to start serious talks with Baghdad.[/ltr]
[ltr]The Secretary of the Council of Ministers of the Region, Amang Rahim, at a press conference in Erbil, the text of the resolutions issued during the meeting and the signatories of the President of the Government of the Territory, Nechirvan Barzani, noting that "the first Resolution No. 141 states the following:
First: Cancel the decision of the Council of Ministers No. 64 on 3 February 2016 to save part of the salaries of employees of the Kurdistan region.
Second: With regard to the amounts saved, the Kurdistan Regional Government will seek to compensate these amounts in the framework of talks with the federal government.
Third: The concerned authorities and ministries implement this decision.
The second resolution No. 142 stipulates that "the Regional Council for Oil and Gas in the Kurdistan region to initiate dialogue and serious talks with the federal government to resolve the outstanding problems between the Kurdistan region and the federal government for oil and finance under the Iraqi constitution and towards providing the share of the Kurdistan region and its financial benefits."
The oil minister, Thamer Ghadhban, said earlier: "I am very optimistic about the commitment of the region to deliver 250 thousand barrels per day and export through the national company {Sumo} according to the law of the budget of 2019," noting that "a constructive meeting was held with the President of the Government of the Territory, "He pointed out that" the region currently produces 420 thousand barrels per day, and will reach 550 thousand barrels by the end of the year. "[/ltr] 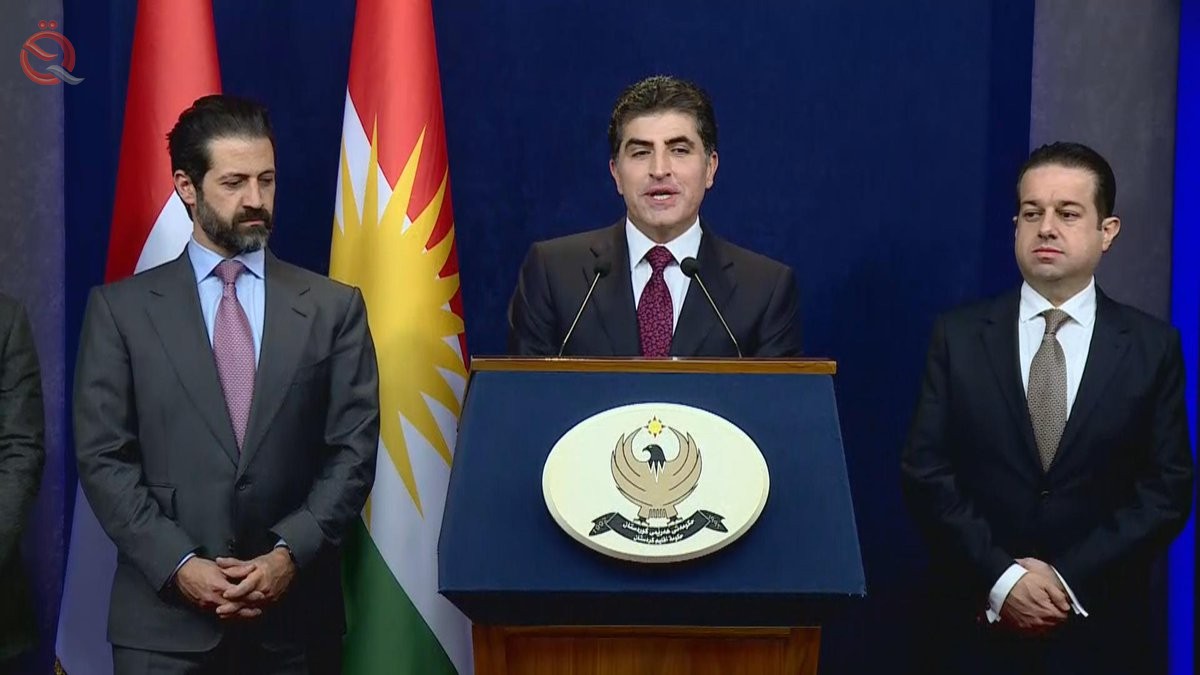 The Kurdistan Regional Council on Friday issued a resolution to resolve disputes related to the oil and financial sector between Arbil and Baghdad .
"The Council of Ministers has taken two decisions during today's meeting," said Secretary of the Council of Ministers of the Region Amang Rahim in a joint press conference with the spokesman of the government of Kurdistan Sven Dzai.
He added that "the first decision is to repeal the decision in 2016 to save the salaries of employees in addition to that the Kurdistan Regional Government will make serious efforts to pay the dues that it gave to the employees to save in dialogue with the federal government . "
He added that "the decision to cancel savings comes into force from the date of issuance and published in the official newspaper of reality in the Kurdistan Region . "
He explained that "the second decision is to proceed with the recommendations of the Supreme Council of Oil and Gas in the beginning of dialogue and serious negotiations with the federal government to find a radical solution to the oil and financial differences and the framework of the Iraqi constitution." 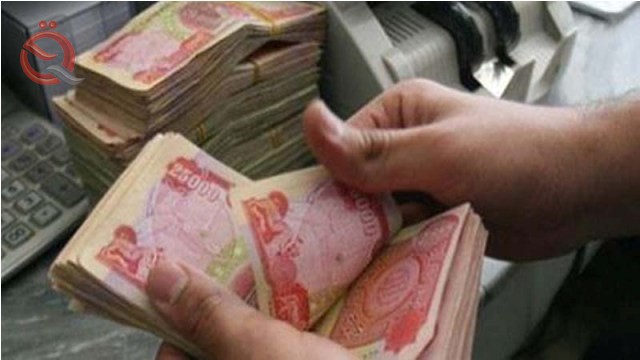 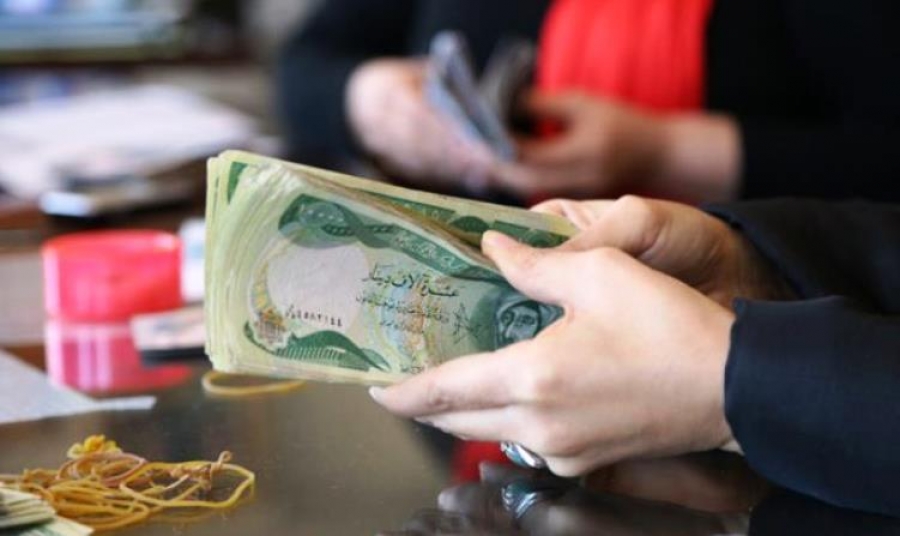 Deputy Prime Minister of the Kurdistan Regional Government, Qubad Talabani, Saturday, the decision to abolish the system of saving the salaries of employees in the region.
Talabani, in a statement received / Mawazin News / a copy of it: "as promised previously, and gladly announced the head of the provincial government, Nechirvan Barzani instead of the Council of Ministers the decision to abolish the system of saving the salaries of all employees in Kurdistan.
"I have said many times that we did not want to make a decision to save employees' salaries, but the war against Da'ash, cutting off the region's budget, the collapse of oil prices and the massive wave of displaced people forced us to make it a temporary solution."
Talabani said: "All we say a little to thank and appreciate the position of the staff and the Peshmerga and security forces and retirees and families of innocent martyrs and political prisoners and beneficiaries of social security and people with special needs, everything we say to the level of patience and sacrifice, where they proved their loyalty in the past.
And the deputy head of the Kurdistan Regional Government, that "the Kurdistan government will make all efforts to spend those financial allocations saved from the salaries of employees to them within the framework of dialogue and negotiation with the federal government."
He pointed out that, "however we have today to delight the hearts of employees, we will also work and we will commit to the relentless efforts to create employment opportunities for young people, and we will work day and night to restore the movement to markets and strengthen the private sector and open the doors of investment to return the smile to everyone, Our employees only, but to serve all the people of Kurdistan. "

Page 1 of 1
Permissions in this forum:
You cannot reply to topics in this forum
Who is online?
In total there are 190 users online :: 0 Registered, 0 Hidden and 190 Guests :: 2 Bots

Today at 9:56 pm by RamblerNash

Today at 9:53 pm by RamblerNash