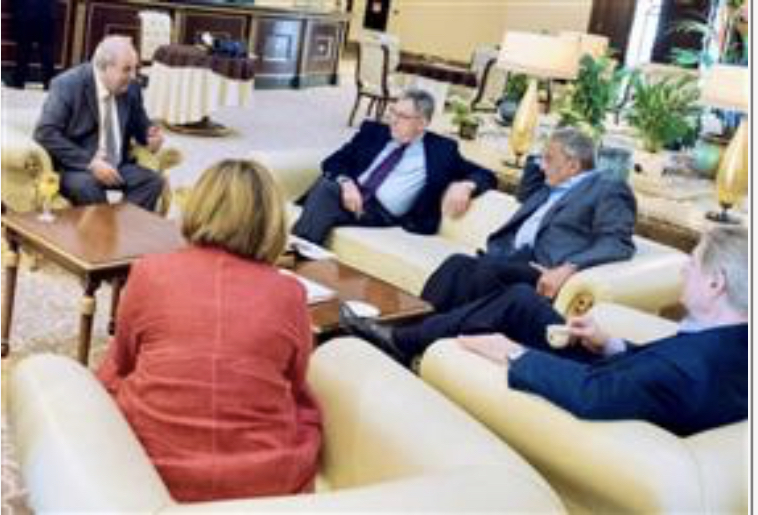 Mr. Ammar al-Hakim told a high-level Arab delegation: Iraq can only be a bridge between the regional teams

[ltr]Mr. Ammar al-Hakim told a high-level Arab delegation: Iraq can only be a bridge between the regional teams[/ltr]

[ltr](Baghdad: Al Furat News) The head of the Coalition for Reform and Reconstruction, Mr. Ammar al-Hakim, in the presence of a number of leaders of the alliance with the Council of Arab and International Relations, the political developments in Iraq and the region as well as discuss the challenges on the Arab and international arena.[/ltr]

[ltr]A statement of his office received the agency {Euphrates News} a copy of it, that Mr. Ammar al-Hakim during the meeting, that "Iraq is a big mistake on the road to stability, such as victory over the dashing and victory over sectarianism."
He also pointed out "the importance of large alliances transiting components," noting that "talking about such alliances until recently was a fantasy."
Mr. Ammar al-Hakim told the audience that "they are guests of the Alliance for Reform and Reconstruction, a nationalistic alliance where all the constituents of the Iraqi people are present and their representative."
He stressed that "political stability, which entails the stability of security, economic and development can only be achieved by alliances with national addresses where citizenship is the basis."
Mr. Ammar al-Hakim also referred to "the formation of the current government," stressing that "it was the result of an agreement on the assignment of an independent personality and granted by some blocks the right to assign independent ministers."
He pointed out that "Iraq has presented a model in the consolidation of democracy and can only be a bridge between the regional teams."
He expressed his wishes to the delegation composed of political figures who headed Arab governments and institutions of good residence in Iraq and that the presence of such delegations reflects a beautiful picture of Baghdad and the reality of life in Iraq. "[/ltr] 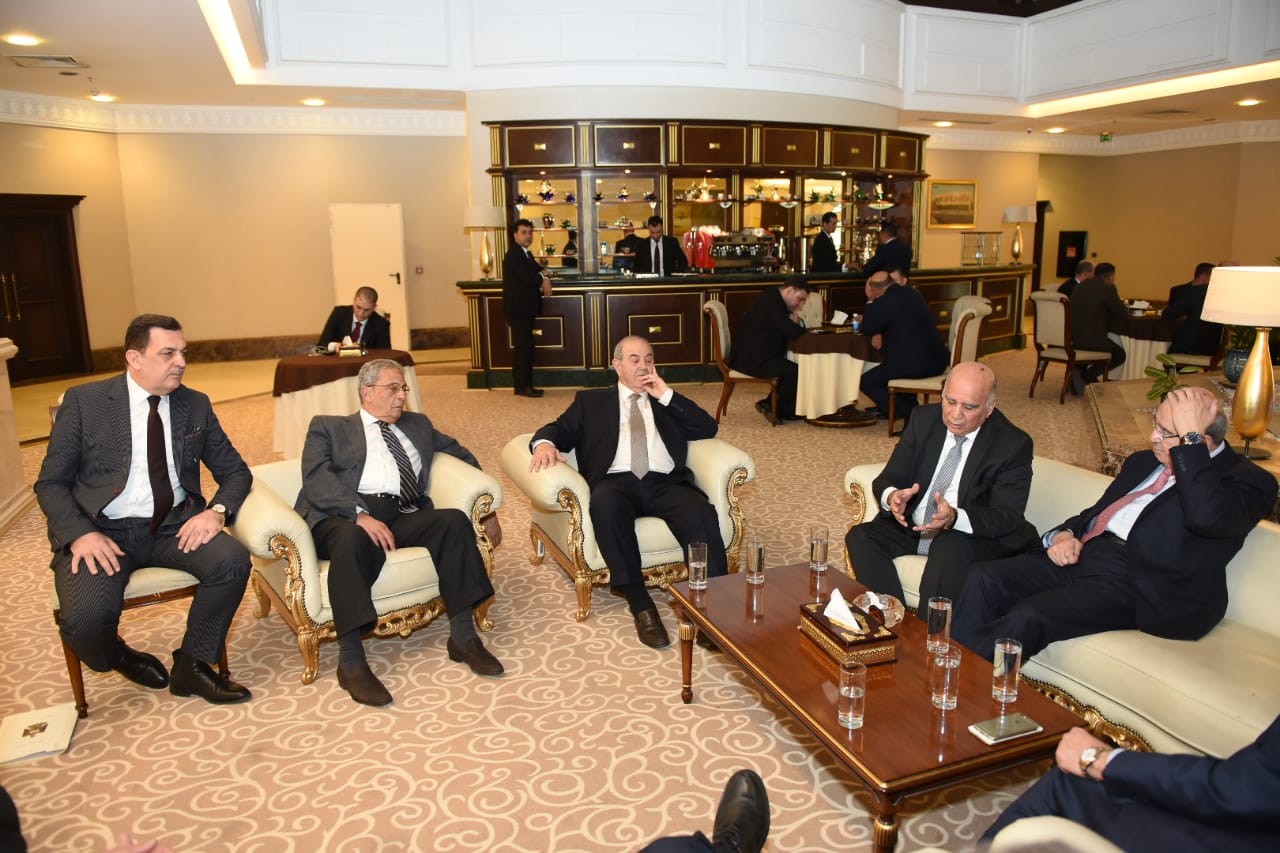 Mr. Fuad Hussein welcomed the members of the visiting delegation and wished them a good stay in Iraq.
During the meeting, they reviewed the history of joint Arab relations and exchanged views, information and experiences in the fields of economy, finance and politics. 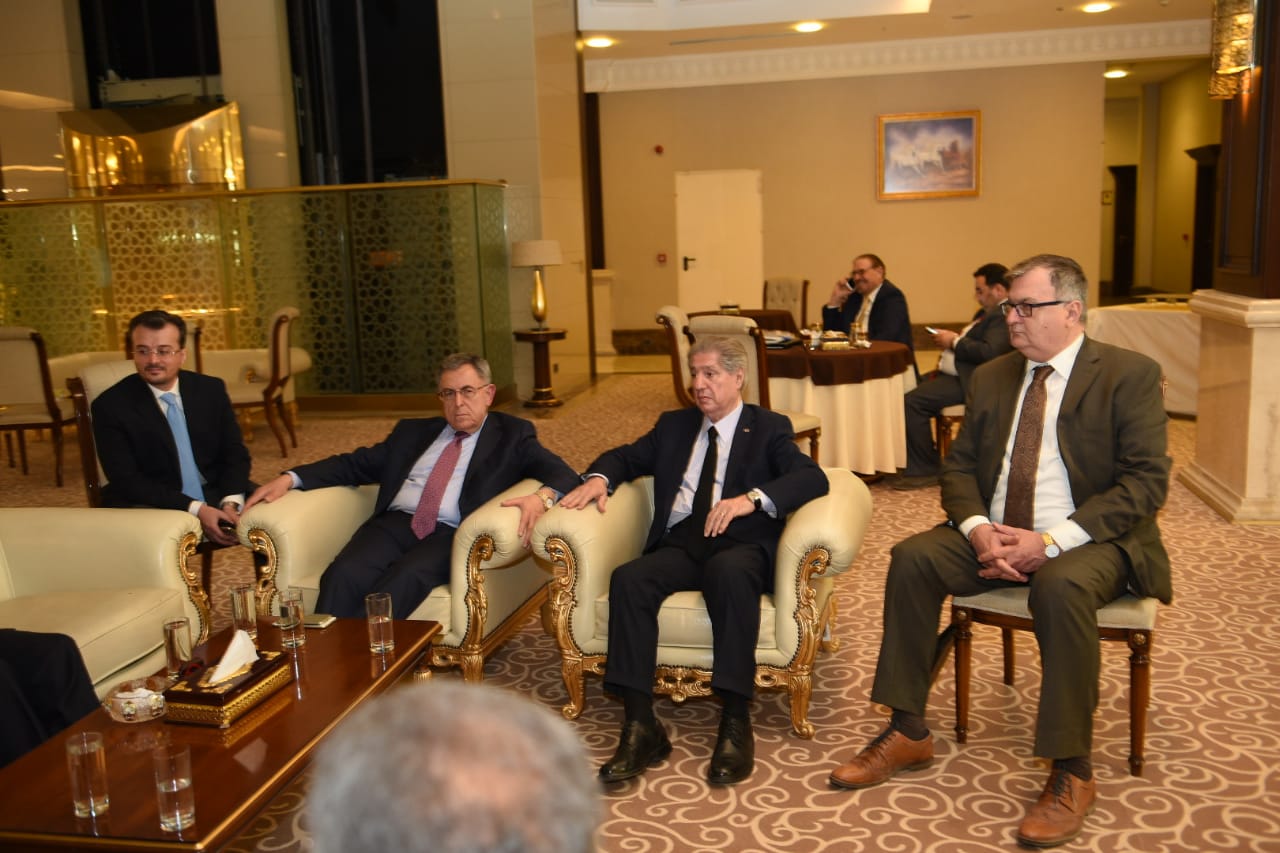 The political situation in Iraq and the countries of the region and its challenges and problems related to international and internal conflicts affecting the Middle East region, tensions, military crises, water and electricity, and the fluctuation of oil and currency prices were also discussed.
The Deputy Prime Minister also listened to the experiences of the Arab leaders during their leadership in our contemporary history and highlighted the challenges at that stage and the lessons learned to benefit from them.

Allawi: The Council on Arab and International Relations confirms the support of Iraq and the need to return to the Arab incubator


Allawi: The Council on Arab and International Relations confirms the support of Iraq and the need to return to the Arab incubator 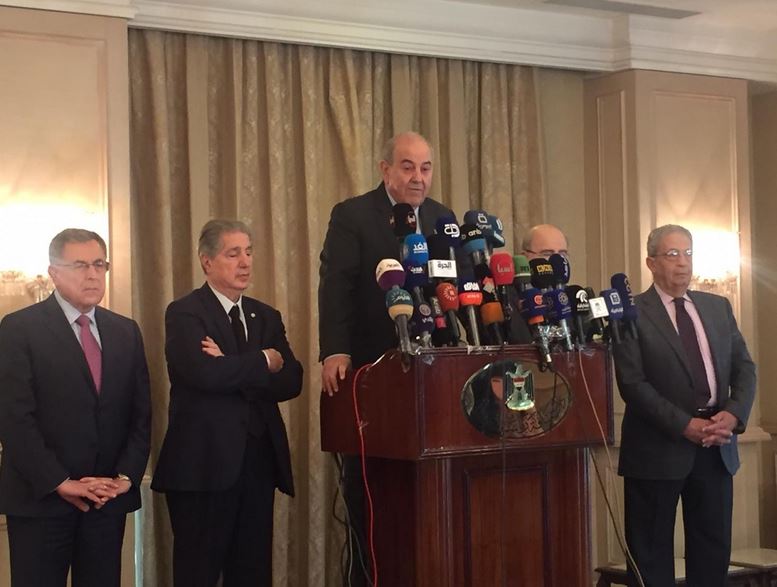 The head of the National Coalition, Iyad Allawi, said the Council on Arab and International Relations works to support Iraq and the need to return to the Arab incubator and be a bridge for communication in the region.
Allawi said in a press conference held this morning members of the Council on Arab and International Relations at the headquarters of the Council of Ministers in Baghdad that "the Council seeks to overcome the crises and outstanding differences and the unification of Arab and international efforts.
"We have met with Iraqi officials, heads of state, foreign ambassadors, a high-ranking US delegation and the Russian ambassador. We have reached new visions. We will work with them to return Iraq to its pioneering role and a fundamental part of the Arab community," he said.

Page 1 of 1
Permissions in this forum:
You cannot reply to topics in this forum
Who is online?
In total there are 53 users online :: 1 Registered, 0 Hidden and 52 Guests :: 4 Bots