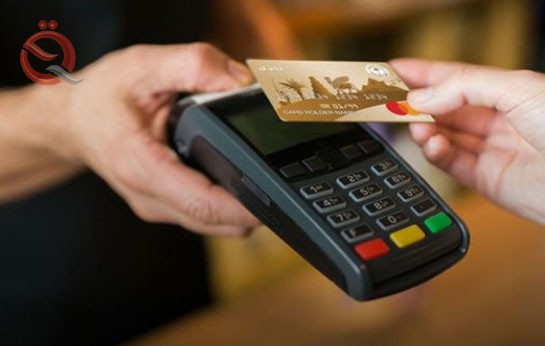 Al-Rasheed Bank announced on Sunday that it will grant advances to retirees of up to (8) million dinars and without a sponsor.
A statement by the bank received the "Economy News" a copy of it, "The bank issued instructions today regarding the grant of retirees holders of the MasterCard card (Nakheel) an advance of up to (8) million dinars," noting that the grant of advances does not need a sponsor.
He added that "the amount of the advance starts from (3_8) million and according to the salary of the pensioner and for a period of (3) years interest rate of 7% per annum and called all retirees to review the branches of the bank deployed in Baghdad and the provinces.


Where the currency is based on the purchase and sale of currency (dollar) from the customers of.

Where the currency is based on the purchase and sale of currency (dollar) of the customers of the bank and the official departments and companies are based on the market prices to the nearest stock exchange and through a committee in the branch consists of 3 authorized personnel and benefits the bank profits from sales and Purchase and commissions. A commission of 4% is imposed on the Bank's purchases of small currencies (less than $ 50). 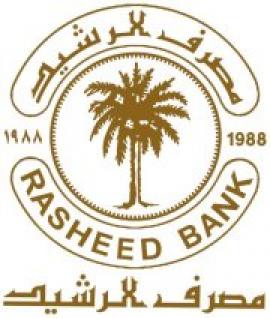 ABOUT THE BANK
Welcome to RASHEED BANK Website. We hope that your visit will be fortunate and successful in gaining information put by the Bank at your disposal.
Rasheed Bank h d been established under (Law #52, 1988) and subjected to State Companies’ Law (#22,1997). On 4.Dec.2001 its capital became 2 billion Iraqi Dinar. Rasheed Bank aims at contribution in supporting national economy through creating jobs it performs as they are represented by the following:
1- Comprehensive commercial banking.
2- Investing funds locally and abroad.
3- Financing all economic sectors according to development plans.
4- Providing banking services in the area of internal transactions of current and saving accounts, fixed deposits, making loans and micro loans (in Iraqi Dinar and foreign currencies) and credit facilities for individuals and corporations.
The Bank also provides its services of various foreign transactions of opening documentary credits, collecting bills, issuing LGs and making foreign exchange to and from Iraq.
The Bank performs its business in the framework of laws and regulations valid in Iraq. Its business and accounts are subject to the auditing of the Supreme Audit Board.
The Bank has (138) branches: (61) in Baghdad and (77) in the rest of the governances. The Headquarters of the Bank has (13) departments and (56) divisions.The Bank has (13) branches in Kurdistan Region governances.
The Bank has yearly plans. It works on their implementation and has a strategic plan whose marked elements are:
- The Bank is about to make fundamental reforms concerning restructuring of all its parts.
- Plans to train human resources.
- Providing new banking services including Islamic banking.
- Integrated banking IT system.
- Bank communication net.
- Introduction of modern office means.
- Expanding establishment of banking relationships abroad.
- Opening new branches locally and abroad.