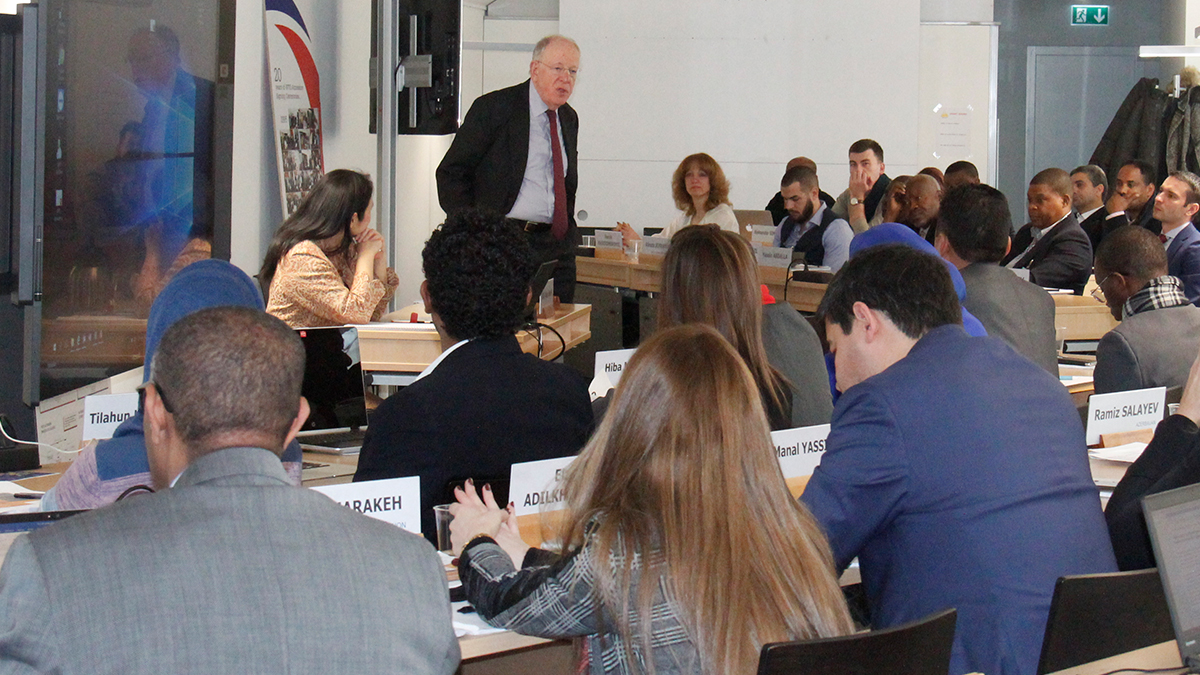 The objective of the seminar was to give participants in-depth information on the legal issues. The aim is to enhance awareness of the content of the recognition of the legal disciplines.

During the two-week training course , participants had the opportunity to draw on the experience of experts from across the WTO on specific areas of WTO rules. Participants also knowledgeable in the field of access to WTO members - both original members and members of the WTO. In addition, the seminar provided a platform for experience-sharing among the participants, who are now directly involved in their countries' accession negotiations.

Deputy Director-General Alan Wm. Wolff welcomed the participants and facilitators to the experience of the 36 members who have joined the WTO since it was founded in 1995. DDG Wolff highlighted the success of the accession process 24 years and under the benefits of the higher education standards of living for their people.

"The WTO covers some 98% of the world's trade and the WTO has not yet reached the WTO. "DDG Wolff said," They are more likely to have a better business opportunity for their businesses than a better standard of living for their people.

"The world economy has grown dramatically since the first multilateral trade rules were in place under the GATT in 1947. Measured by per capita GDP, global economic well-being is five times what it was in 1947 and it has doubled since the WTO was In contrast, before the WTO existed, it took 70 years for global per capita GDP to double, "DDG Wolff added. See his full speech here .

During the seminar, it has been highlighted that the WTO membership has a positive effect on the credibility of government policies while promoting transparency and the rule of law.

One of the successes of the WTO has been the expansion of its membership and the continued stream of applications from governments to join the organization. Of the 58 member states that have had access to the WTO under Article XII of the Marrakesh Agreement since 1 January 1995, 36 have successfully completed the process and 22 are currently in accession negotiations .


Any State or Customs territory enjoying full autonomy in the conduct of its trade policy may become a WTO Member ("accede" to the WTO) on terms agreed with all Members of the WTO. For this, a working group composed of WTO Members is established and a negotiation process is initiated.