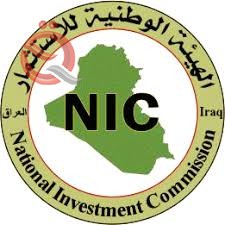 The National Investment Authority announced on Thursday that the year 2018 saw the granting of 257 investment licenses at an estimated cost of more than 8 billion dollars distributed across the various economic sectors.
The Authority said in a statement received by "Economy News" source said that "these investment licenses were distributed by (88) leave granted by the National Investment Authority and a number of investment agencies of the provinces administered by them according to the system No. (2) for 2009, (Diyala, Babel, Najaf, Diwaniya, Dhi Qar, Maysan and Basrah). "
The statement added that "of these leaves (4) licenses for strategic projects and cost more than (3) billion dollars."
The statement pointed out that "the investment permits granted, amounting to (88) vacation distributed to (12) economic sector (21) vacation for the commercial sector, one holiday for the leisure sector, one vacation for the telecommunications sector, and (6) holidays for the education sector, (4) holidays, health (6) holidays, industrial (16) vacation, and the energy sector was a share of holidays (14) leave with (2) licenses for power stations and (12) leave for collection.
According to the statement, the number of licenses granted by the investment bodies in the other governorates, except the provinces of Kurdistan region, reached (169) licenses by (12) licenses for the Anbar Investment Authority (66) licenses for the Baghdad Investment Authority and (10) The investment of Karbala Holy and (26) a license to the Investment Authority Wasit and (32) license to the Muthanna Investment Authority and (15) a license to the Investment Commission of Kirkuk, "stressing that" all applications submitted by investors are examined in accordance with the provisions of the Law No. 13 of 2006 As well as communication with investors for the purpose of completing the documents and requirements stipulated by the law of investment And the relevant regulations in coordination with the departments of the single window, economic, legal and technical in the Authority and the competent ministries (especially the owner of the land) and non-associated with the Ministry and the provinces.

Similar topics
» Parliamentary Finance
» Baghdad Investment Authority granted 44 investment licenses for the industrial and agricultural sectors since 2010
» Learn about Parliament's vision of institutionalizing and fighting corruption
» National Investment Authority: 1100 investment projects currently in Iraq
» Al-Haddad discusses with the President of the National Investment Commission the support of the Authority's efforts in legislation and laws to enhance investment opportunities and implement service projects