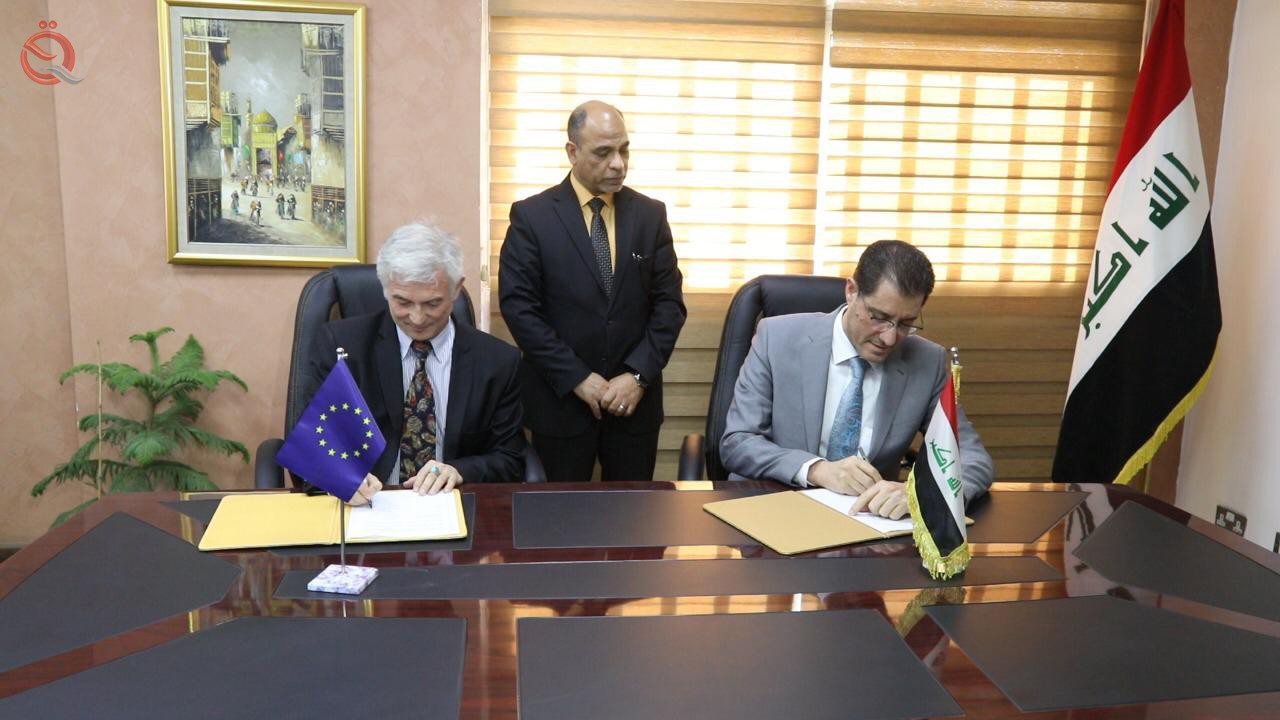 The Ministry of Planning signed an agreement with the European Union (EU) to implement economic projects worth 41.5 million euros.
"Today we signed an agreement with the Ministry of Planning for an amount of 41.5 million euros to activate the work and implement a number of projects in the province of Basra and the rest of the other Iraqi cities," said the European Union ambassador to Iraq, Ramón Belkwa, in a press conference with the Minister of Planning Nuri Sabah al-Dulaimi in Baghdad.
"The agreement is a continuation of the agreement signed last December by the European Union's commitment to Iraq through the provision of employment opportunities and the implementation of economic and service projects. It also confirms the commitment of the Union to its commitments at the Kuwait conference," he said. The economic interface of Iraq and therefore the development of something important for Iraq. "
For his part, said Minister of Planning Nuri al-Dulaimi that "Basra suffers from many challenges and need projects to promote them," stressing that "the ministry will support this province and stand on its needs and go to them to complete these projects."
"The European Commission and the Government of Iraq today signed a € 41.5 million financing agreement to support socio-economic development by creating jobs and generating income in war-affected areas of Iraq , " the European Commission said in a statement. And the financial crisis. "
"Under this agreement, the EU will promote measures to support urban development in Mosul, Basra and rural areas of Ninewa governorate, allowing vulnerable young people, women and returnees to create income opportunities and provide services in response to their needs. This program will be developed within three Ingredients".
"The first component will focus on urban areas and will seek jobs or access to income through the reconstruction of buildings of historical cultural significance and economic revitalization of the old cities of Mosul and Basra. This project will be implemented by the United Nations Educational, Scientific and Cultural Organization (UNESCO) as part of the main initiative Mosul neighborhoods ".
"The second component will focus on the rural areas of Nineveh under the auspices of the Food and Agriculture Organization (FAO), which will support the re-energization of rural economic activities to allow sustainable return and reintegration of returnees into their communities of origin by increasing income opportunities and improving service delivery."
"The third component will support entrepreneurship for young people by providing technical and financial support and services, making it easier for young people to launch their entrepreneurial projects."
"The agreement reinforces the 72.5 million euro development aid package launched last December, which shows the EU's significant support for development efforts in Iraq," she said.
"The European Union in this agreement signed today continues to fulfill its commitment to support the Iraqi government in the reconstruction and revitalization of the country's economy," said EU Ambassador to Iraq Ramon Blakeau.