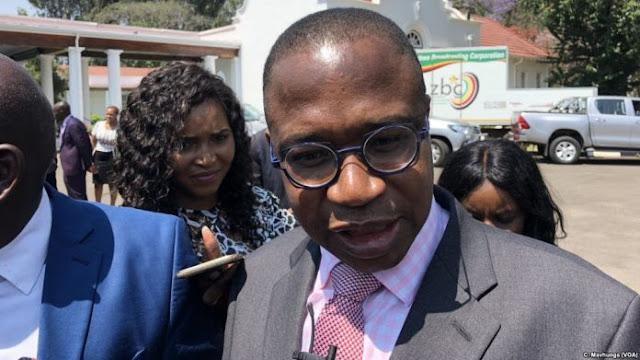 Zimbabwe should brace itself for a new currency within the next month, the Mail and Telegraph has learnt.

Sources close to the developments say the currency was already printed in March last year and is being kept safely at the vaults by the Central Bank.

The sources said the currency could not be introduced due to a number of political factors and confidence boost but the currency is likely to be launched within the next month.

They said the currency will be backed by gold and that government has been purchasing the gold through Fidelity Printers and Refiners (FPR).

Gold deliveries to FPR for 2018 hit a record 33, 2 tonnes up from 24, 8 tonnes the previous year as Government led stakeholder efforts to upscale production begin to bear fruit.

Ncube made the revelations during his address at the Global Shapers Community meeting held at the Celebration Center two weeks ago.

“We are less than 12 months away from currency reforms,” he said.

In an interview with Bloomberg in Davos, Switzerland on Monday, Ncube also hinted that he was implementing a cocktail of measures that include enforcing fiscal discipline, cutting runaway Government expenditure as well as increasing compliance on the country’s revenue collection front in order to create an enabling environment for the reintroduction of the local currency.

“A lot needs to be done before the introduction of the Zimbabwean currency, which first of all is fiscal discipline, making sure we bring the budget deficit into single digits and that runaway Government expenditure is curtailed.” he said.