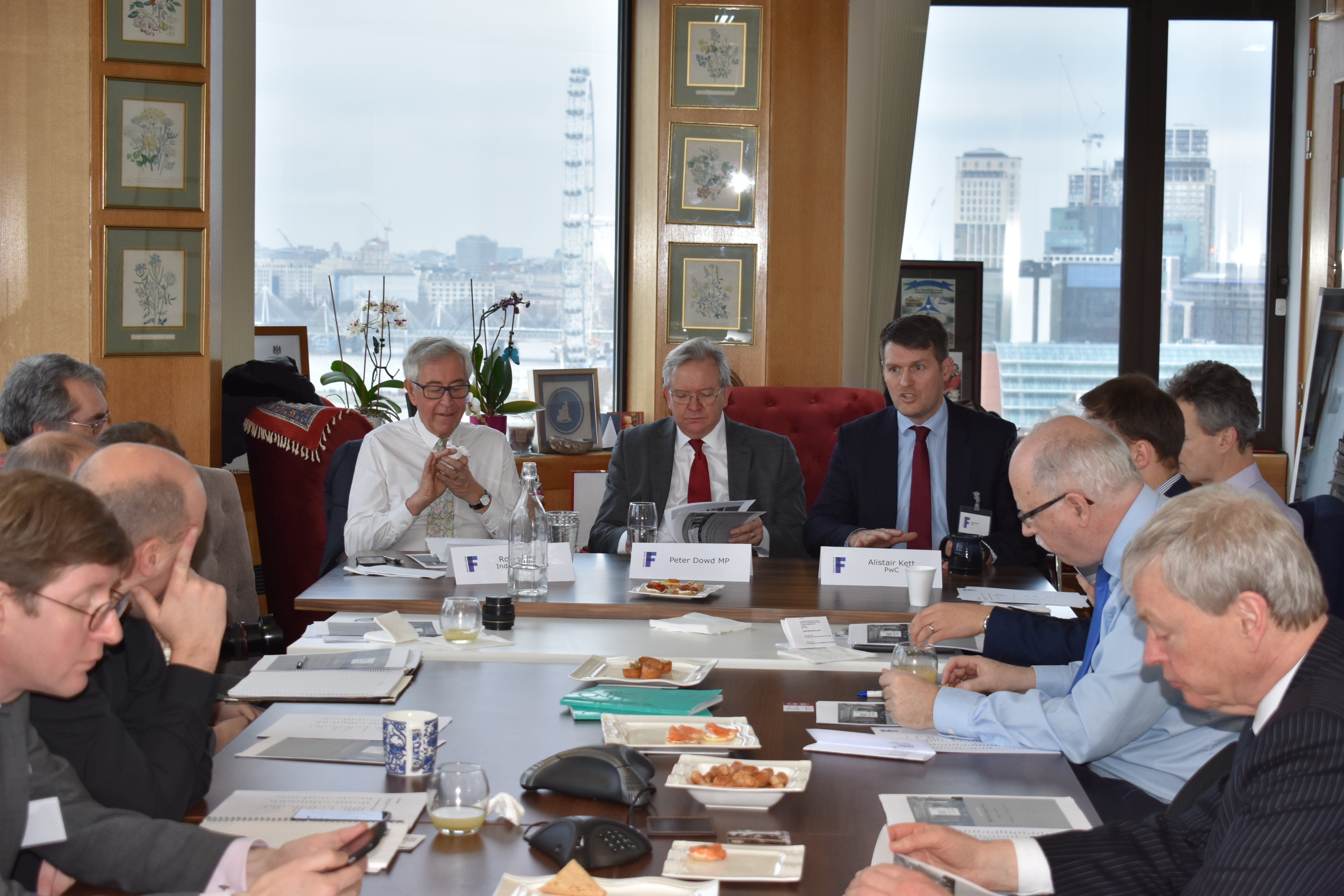 Iraq Britain Business Council held an Industry Forum Meeting with Peter Dowd MP, Shadow Chief Secretary to the Treasury on 23 January at our offices in Westminster.
Topic: Focusing investment to boost the economy
The aftermath of the 2008 banking crisis followed by Brexit uncertainty have hampered UK economic activity for a decade during which productivity and real wage growth have stalled and the gap between the prosperity of London and the southeast, and the rest of the country, has grown. Labour’s plans to reinvigorate the economy include a greater use of fiscal policy to invest directly in infrastructure and skills, the establishment of a national investment bank, and the extension of public ownership in some industries. Peter Dowd MP, Shadow Chief Secretary to the Treasury, outlined key points of these policies and discussed their implications.
Peter Dowd gave a presentation to members on the Shadow Government’s short and long term strategies to address current inefficiencies in the UK economy, as well as plans to boost and sustain economic growth in Britain. He emphasized the general underperformance of UK’s productivity nationally and regionally as direct results of 9 years of fiscal austerity and business investment being at its lowest level since 2010. Mr Dowd also highlighted Labour’s plans to drive finance towards infrastructure, tech innovation and other key sectors including Transport, Energy, Digital, Education, as well as increasing the focus towards combating climate change.
The meeting hosted 25 members of the private sector community in London as well as representatives from IBBC members. Alistair Kett, of IBBC Member PwC and IBBC Executive Committee Member, chaired the Q&A.