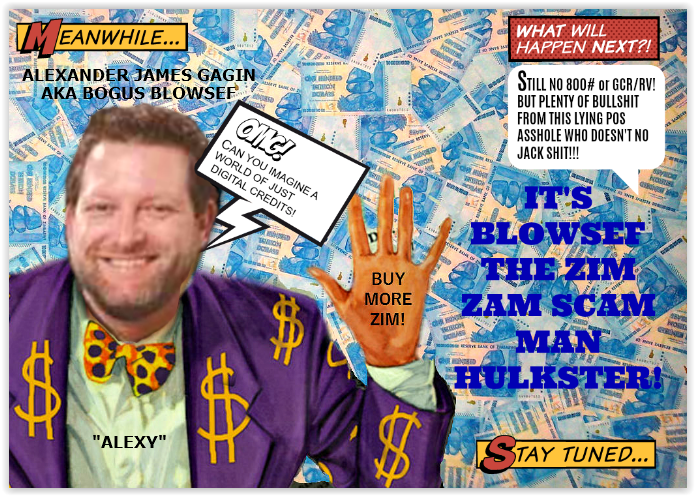 Emergency text release between 12 to 4am EST -- Sunday or Monday morning due to MLK holiday.

Have your phone charged & turned on.

Best of luck swimming in the abyss.

HSBC's undisclosed new Private Bank is really an analytics hub for the intake and data collection of “early adapters” of an infinite resource experiment.

That’s right, you’re a fresh space monkey strapped into a rocket ship without a destination or limitation.

They kept selling Zim to create more data points... because the illusion of money (quantifying the soul) is being eliminated from the human experience.

Ultimately, all will achieve full resource accreditation, but to begin, those with the genetics dispensation are first to test the new 5D reality.

Making how much you take irrelevant, yet what you do after be gifted absolute freedom the real prize for the NPTB.

Adjustments to the global algorithm will then be made for future subjects.

Based on Zimlandia’s actions, the net number on national allowances will be adjusted accordingly.

The other currencies are also experiments, intended for data harvesting on each continent (Asia, Africa, Middle East, Central America) regarding age, race, culture, religion and politics.

Know that the RV is a dedicated science experiment focusing on the absence of limitation within the human genetic theater after millennia of forced limits.

Disclosure levels and degrees of truth to be released will also be monitored based upon our transactional habits and social interactions.

The RV, therefore, is a temperature reading for universal engagement into higher realms of central sun consciousness, and wherever you choose to enter the algorithm begins your fresh, new statistical history through an abstract versus constructed reality.

Things that make ya go hmmmmmmm.

Oh yes, the snowstorm on the east coast this weekend ain’t no snowstorm—it’s cover for the mothership to guard over the densest population bases, specifically in New York, New Jersey, Boston, Pennsylvania and Virginia.

Welcome to the future.

Imagine a whale swimming at a slow pace with thousands of smaller fish swimming in his wake.

That’s is until the whale begins to pick up speed and head towards the surface for a breach.

The fish are left behind, the surface is broken and the beautiful whale breaches out of the water for all to see.

It happens quick, ultimately with the whale going back into the water and the fish returning to his wake.

But it happened. And if you knew where the whale was you could see it’s magnificence.

Well, the RV whale will breach out of the water, and if you know where to look you might just witness history.

But it will be fast. Brief. And historic.

Military redemption security operatives say the majority of privates will be contacted, processed and home within 6-8 hours (10-12 hours with bad weather).

5% will never redeem for a variety of reasons.

Making all these weeks, months, years and decades of research an exercise in preparation and faith, just to know where the RV whale was when it decided to breach.

Was it worth it? For some. Not for most no. That’s why so many left or lost interest. Not their walk to save the world.

And why your requested and received redemption rate does not matter. Nor your humanitarian plan.

It’s all about the journey. That you stood of something noble and were accurate in its attainment.

As the RV suddenly breaches, know the worthiness Zim will suddenly be treated as precious cash.

And it can be spent as cash. It’s just digital. Thus paperless. Which is a nice way of saying your physical bond notes are theoretically invaluable, but will no longer exist as form... just theory.

But in your mind they are real because you took the long, hard journey. And whatever your belief threshold was led you to this moment of redemption... which now becomes reality.

HSBC knows that 95% of all Zim redeemers will request less than a face value deposit, with 5% asking for more than the screen rate.

In exact contrast—based on test exchanges—95% of currency exchangers will be taking the screen rate face value, with only 5% asking for more.

Making the Zim a spiritual exercise of earth transition and the currencies but a physically act of transactional value.

NPTB found that a deeper commitment to serve humanity exists in Zim holders. They treasure people, while property is prioritized by currency
*****************
>>>TNTBS's YouTube Channel<<<