What is available? There are many sources. One that I believe to be reliable is Banknoteworld. You can buy Zim in all denominations. They will sell you a ten pack of 100T Zim notes/bonds for $2500. They have a video proving that these are genuine.

Now lets get realistic. Lets say you have a spare $25,000, not a large sum, and purchase 10 packs, 100 of the 100T notes/bonds. You will be given documents showing it to be a legitimate purchase, and who you purchased from.

1. The PTB are keeping track of all Zim being purchased and who did the purchasing.

2. You get notified, by whatever manner, make your appointment and proceed, with your Zim to the place of redemption.

3. While you are there and in process, your Zim is verified. Lets say the on screen rate, since it is unknown, is .01, one penny. Do you actually think, remember you are only one of many, perhaps a million, they are going to give you $100 Trillion dollars?

4. Of course 100 100T Zim note/bonds is a paltry sum to someone of wealth. I could have purchased 10 or 100 times that amount. The point being that this scenario simply does not make any common sense. I do not care who has said what , or who has what well thought out philanthropic plans.

5. Do you think that bankers, or any controlling faction of this,so called, GFR, is going to allow this to occur? Simply put....NO it will not happen.

So if the Zim notes/bonds are legitimate, in what manner will the redemption take place? I believe that a limit will be set for the amounts that will be distributed. It will have to be some amount that is reasonable, to allow the Reset of world finances for the benefit of humanity and to establish this earth, rebuild it, in every respect necessary. Also to allow the recipients of this wealth to continue in this never ending process.

I believe that the amounts of the redemption's, because they will be so varied, will be equalized by adding zero's to the right of the decimal point. In this way the zero's will remain, not taken off the notes/bonds themselves. the less of the amount that one has, the fewer the amount of zero's.
Ex. 1, 100T Zim x .000001 = 100,000,000

This, of course, is just an example,the amounts, of course to be adjusted by those who have the full picture of the needs of the GFR, and the needs of the participants in the philanthropic process. It will also reduce the greed of the individuals who over purchased for self serving reasons.

What I am saying is, there has to be a method to control this redemption process or it will fail. You cannot give out 100 trillion $'s to any human and believe something positive will always come from that act. Historicity proves that point.

KUU wrote:I believe that the amounts of the redemption's, because they will be so varied, will be equalized by adding zero's to the right of the decimal point.

Worthless.  Always will be worthless. 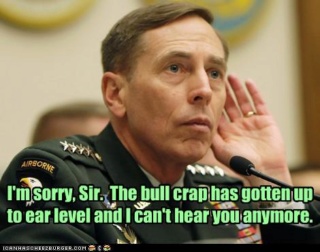 Similar topics
» Lets Talk MURDER new comentary
» Why The Talk Of A No Confidence Vote Against Iraq’s Premier Maliki Remains Just Talk
» More from Johnnywg,;Jonnywg posted in 3S's chat saying the UST was called back this 6AM 11/26/2011
» Guru Backdoc skips the santa talk and goes for the OZ talk
» No More Dinar Talk - People's Talk Radio

Page 1 of 1
Permissions in this forum:
You cannot reply to topics in this forum
Who is online?
In total there are 48 users online :: 1 Registered, 0 Hidden and 47 Guests :: 3 Bots