BAGHDAD - The
United Nations High Commissioner for Human Rights in Iraq on Saturday called on the government to take effective measures to address the suffering of citizens in the province of Basra.
"The Iraqi government is required to take realistic measures and not a patchwork to address the suffering of citizens in the province of Basra," the UNHCR said in a statement received.
The head of the government, in his capacity as chairman of the council, called on Iraq's Supreme Committee for Water to "respond to the demands of the protesting citizens and the protesters in Basra and intensify the work of the Ministry of Water Resources and the Ministry of Health and Environment to eliminate the phenomenon of water salinity and pollution.
And warned of the "consequences of the continuation of the executive government agencies represented by the Ministries of Water Resources, Health, Environment, Housing, Construction and Municipalities in the districts of the province of inaction and delay and deliberate delays in the completion of service projects to ensure the delivery of drinking water to citizens of Basra province and eliminate the crisis of water pollution as it is a flagrant violation of the International Covenant on Rights Economic, social and cultural rights " 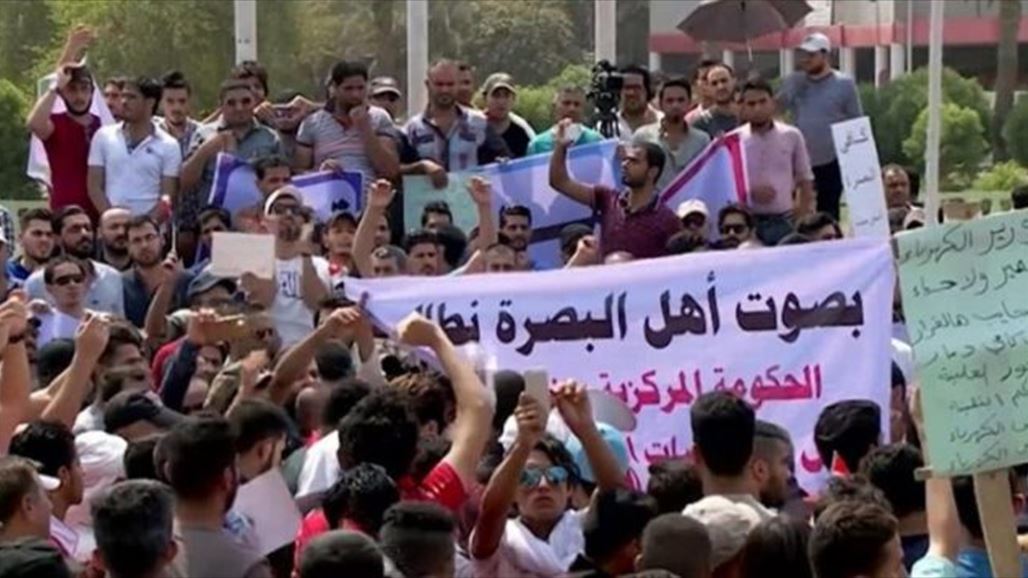 
The High Commission for Human Rights in Basra, on Sunday, the concern of the occurrence of "violent" protests north of the province, and called on the local government to contain the demonstrators and seriously consider their demands, and not to use violence against them.

The Office of the High Commissioner for Human Rights in a statement received, Alsumaria News, a copy of it, "the Office is following with concern developments in the protest movement in the district of the city north of Basra, and the occurrence of injuries and arrests," adding that "the Office calls on the local government, , To listen to the demands of the demonstrators, to apply the principles of human rights, and not to use live bullets against them. "


The Office called within the central government to "look at the situation of Basra seriously, and provide job opportunities for the unemployed, and review the file contracts of oil companies in terms of making precedence in the operation of the people of the province," adding that "the Office warns of the repercussions of repeated promises not in force, Real processors. "

The district of Ezzedine Salim (Hawair) within the district of Medina a few hours ago witnessed protests to demand jobs in the oil sector, and security forces dispersed the protesters, while reports were reported of injuries.

The province of Basra has seen during the past few months of protest demonstrations almost weekly to demand the provision of job opportunities and improve services and reforms and accountability of corrupt, and most of those events took place near the Office of the province, and some included burning tires and car parts of the streets.