Bill of the General Budget for the year 2019

BY  IRAQI NETWORK OF ECONOMISTS

To download the draft of the General Budget Act of 2019 and sent from the Council of Ministers to the House of Representatives on 19/12/2018 as a PDF file click on the following link
....

Papadon:  Frank, Are you saying the long weight (wait) is finished?

Noneb4him:  Why do you guys have to be all mathematical all the time with your division and multiplication? Lol

KBC123:  I think Frank might be saying he (they) are "lifting" the three zeros.  And that this will occur in three adjustments (sets).  Perhaps the final IQD value  after the RI (first set = 1:1) and an additional move up (2nd set) will be in the $3 range (3rd set).  Again this is just a possible interpretation and all IMO.   Or perhaps I'm just being too "creative" in my interpretation!

LondistancebikeRide:  There was a time way back when that could have meant 3 zeros lifted in 3 to 10 days we will see it

Tishwash:   Tamimi: the next parliament session will witness the completion of the ministerial cabin

The MP for the Fatah alliance Hamam al-Tamimi during his speech to the 'Tigris' that the government's insistence on calculating the barrel of oil at $ 56 negatively affects the citizen in light of the current low oil prices, noting that Iraq must rely on non-oil revenues,

called Tamimi, To the need for corruption at the border crossings, loaded with former Prime Minister Haider Abadi and the government responsible for failing to diagnose corruption and fight against all joints of the state.

On the crisis of completing the cabinet cab, Al-Tamimi stressed that the Fatah alliance would not be afraid of a secret vote on Interior Minister Faleh al-Fayyad, saying, "We will not allow the policy of me the arms that are intended by the rest of the political blocs by waving the people down to the street in the event of continued nomination Fayyad for the bag Interior, Indicating that the next session will witness the completion of the cabinet cabin and pass all the vacant bags'.

"We were surprised by the return of more than 300 members of the ministry to their jobs in Diyala province," Tamimi said, revealing that more than half of those who had returned to Diyala had handed over their weapons to an organization that was calling for the refugees when he was occupying Cities of the province ', he says.   link 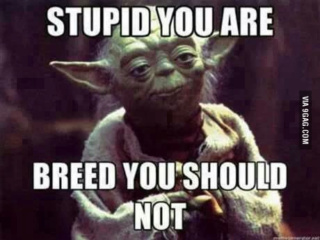