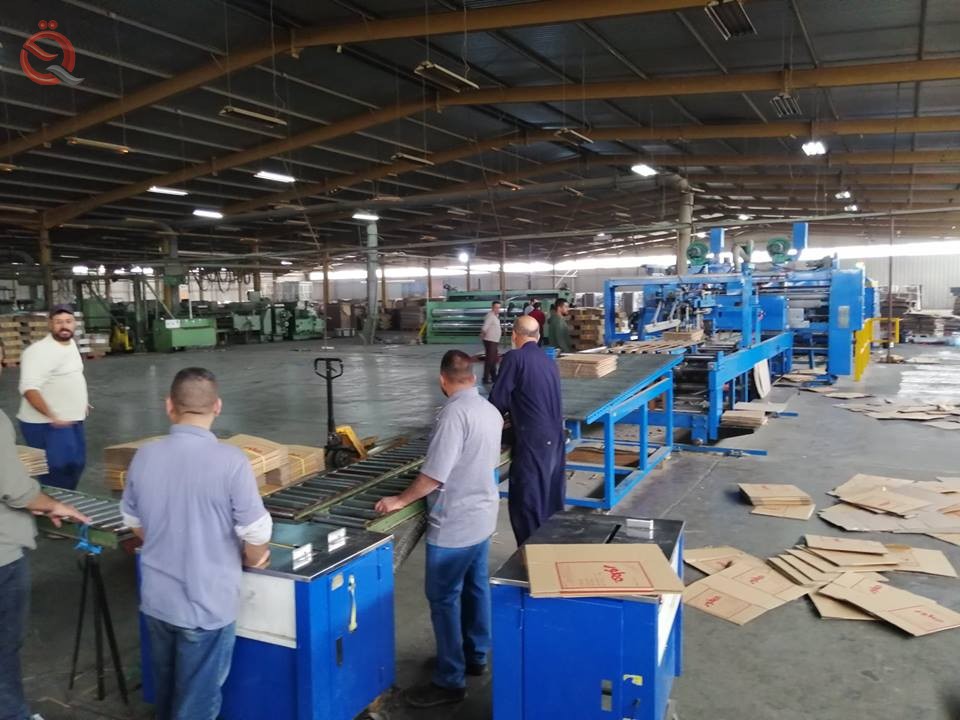 Baghdad Investment Authority will open the project of rehabilitation and development of production lines in the cardboard industries company, as the work of the project of rehabilitation and operation of the military sewing factory, is over.
The Chairman of the Board, Shaker Zamili, said in a statement quoted by the newspaper "Sabah" official and briefed by "economy News", "The Commission noted significantly the need to invest in the industrial sector to keep pace with the openness and development witnessed by the world in this area, economical development".
He added that "the Authority sought in this light to open the doors for investors from the private sector to take their role in the work and participate in economic development and encourage the national product to be a strong competitor with his importer."
"The project company is working to rehabilitate the old two-story lab and import sewing machines from modern international sources to produce," he said. All about military allowances and accessories. "
He pointed out that "the project will provide employment opportunities for the unemployed and will encourage the acquisition of the national product to take its place among the imported counterparts," explaining that "one of the most important benefits contained in the Investment Law No. 13 of 2006 amended to encourage Iraqi industrialists is the ownership of land allocated for industrial investment projects.
He added that "the law allowed the Iraqi investor to own the land allocated to industrial projects belonging to the state and the public sector, as well as the possibility of a partnership with the foreign investor in financing or management, and the local investor the right to buy land belonging to the private or mixed sector according to the system issued by the Commission.