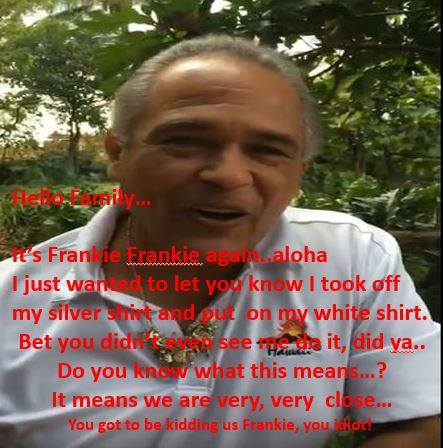 I'D LIKE TO SAY JUST A FEW WORDS ABOUT OUR STUDY.

WS (Walkingstick) AND I HAVE JUST TALKED FOR A LONG TIME..........IT'S AMAZING HOW TIME GOES BY WHEN YOU ARE HAVING FUN.

IMO.........WE WILL HAVE ANOTHER CC NEXT MONDAY BECAUSE TIME WILL BE BETTER ADVANCED TO SHARE.

Parliamentary Finance expects to approve the budget of 2019

The Parliamentary Finance Committee expected to approve the budget of 2019 at the end of January next. "We expect the 2019 budget to be approved by the end of January," committee member Siham al-Moussawi told AFP.

She explained that "after the first and second reading of the federal budget for 2019 remained the third reading and voting," noting that "there are sections in the budget need to discuss with ministries and stakeholders in the matter such as sectors of education, electricity and health will take us time, in addition to public holidays."

Moussawi pointed out that "the committee will start after the seventh of January next meetings with the ministries," asserting that "making adjustments to the doors mentioned need at least a month to proceed to vote on the budget." LINK

Popeye7 » January 1st, 2018
Well Folks, It is the 1st of January in Iraq, and taxes, and tariffs are to begin per articles... We should be seeing a rate at any time... I am excited because it would not make sense for them to place such a burden on the population without an increase in value of the dinar IMO... God bless, and may our Savior continue to guide, and direct us moving forward within all we endeavor to do... Popeye7

Mr. Ammar al-Hakim hopes for the new year a strong government and a parliaments

he head of the Alliance for Reform and Reconstruction, Mr. Ammar al-Hakim, blessed the Iraqi people and the peoples of the world by the new Gregorian year.

"We are pleased to congratulate our Iraqi people and other peoples of the world on the warmest congratulations and blessings of the New Year," said Ammar al-Hakim in a statement. "We are investing this opportunity to pray to the Almighty that the new year will be a year of harmony and peaceful coexistence. Wars or blood ".

"We hope that this will be a year in which human beings will understand the seriousness of the debates and attacks that endanger the security and stability of countries. We hope that in Iraq we will see a qualitative leap in political performance that results in a strong and harmonious government that is far from fragmented and narrowly divided." LINK

Rafidain warns his clients: We will turn the accounts "inactive" to the Central Bank
1st January, 2019

Called Rafidain Bank, on Tuesday, citizens to move their inactive accounts years ago in order to avoid freezing and transfer to the accounts of the Central Bank of Iraq.

"The public administration of the bank calls on citizens to move their dormant accounts that have existed for many years without depositing or withdrawing in their current accounts and saving," the bank's press office said in a statement.

He added that "the instructions and banking laws in force require the freezing of accounts suspended and inactive in the savings and current, which is spent seven years and transferred to the Central Bank of Iraq."

The statement urged customers to "avoid the inertia of their assets and avoid passive stasis by keeping cash in private places rather than known banks." LINK

Called Rafidain Bank, citizens to move their accounts inactive years ago in order to avoid freezing and transfer to the accounts of the Central Bank of Iraq.

"The public administration of the bank calls on citizens to move their inactive accounts that have been in existence for several years without depositing or withdrawing in their current accounts and savings," the bank's media office said in a statement received by the agency All Iraq. He pointed out that "the instructions and banking laws in force require the freezing of accounts suspended and inactive in the savings and current, which is spent seven years and transferred to the Central Bank of Iraq."

The Rafidain Bank urged its clients to "avoid the inaction of their assets and to avoid passive stalemate by maintaining cash in private places rather than known banks." LINK

Makusi: Presidential palaces will return to the state

The MP of the coalition of the Ra'id al-Mukusi, said Tuesday that the palaces and luxury houses in the Green Zone will be emptied of its inhabitants from former officials in the state, noting that the parliament has an orientation to evacuate those palaces and return them to the state.

"The parliament is going to return the palaces and luxury houses in the Green Zone to the state, where the subject will be raised during the next session of the parliament," al-Mukassousi said in a statement.

"The former government officials are still living in these palaces, which is a big mistake and is supposed to be handed over to the state after the end of the term of government," he said.

"These shortcomings will be returned to the government, especially since the reform is going on in this project, so that some people do not dominate the country's capabilities," he said. LINK

Labor to recover more than 17 billion dinars during 2018

The Ministry of Labor announced on Monday December 31, 2018, recovered more than 17 billion dinars during 2018, indicating that the recovered amounts included Baghdad and the provinces except Kurdistan.

The Director General of the Department of Social Protection in the ministry Jacqueline Saliwa, in a statement, "obelisk" that "the total amounts recovered from the transgressors of social welfare benefits during the year 2018 amounted to more than 17 billion dinars."

"Salwa said that" the amounts recovered from the transgressors on the salaries of social welfare included Baghdad and the provinces except for the Kurdistan region, "indicating that" the Department of the Fund continues to recover money from those who exceed the subsidy and at a growing pace."

The Council of Ministers has amended the decision No. 110 of 2011 to address the excesses on social welfare salaries and extended the payment installment period to ten years instead of five. LINK
*****************
>>>TNTBS's YouTube Channel<<<