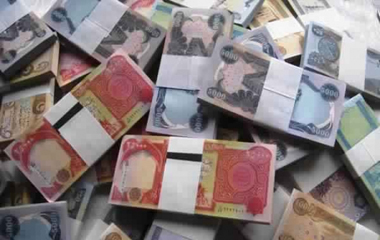 Private - Mawazin News
revealed a source familiar with the Public Integrity Commission, on Wednesday, the new details about the employee who was arrested before the day on charges of falsifying the funds of the Agricultural Bank.
The source told Mawazine News that "the defendant is a store official and the Agricultural Bank Fund in Dhi Qar and found 400 million Iraqi dinars in his possession," pointing out that "the decision of detention was based on accurate intelligence."
He added that "the accused has distributed from 800 million to one billion Iraqi dinars as a fake currency to farmers within the loans granted to them during the past years."
He explained that "the defendant was arrested in accordance with the provisions of Article 316 of the Iraqi Penal Code."
The security forces accompanied by the office of the integrity of Dhi Qar arrested during the past few days, the treasury official in the Agricultural Bank in Dhi Qar.