Arab agreement on the establishment of an apparatus to regulate the electricity sector in Iraq, Mauritania and Djibouti

Arab agreement on the establishment of an apparatus to regulate the electricity sector in Iraq, Mauritania and Djibouti


Arab agreement on the establishment of an apparatus to regulate the electricity sector in Iraq, Mauritania and Djibouti Economy News Baghdad
Participants in the regional workshop on "Renewable Energy and Regulatory Frameworks for Electricity Markets" agreed to meet the desire of some Arab countries, including Djibouti, Mauritania and Iraq, to ​​assist them in establishing a regulatory body that addresses the difficulties facing the electricity sector.
The workshop was held on Wednesday at the headquarters of the General Secretariat of the Arab League, which was held over four days jointly by the League of Arab States (the Energy Department), the Arab Forum of Electricity Regulators, the European Union Delegation in Cairo and the Arab Fund for Economic and Social Development. Chairman of the Executive Office of the Arab Ministerial Council for Electricity.
The workshop was attended by a number of representatives of Arab countries as trainees, as well as lecturers from Arab countries and international and regional organizations working in the field of energy.
Eight working sessions were held, during which different working papers were presented on renewable energy, including how to move from the organized market to the competitive market, and others, such as the energy conservation bill, review of plans to shift to competitive markets in Arab countries, financing renewable energy projects, As well as the presentation of a working paper on experiences in the rehabilitation of the electricity sector, and a paper discussing the factors affecting the prices of renewable energies, and certificates of renewable energies.

Chaired by Iraq .. Launch of the extraordinary ministerial meeting of the Arab Economic and Social Council in Beirut


[size=36]Chaired by Iraq .. Launch of the extraordinary ministerial meeting of the Arab Economic and Social Council in Beirut[/size] 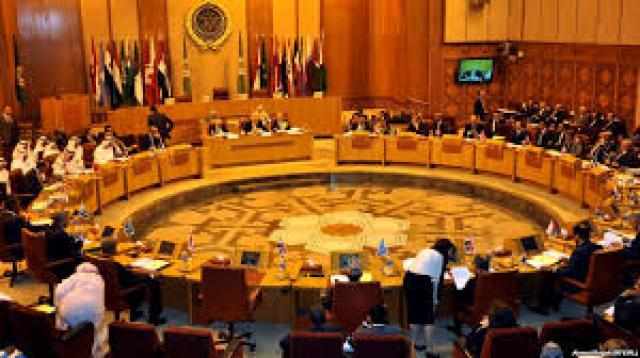 The special meeting of the Economic and Social Council (ECOSOC) was held at the headquarters of the Arab League in Cairo on Thursday for the preparation and preparation of the Arab Economic and Social Development Team to be held in the Lebanese capital Beirut on January 20.
"The special session of the Arab Economic and Social Council comes at the ministerial level, headed by Minister of Commerce Mohammed Hashim Al-Ani, and the presence of Ambassador Haifa Abu-Ghazaleh, Assistant Secretary-General of the Social Affairs Sector," the Ministry of Commerce said in a statement received by Mawazine News. At the Arab League and Ambassador Kamal Hassan Ali, Assistant Secretary General, Head of Economic Affairs, to prepare the draft agenda items of the Arab Economic and Social Development Summit, to be held in the Lebanese capital Beirut next month.
"The agenda of the Council includes 23 items, foremost of which is the report of the Secretary-General of the Arab League on joint economic, social and development work and a report on follow-up to the implementation of the Arab Economic and Social Development Resolutions at its third session in Riyadh 2013, based on the decision of the economic and social Council. "
the statement noted that" the Council also contains a clause on "Arab food security" which will include several topics , including Sudanese President Omar al - Bashir on the initiative, the emergency program of Arab food security, integration and Trade exchange in agricultural and plant crops and livestock products in the Arab region ".
And that " the agenda includes an item on" developments in the Greater Arab Free Trade Area and the completion of the establishment of the Arab Customs Union requirements, the Arab Charter pilot to develop the small and medium enterprise sector and micro, and the Arab Strategy for Sustainable Energy 2030 ".
The statement stressed that" the Council will launch work for the establishment of the Arab market And the strategic vision to promote and activate joint Arab action between the tourism and cultural sectors in the Arab countries and the management of solid waste in the Arab world. "
It also includes an item on the support of the Palestinian economy, which includes the strategic plan for sectoral development in Jerusalem (2018-2022) and the achievements of the Jerusalem and al-Aqsa funds, as well as an item on financing for development. This proposal is submitted by the General Secretariat of the Arab League. And the Assistance for Trade Program, and called for the implementation of the Arab Strategic Framework for the Eradication of Poverty 2030 and the Family Action Plan for the Arab Region within the framework of the implementation of the goals of sustainable development 2030 and the decision of the Arab Ministers of Health (pinktank) Regional Women's Health Dora. "
The Arab Strategy for the Protection of Children in the Status of Asylum in the Arab Region, a proposal submitted by the Council of Arab Ministers of Social Affairs on Child Labor in the Arab Region, as well as an item on the promotion of technical and vocational education in the Arab world, the program of integrating women and girls in community development, And a progress report on the efforts of the League of Arab States to support the implementation of the goals of sustainable development 2030 in the Arab region, as well as forums (Arab private sector forum, Arab youth forum, Dennie), also includes a draft agenda, a proposal in advance of the Hashemite Kingdom of Jordan on the economic and social burdens of hosting Syrian refugees and its impact on the host countries, and the challenges faced by the United Nations agency for the United Nations Relief and Works Agency for Palestine Refugees "UNRWA"
The meetings of the implementation and follow-up committee at the Arab League started in Cairo on Saturday with the participation of Iraq.
"The delegation of the Republic of Iraq was headed by Adel Khudair Abbas, Director General of the Department of Foreign Economic Relations."
Abbas said in a press statement that "the agenda agenda included 6 important items, first follow-up implementation of the Greater Arab Free Trade Area, and the second item on discussing the report of the Secretariat General on the periodic reports to follow up the Greater Arab Free Trade Area."
He added that "the third item related to the terms of reference for the study of the project to establish an electronic portal to facilitate Arab transport and trade, in addition to the report of the Secretariat on the developments of the Arab initiative for food safety and trade facilitation," pointing out that "
The Director General of the Department of Foreign Economic Relations in the Ministry, said that "it is hoped that the meeting will continue for four days starting this Saturday and ends on Tuesday," noting that "will be held after the extraordinary meeting of the Economic and Social Council at the level of senior officials, Ministerial meeting to be held on Thursday 20/12/2018, in the presence of Minister of Commerce Dr. Mohammed Al-Ani. " 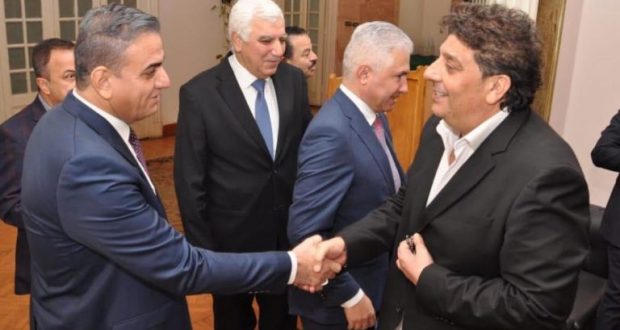 Baghdad / SNG - The Ministry of Industry and Minerals announced the selection of Iraq to the presidency of the Arab Federation of Leather Industries under the Council of Economic Unity of the League of Arab States during the elections held in Cairo, Egypt.

The media spokesman of the ministry Abdul Wahid Alwan Al-Shammari announced the election of the Director General of the General Company for Textile and Leather Industries Mr. Riyad Abdul-Hussein Shaghi to the Presidency of the Union, stressing that this achievement is unprecedented, as the headquarters will be transferred to the capital Baghdad after Iraq obtained the presidency of the Union and Egypt for the post of First Deputy and Syria For the second deputy. Al-Shammari pointed out that the Arab Union is an Arab international organization that deals with leather industries in the Arab world.