Projects to tackle aftermath of war are being frustrated or scuppered by visa rejections, organizers say 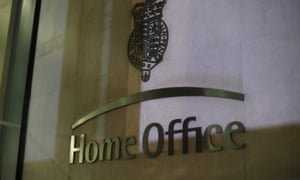 Government-backed projects to tackle the aftermath of the war in Iraq have been frustrated or scuppered by the UK’s continuing “hostile” immigration policy, it has been claimed.
A scheme that involves training Iraqi civil servants at UK universities faces being axed after immigration officials rejected dozens of student visa applications.

Another project, funded by the UK government to research gender-based displacement and violence in Iraqi Kurdistan, was hampered when six members of the project’s Iraq-based team were denied visas. They had been invited to attend a conference in Bristol last month that was intended to be the culmination of the two-year study.

The organisers of both projects have accused the Home Office of compounding the failures of the war in Iraq by hindering attempts to deal with the conflict’s consequences.
The civil service training scheme involved a £330,000 contract between the General Company for the Ports of Iraq (GCPI) and Middle East Graduate (MEG), a Sheffield-based student recruitment agency.


All 12 candidates picked for specialist English courses run by Oxford International Schools have had multiple student visa applications turned down this year, according to the MEG director, Tariq Abdullah. In total, 48 applications were rejected, despite being accompanied by supporting letters from Iraq’s transport ministry, which oversees the GCPI, and proof of tuition fee payments.

Abdullah said: “Since February, all our applications for student visitor visas have been rejected by the British embassy in Amman, where Iraqi applications are processed.”
He said that before this year MEG had helped secure English training in the UK for 36 Iraqi civil servants, who have all since returned to Iraq.

Samples of the rejection letters seen by the Guardian show officials were not satisfied with supporting documents and required more proof of tuition and accommodation costs.
Abdullah said rejections were issued for numerous petty reasons, while some applicants were told they had not exhausted opportunities available in Iraq. “I find this particular comment ironic given the British role in the 2003 invasion of Iraq, resulting in the destruction of the infrastructure of the country,” he said. “The country needs to develop its human capacity to move forward but they cannot do this now due to the level of rejections.”

He said the Iraqi transport ministry was threatening to pull out of the deal and send its trainees to Malaysia instead. “This is alarming for the Iraqi ministry as we have 150 employees scheduled to be sent to the UK within the next five years.”

One of the rejection letters said: “I do not find it credible that they would spend such a large sum of money for a course in a strange country without having first exploring [sic] all possible research in local and regional areas.”

The rejections mean MEG is facing going out of business as it is dependent on the Iraqi market. “The rejections have killed our credibility as a company as far as the Iraqis are concerned,” Abdullah said.

Meanwhile, the University of Bristol, which is running the research project, has complained of the way its Iraqi researchers were rejected by immigration officials. It pointed out that the project was funded by the UK government’s Global Challenges Research Fund, and the budget specifically included the cost of visas.

Dr Emma Williamson, who is leading the project, complained to the home secretary, Sajid Javid, noting that two of the researchers were unmarried women who were refused entry on the grounds of not having strong enough ties in Iraq.

In a letter to Javid, Williamson said: “As one of the aims of the research was knowledge translation across the two sites, UK and Iraqi Kurdistan Region, this visa denial is embarrassing, counter-productive (the UK government has funded this work), and particularly in relation to the wording of the denial to unmarried women, deeply concerning.”


She added: “Despite being funded by the UK government, these researchers are being discriminated against by the same government because of the ways in which border control guidelines are being implemented.”

Her colleague Nazand Begikhani said: “In the post-conflict reconstruction of Iraq, the government supports research aimed at contributing to sustainable development and promoting humanitarian action, social justice and gender equality in this fragile, war-affected country. By not granting visa to research partners in Iraq, it undermines its own goals and vision.”


A Home Office spokesman said: “All UK visa applications are considered on their individual merits, on the basis of the evidence available and in line with UK immigration rules.”


In October the World Health Organization expressed alarm about the impact of the UK government’s immigration policy on international academic cooperation after several foreign scholars were denied visas to attend a conference. Continuing visa problems for foreign academics then prompted the Wellcome Trust to warn that the issue was threatening to undermine the UK’s reputation for science.