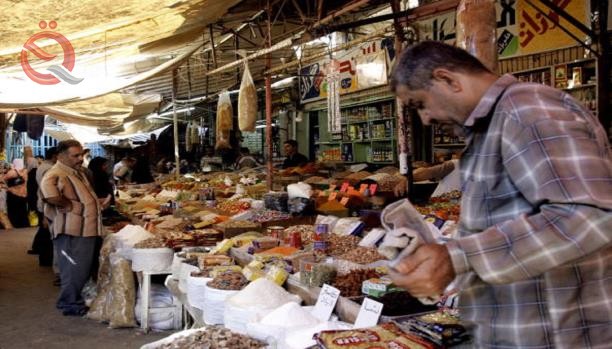 
A credit agency predicted Iraq's gross domestic product (GDP) growth of 4.1 percent in 2019.
"Total domestic growth in Iraq will accelerate from 2.8 this year to 4.1 per cent next year in 2019, the highest level since the economic expansion of 13.1 per cent in 2016," Moody's said in a report.
Iraq's economy is expected to grow further in 2019 to its highest level in three years due to higher oil prices, which are expected to average $ 75 a barrel.
"Rising oil prices and production, as well as the expected increase in investment spending due to improved security, have boosted Iraq's economic prospects," the report said.
However, volatile oil prices and potential social unrest that could weaken Iraq's economic infrastructure, as well as Iraq's vulnerability to environmental risks, exacerbated by its old infrastructure are continuing risks of growth. "
Iraq, OPEC's second-largest oil producer, which pumped about 4.6 million barrels of oil per day in November, benefited from a recovery in oil prices this year after a three-year slump that led to prices falling below $ 30 a barrel in the first quarter of 2016. Security to promote economic activity in the country.
Rising oil prices have helped Iraq reduce the public debt to GDP ratio, which doubled to 66 percent between 2013 and 2016 and reduced its fiscal deficit, which peaked at 14.3 percent of economic output in 2016, according to the report.
"The rise in oil prices since mid-2017 has reversed the deterioration in the government's financial position and boosted Iraq's foreign currency reserves (including gold) to more than $ 58 billion at the end of September 2018," the report said.

Similar topics
» Planning: 12.3% decrease in gross domestic product for the current year
» The Arab Monetary Fund recommends working to boost gross domestic product and savings
» Iraq Customs
» A training course entitled (Credit Risk in Banks) for the period from 25-2019 to 6/27 and 16-18 / 8/2019
»  Global Finance: The Iraqi per capita share of the gross product is over $ 18,000