Government of Iraq handed over a protest note to Turkey

Government of Iraq handed over a protest note to Turkey

The Foreign Ministry summoned on Friday the Turkish ambassador to Baghdad Fatih Yildiz and handed him a letter of protest over repeated air violations by Turkey.
The ministry said in a statement published on its official website today that it "deplores the actions of Turkish aircraft to violate the Iraqi airspace and targeting several sites in the areas of Mount Sinjar and Makhmour in northern Iraq, which caused loss of life and property."
The statement said that "such acts violate the sovereignty of Iraq and the safety of its citizens and the work is unacceptable at all levels, contrary to the principles of good-neighborliness that brings together the two countries, and the Ministry of Foreign Affairs renewed its refusal to use Iraqi territory or a corridor to carry out actions reflected on the security of neighboring countries and brothers" .
The statement called on "the Turkish side to abide by this in order to maintain the friendly relations between the two countries."
The governor of Rostom Jodi camp reported that a Turkish bombardment occurred at 21:00 on Thursday, killing four women, three of them from one family, and were shelled while they were walking to their camp grounds.
Turkish army planes launched an attack on Thursday at the Rustam Jodi camp in Makhmour in the southwestern suburb of Makhmour, south of Arbil.
It is controlled by the Iraqi forces on October 17, 2017, after the withdrawal of the Peshmerga and Asayish forces.
The camp is home to refugees from the Kurdistan region of northern Kurdistan since the 1990s. The camp is under the umbrella of the United Nations.

Iraq calls the Turkish ambassador and why ..!

[size=36]Iraq calls the Turkish ambassador and why ..![/size] 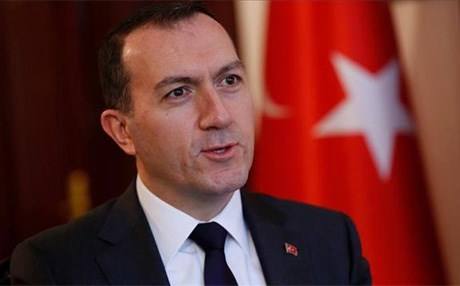 The Foreign Ministry announced on Friday the recall of Turkish ambassador to Baghdad Fatih Yildiz for handing over a protest note to the continuation of the air violations of his country.
"The Turkish ambassador to Baghdad Fatih Yildiz summoned a letter of protest from repeated Turkish air strikes," the ministry said in a statement.
"The ministry deplores the violation of Iraqi airspace and the targeting of several sites in the areas of Jabal Sinjar and Makhmour in northern Iraq, which caused loss of life and property."
She pointed out that "
The ministry called on the Turkish side, to "commitment to do so in order to preserve friendly relations between the two countries , " .anthy 29 / h

Turkey: Our operations in Iraq will continue and Baghdad has to take responsibility


Turkey: Our operations in Iraq will continue and Baghdad has to take responsibility

on Saturday confirmed its determination to continue military operations against PKK bases in Iraq, a day after the Iraqi foreign ministry summoned Ankara's ambassador to protest the Turkish bombardment of the north of the country.

"The PKK, which Ankara regards as a terrorist organization, has been using Iraqi territory for many years as a base to launch operations against Turkey," Foreign Ministry spokesman Aksoi said.


The PKK attacks claimed the lives of thousands of Turkish citizens, the diplomat said, adding that the PKK's activities in Syria and Iraq had become a matter of national security for Ankara.

He accused the Iraqi government of failing to prevent the "terrorists" from continuing their activities in its territory, noting that Ankara has repeatedly reminded Baghdad that it must shoulder its responsibilities in this regard.

He pointed out that Article VII of the Iraqi Constitution obliges the government to prevent the use of its territory as a base for attacks against neighboring countries, stressing that Ankara is waiting for Baghdad to take responsibility and cooperate in a concrete manner in this context.

Turkey was committed to its "counter-terrorism" responsibilities within the framework of good-neighborly relations and the general principles of international cooperation and had the right to self-defense under Article 51 of the Charter of the United Nations.

The Turkish Defense Ministry announced on Thursday that it destroyed more than 30 Labor Party sites in the Sinjar and Qarah Jag regions of northern Iraq.

In the same context, summoned the Iraqi Foreign Minister of Ankara to Baghdad, Fatih Yildiz, to hand him a memorandum of protest against the "continuing air violations" by Turkey for Iraqi airspace.

Turkey: Our forces are coordinating their new operation in Syria with Russia and the United States

Turkey: Our forces are coordinating their new operation in Syria with Russia and the United States

Baghdad
Turkey confirmed that its forces participating in the process against the Kurds in the north and east of Syria coordinates its work with Russian and US military to avoid any clashes or possible incidents.

"We are part of the international coalition against Da'ash and support the fight against this organization, and for this reason we want to coordinate our work, and our military are in close contact with the Americans and other members," said Ibrahim Kalan, spokesman for the Turkish presidency. Coalition as well as with the Russians to avoid any confrontation. "


"We have a special mechanism to prevent the clashes, and they will be implemented, and we will coordinate the process," he said.

"We have made it abundantly clear that we can not allow any terrorist organization to exist on our borders, and we can not allow the transformation of northeastern Syria into territory controlled by the PKK," he said.

head of the Reform and Reconstruction Coalition, Ammar al-Hakim, told Turkish Ambassador Fatih Yildiz on Sunday that the sovereignty of Iraq must be respected.

Hakim's office said in a statement that "the head of the Alliance for Reform and Reconstruction, received today in his office the Turkish ambassador, Fatih Yildiz."

"The meeting discussed the latest political developments in Iraq and the region, and the importance of removing Iraq's security from any regional or international conflict," the statement said, stressing "the need to respect the sovereignty of Iraq."

Al-Hakim renewed his call to "adopt dialogue as a way to solve all problems, in terms of bilateral relations," adding that "building on the participants and coordinating positions in the best interest of the two countries."


He stressed that "Iraq by virtue of its diversity capable and qualified to play the role of convergence of views between the parties, the Iraqi political situation."

Hakim pointed out that "Iraq has presented a model in the peaceful transfer of power and the exchange of roles and services are priorities at the moment."

Germany sends a message to Turkey and pkk: stability of Iraq and Kurdistan of our interest


[size=32]Germany sends a message to Turkey and pkk: stability of Iraq and Kurdistan of our interest[/size] 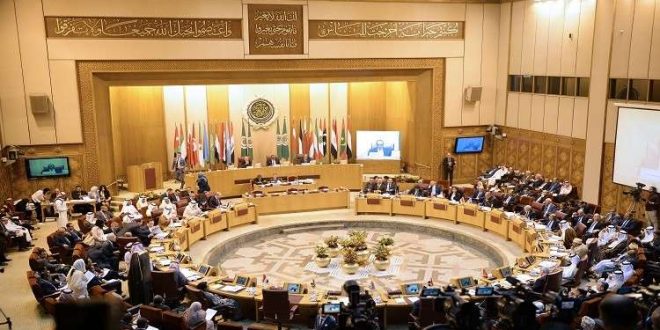 Baghdad - Journal News
The Arab League on Tuesday condemned "Turkey's violation of Iraqi sovereignty".
Spokesman for the Secretary-General of the League of Arab States, Mahmoud Afifi, said that the successive Turkish strikes over the past few days on sites in northern Iraq violate the sovereignty of the Iraqi state.
He added that this is a condemned and unacceptable violation whatever the motive behind it, because it violates the rules of international law and contradicts the principles of good neighborliness.
Afifi said that the Arab summit has issued several resolutions condemning the violation of Iraqi sovereignty in this way, pointing out that Turkey's repeated disregard for the Arab position reflects a kind of indifference to its relations with Arab countries on a sound basis based on respect for sovereignty and non-interference in the internal affairs of States.