Minister of Trade: The Ministry is working to activate the laws in various sectors of business

Minister of Trade: The Ministry is working to activate the laws in various sectors of business


[size=36]Minister of Trade: The Ministry is working to activate the laws in various sectors of business[/size] 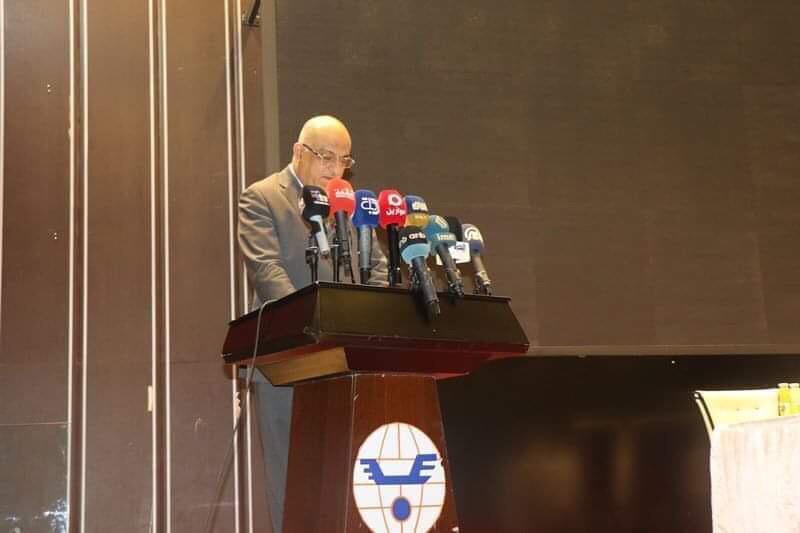 The Minister of Commerce Mohammed Hashim al-Ani said Thursday that the ministry is working to activate the laws in various sectors of business in line with the new stage that Iraq is moving from the totalitarian economy to the free economy.
This came in a speech to Minister Al-Ani during his attendance at the seminar organized by the private sector department in the ministry.
Minister Al-Ani said in his opening speech: "We urge the pace of new mechanisms to serve the work and raise the level of performance to achieve the best services for our people."
He added that "the Ministry of Commerce and according to the tasks entrusted to it and the new data approved by the government program of the Prime Minister of the Council is working to activate the laws in various sectors of business and has taken upon themselves to provide effective ground in their practices and in line with the new stage pursued by Iraq, From the totalitarian economy to the free economy and because the general features of the next stage require a broad effort to absorb the qualitative jumps that take place in the global economy, it requires us to activate trade exchange and contribute to the establishment of infrastructure projects that contribute to Global and national companies including also lead to the revitalization of the movement of investment in the regions of the country. "
He added that the Iraqi private sector is paying great attention in order to contribute to the development and reconstruction process in Iraq and its role is parallel to the role of the government sector in the formulation of economic and trade policy. And objectivity to ensure the smooth flow of procedures in easy ways and looks in this regard to the cooperation and coordination of all national efforts to activate the laws of the commercial sector to monitor the Iraqi market on the one hand and to protect consumer rights in the other.
The minister expressed his aspirations through the symposium to work on the export support fund, which is an important foreign trade tool. It aims at developing the national exports which are given by the different countries as an important source of national income, as well as its main tasks in providing financial aid to the exported Iraqi products, Needs support in order to allow them to access foreign markets and compete with similar foreign goods, as well as provide financial support to official institutions that specialize in export business and activities that serve its purposes.
Al-Ani pointed out that "the Ministry of Commerce is serious this time to activate the Export Fund Law and worked to find transparent mechanisms aimed at increasing Iraqi exports and helping Iraqi businessmen to export Iraqi goods and compete in international markets. To improve the work of the Fund and address the problems that may be achieved in a spirit of believing in the ability of Iraq to start a new page to raise the economy and exports of Iraq and its ability to compete with other countries in the world.
Presented Ani at the end of his speech , thanked all attendees and expressed hope for "cooperation and coordination to improve the quality of the work of the export fund to suit the next phase , which requires redoubled efforts to activate the economic and trade policy and find other benefits for the development of the Iraqi economy" .anthy 29
/ h

Most users ever online was 2065 on Mon Apr 09, 2012 5:34 pm
Latest topics
» The introductions of the dollar’s ​​collapse are beginning towards the new economy