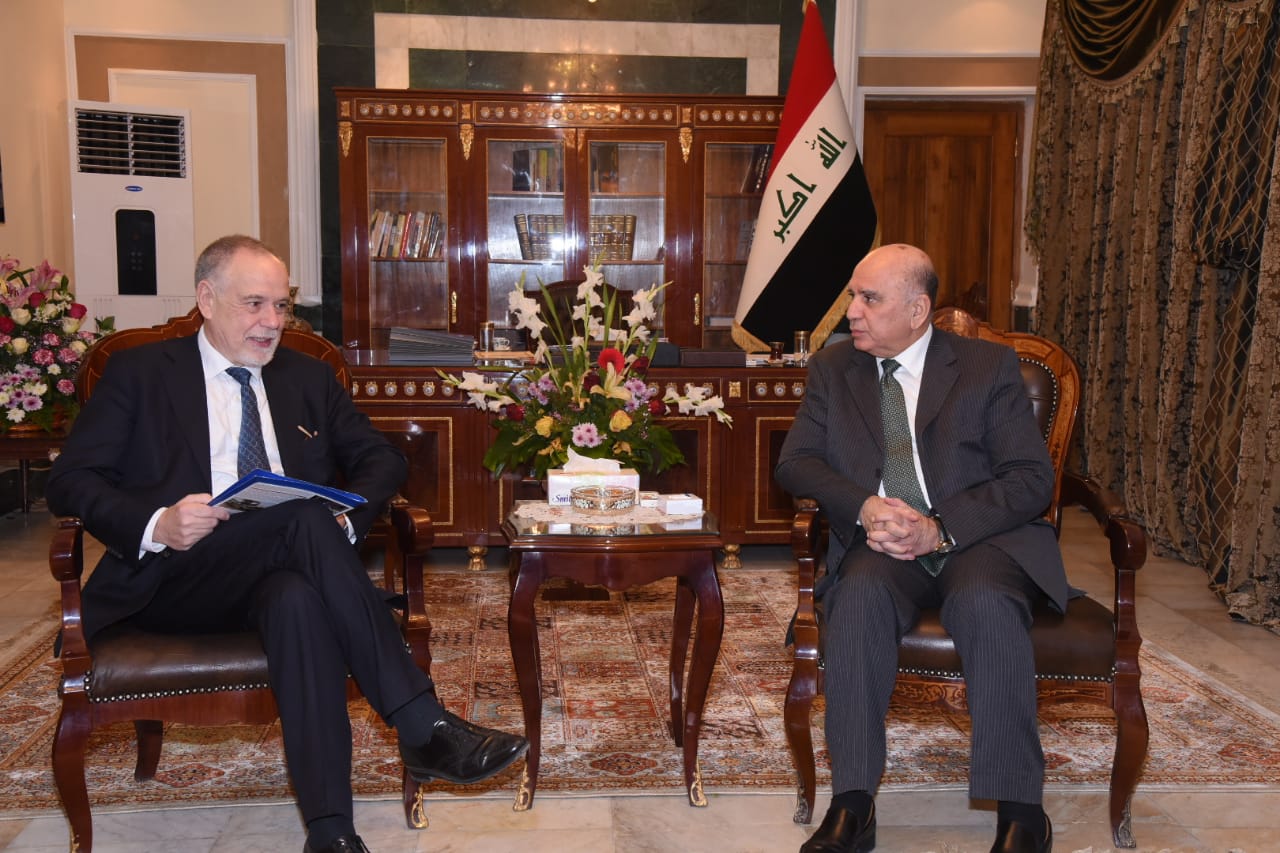 The Deputy Prime Minister for Economic Affairs and Finance Minister Fouad Hussein received a delegation from the European Union accompanied by the Ambassador of the Union, Mr. Ramon Belquois.
[size] 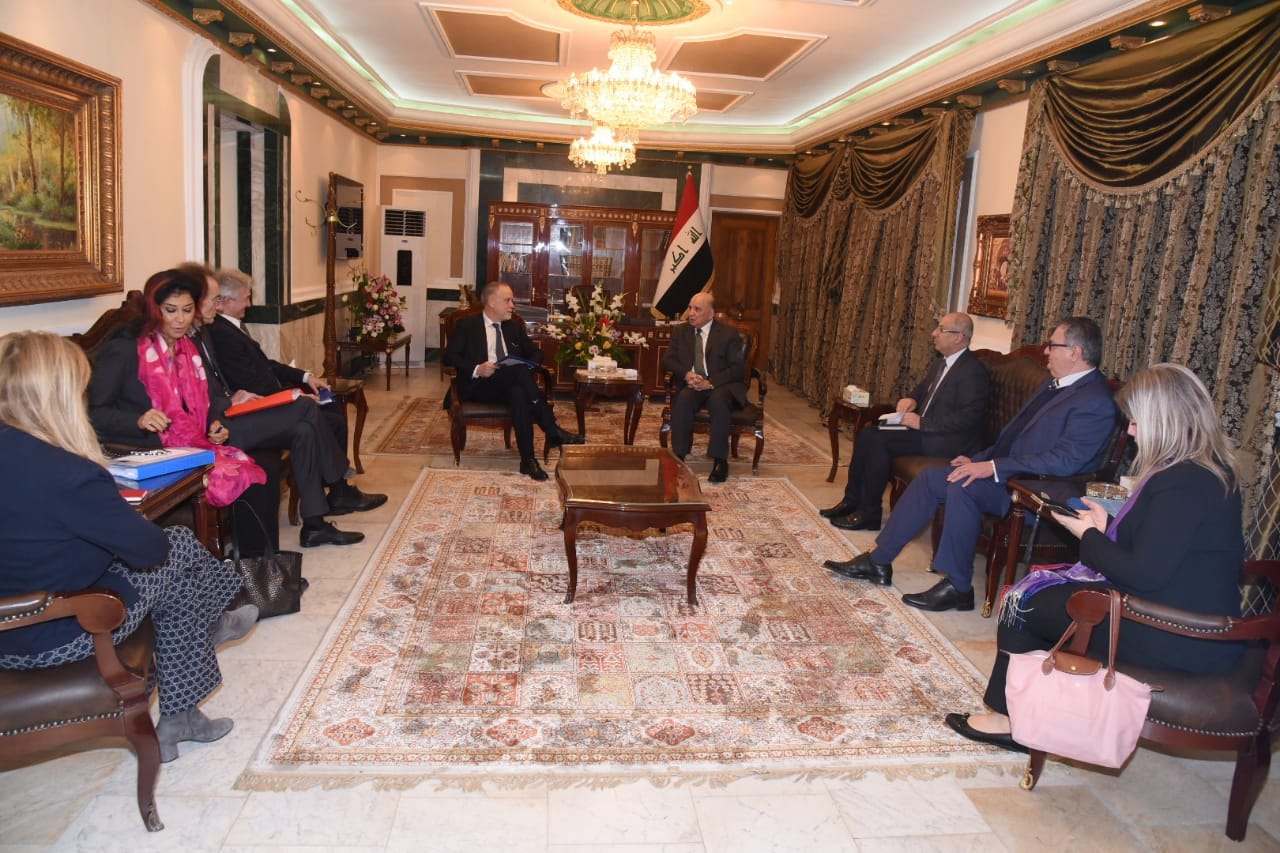 [/size]
Mr. Fouad Hussein discussed with the visiting delegation the bilateral relations between Iraq and the European Union and the best ways to strengthen and develop them in the interest of the Iraqi people.

The two sides discussed the decentralization of governance. In this context, the Deputy Prime Minister pointed out that the Iraqi government re-examined the law of the state budget in order to increase the allocations of the provinces in addition to taking a decision to take each province 50% of the imports of ports and customs border as well as petrodollar and this will enable the provinces Of prioritizing their projects and strengthening decentralized governance.

The two sides also discussed the diversification of sources of income through the development of the sectors of agriculture, industry and tourism. He pointed out that the development in the above sectors will not be fully achieved unless there is an advanced banking system and high-level banking services. We need the expertise of our European Union friends in this field. .

He added that the development of these sectors will contribute significantly to the creation of stability in Iraq and will be an incentive for the return of Iraqi migrants abroad as well as internally displaced persons, easing the pressure on the countries of the European Union

For his part, the visiting delegation expressed its readiness to support the Iraqi government with expertise in the management of public funds and in the implementation of its plans for reconstruction and provision of services and support the efforts to return displaced persons to their areas
The meeting was attended by Undersecretary of the Ministry of Finance and Director of the Office of the Deputy Prime Minister