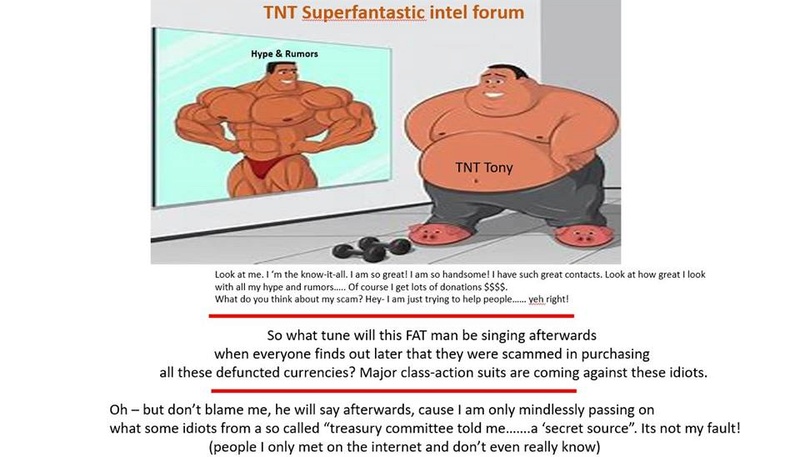 Tony: Goooooooooood Morning, TNT! Today’s information is it’s quiet as a cemetery! Banks being told everything is done, ready set to go. Just waiting for an authorization to go. Rates were on the screens yesterday. No rates on the screens today. Yesterday we were told everybody is ready to go. In Iraq CBI has put out statements they are ready to go, to proceed but still waiting for the 3ight ministers. They are not required legally.

CBI has decided to wait for them because the US is waiting for them. Sadr has come out saying lets name the other six positions. Everybody has agreed on the six positions. It’s the last two they continue to fight over. Some articles say they have agreed on the Interior position. This morning articles are saying Mahdi is being pressured, even though he was told he could pick his own ministers, he is getting pressured from Iran and the US. Say’s it won’t be somebody that was in before, under investigation.. Supposed to be a new person, but those groups are still trying to influence who that person is. People in the streets and broadcasting on TV: Citizens calling on the new PM to stand up and take charge and put someone in the missing cabinet job or fill it himself until someone else is named. Saying it is his job to take look out for and secure the citizens. The citizens are telling him his job is to look out for him.


Most people over there involved in the RV itself feel this still will happen, the RV itself before the end of this year. I feel it could happen tomorrow morning. My question is why do they keep delaying it a week at a time? At some point they are going to have to agree on those positions. At some point Mahdi is going to have to make a decision. . . could hold those two positions (himself). Sadr is asking them to name the other six and making sure Maliki, US or Iran’s choice does not go in there. This could go on forever unless somebody stands up to get this done. Sadr is asking them to do it now.

CURRENT WINDOW: Tony: Banks waiting for authorization. We’ll see what happens on the 4th but Sadr is asking them to, “Do it now.”


IRAQ: Politics as usual. Mahdi is not being allowed to make his own selections. Sadr is saying no Iran, Maliki or US favored candidates in the Ministerial positions but he is also saying, “Get it done now!”

Tony: They fuss and fight until they are given an ultimatum. The US could get involved, the people get involved or Mahdi stand up and threaten to resign unless he can make his own decision. . . or they can go back to the position of being an unstable country. CBI could go ahead and release the US could say okay you have six of the positions. Iran, Amir, Maliki will always put up somebody they think they can control. Mahdi could come out publicly and say our Parliament is still corrupt and these people are part of it. The coming days, coming weeks has all turned into naught. It’s not designed to drag it out to January. I think it’s just their lifestyle and how they do business and their corruption. CBI has put out statements they are ready to go.

Lower Denom’s: Tony says a guy in Kurdistan says he’s seen them and one other report of being seen. Tony heard “no release yet.”

Parliament: Vote on remaining ministerial positions has been postponed to next week.

Tony: The last two remaining ministers is not a legal requirement under their Constitution. It is what the US is telling them they require.

TV: Broadcasting the citizens calling on the new PM to stand up and take charge and put someone in the missing cabinet job or fill it himself until someone is named. Saying it is his job to take care of the Iraqi citizen.

Tony: So we know the smuggling and corruption is still there as that is the only reason they hold the auctions.

Post RV Meetings: Tony will have 4-5 meetings post RV. Ray is putting together 13 class events across the country which will include presentations by banks, investment professionals and insurance professionals. IMF Global Projects for investment: Ask your banker about them post exchange.

Currencies: Rates on the screens yesterday. Not today. Rial, $3.85.

Tony: I find it hard to believe the Rial will go with them being removed from the Swift (banking) system and the US . . . trying to collapse their economy. ZIM, .22 to .27. No other currency rates were available. Tony: Iraq has nothing to do with our stock market, as far as pushing it (dinar value) up. . . Market rate and street rate are running parallel now. Tony has no idea how high it (dinar) will go.

UNITED STATES: Tony: Trump is saying, “Go get this done.” They still are not making a decision! Banks: Ready. Waiting for authorization.

Tony: Money is still there. I have heard nothing about the money being moved out. Banks are applying new rules about selling foreign currency. It’s not to be sold for investment purposes and only if your traveling.

Taxes: No change in the previous information that it will be a non-taxable event. Put aside 50% of your exchanged funds until it is known for certain what the tax situation will be. 800 #’s: No release of the numbers or information regarding their release.

EXCHANGING: The plan is for exchange transactions to go from 7 am to 11 pm at the banks through the weekends until exchanges complete. ZIM Information: Zeroes will not be dropped on the ZIM exchange from your currency value. The full numerical size of your ZIM note will be multiplied by the actual rate. EX: A 100 Trillion ZIM note X a rate of .00000016 will result in $16 million dollars. Or take the six zeroes off your trillion note up front and use the actual rate. A 100 trillion note would become 100 million (100,000,000) X .16 = $16 million dollars.

Currency Authentication: You can view pictures on line or go to your bank now to authenticate your currency.

Tony: I sure would not wait until the exchange time to do that. All Forum and Q & A information is posted by subject in the context.

CLOSING STATEMENTS: Tony . . . Okay guys. We all know what is going on. Banks say they are ready. CBI says we’re ready. CBI has told everybody we are ready to drop three zeros. That it must be done, told everybody they must be implemented. Put out articles to let us know. Started changing the rates. Market rate, ISX rate and we are just waiting for our rate. It’s just time, that’s all it is. We are down to the last very bit where we kick the door in. We don’t know if it’s Dec. 4, 14, 24th or January 4th. We do know it’s coming. The last thing everybody is talking about is naming the Ministers. Six of them are named. Actually, I was told on Monday all eight were named and there was going to be a vote and be announced. . . They’re just dragging this out for some reason we don’t know. It will eventually come to an end one way or the other. Nothing we can do about. Just wait to see what they do about it. Anything does happen we will put out a tweet, blast out and let you know what’s going on.