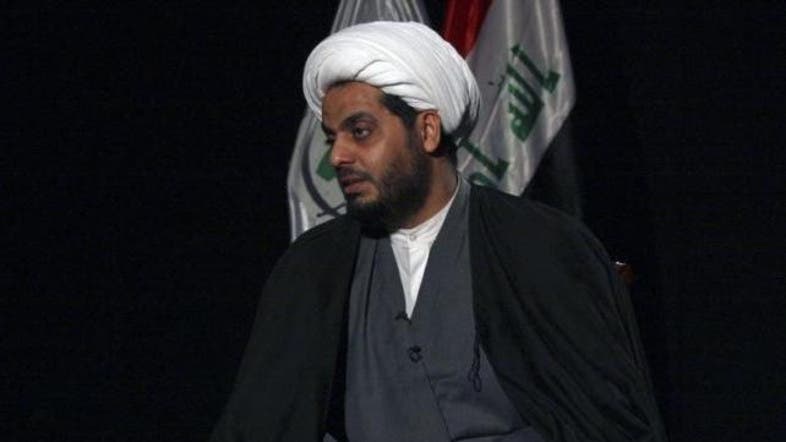 The head of a powerful Iraqi militia wants a formal role for paramilitaries in securing the border with Syria, a move that could deepen US worries about Iran’s growing sway over a strategic corridor of territory from Tehran to Beirut.

Many Iraqi militias that are supported by Iran and oppose the presence of US troops in the region, have sent reinforcements to the frontier after fighting flared between US-backed Kurdish forces and ISIS militants on the Syrian side.

“Securing Iraq’s borders with Syria is among the most important duties of the Popular Mobilization Forces right now,” he said in an interview with Reuters at his office in the city of Najaf on Saturday.

“The Daesh (ISIS) threat against Iraq won’t end as long as Syria is unstable. The PMF proved it is the military side most capable of dealing with Daesh ... maybe the armed forces can invest the PMF in duties that include border security,” Khazali said.

Asaib Ahl al-Haq is part of the PMF, an umbrella grouping of mostly Iran-backed and trained paramilitary groups. The PMF was made formally part of the security forces this year after helping the military defeat ISIS in Iraq in 2017.

It remains separate from the military and police, however, raising questions over whom the militias will answer to and what their exact role will be if they are fully integrated into Iraq’s security structure.

Khazali said paramilitary commanders should retain leadership positions and that “the government needs to provide bases and weapons depots.”

The growing presence of Iran-backed militias on the frontier has caused tensions with Washington, which has special forces on the Syrian side to back Kurdish-led fighters battling ISIS.

A formal PMF border role would exacerbate that friction as Washington seeks to counter Iran’s sway over territory stretching from Tehran to the Mediterranean via Iraq and Syria. Iran’s allies in that territory include Iraqi and Lebanese fighters and politicians, and Syria’s President Bashar al-Assad.

The risks of having those fighters and US forces in close proximity were laid bare in July when the PMF vowed to “not be quiet” over an alleged US air strike it said killed 22 of its members inside Syria.

The United States denied involvement in the strike.

The PMF, estimated at 150,000 members, includes groups which fought the US military after the 2003 invasion that toppled Saddam Hussein, and individuals against whom Washington has imposed Iran-related sanctions.

Members of Congress have sought sanctions against Khazali’s group. Khazali denied it is currently receiving support from Iran.

“We don’t expect a good future for relations between Iraq and the United States under (President Donald) Trump,” he said, and reiterated his call for US troops to leave Iraq.

“A (US) training role is one thing but presence of combat forces is unacceptable. Parliament should oppose this. Daesh is no longer a military threat, so there should be a reduction” in US troops, he said.

The Pentagon says over 5,000 troops are deployed in Iraq.

Khazali’s militia started as a splinter group of the Mahdi Army, a force formed by anti-American Shi’ite leader Moqtada al-Sadr in the US occupation. Under his leadership, it gained notoriety for its attacks against US forces.

He and Hadi al-Amiri, the veteran leader of the Badr Organization who contested Iraq’s May general election, were among the first to announce late last year they were putting their paramilitaries under the orders of the prime minister.

Iran has provided training and weapons to both groups.

Page 1 of 1
Permissions in this forum:
You cannot reply to topics in this forum
Who is online?
In total there are 56 users online :: 1 Registered, 0 Hidden and 55 Guests :: 3 Bots