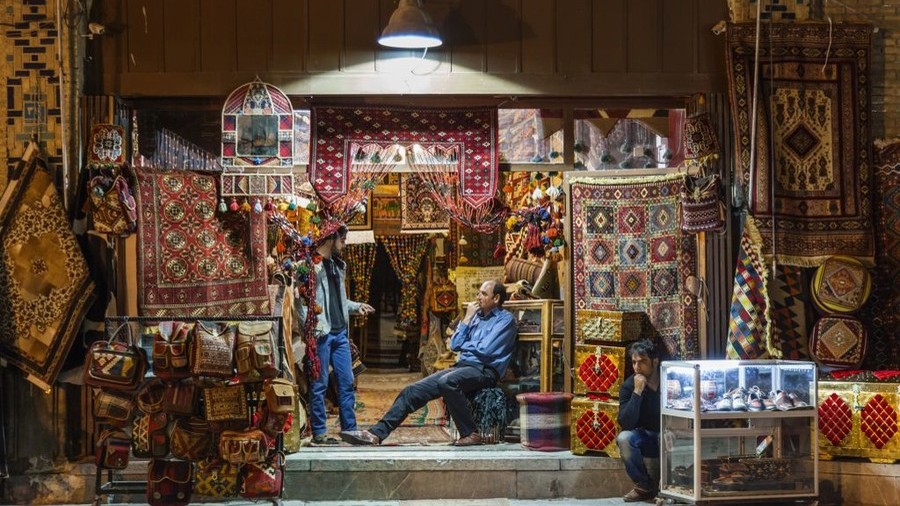 Apart from barter trade, Tehran and Baghdad are mulling the idea of using the Iraqi dinar for mutual transactions to reduce reliance on the US dollar amid banking problems Iran is facing due to US sanctions.


“Considering the problems that have emerged in dollar-based banking transactions, a joint proposal between Iran and Iraq is using Iraq’s dinar in trade,” Iranian ambassador to Baghdad Iraj Masjedi said, as quoted by Iran’s Fars News Agency.


The announcement comes two weeks after Washington brought into action the second round of anti-Iranian sanctions that target the country’s oil, shipping, and financial sectors. The previous batch of penalties, which came into effect in August, hit cars, carpets, metals trading, as well as access to the US dollar.


According to Masjedi, the current trade turnover between Iran and Iraq totals $12 billion and the countries plan to increase the figure up to $20 billion. The official said that Baghdad has recently been under strong pressure from the White House over its business dealings with Iran, its top trade partner.


“The Iraqis need Iran’s natural gas, electricity, food items and industrial materials,” Masjedi said. “If exports of these to Iraq are stopped, there will be problems not only for Iran but also for the Iraqis.”


Last week, Reuters reported that Baghdad had been looking for Washington’s approval to import Iranian gas and energy supplies in exchange for food items. Iraq, as well as some other of Iran’s partners, was granted a waiver from the US, allowing it to gradually reduce energy purchases from the Islamic Republic. However, Iraqi authorities say the exemption of only 45 days is not enough to stop importing Iranian gas and oil.

Similar topics
» Iran pushes Iraq to maintain trade without US dollar Read more: http://www.al-monitor.com/pulse/originals/2019/01/iran-iraq-dinar-riyal-economy-us-sanctions.html#ixzz5bqB8WSxy
» Iran, Iraq consider using local cash in mutual trade
» negotiations between Iraq and Iran to adopt the local currency trade of the two countries
» The abolition of the dollar in trade between Iran and Iraq
» Iraq will reject an Iranian request to use local currencies instead of the dollar in trade