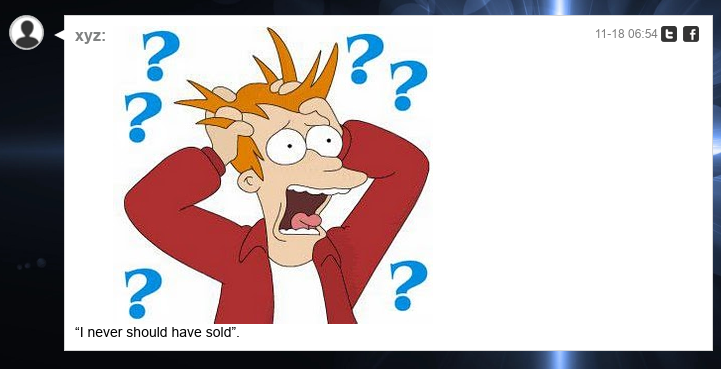 Since their reserves total approximately $80 billion, and t[url=http://www.cbi.iq/documents/key financial.xls][/url][url=[/url], the math doesn’t show any millionaire creating revaluation on the horizon.  $80b divided by 85 trillion = approximately $.00094 which is slightly higher than the dinar’s current valuation of $.00086. 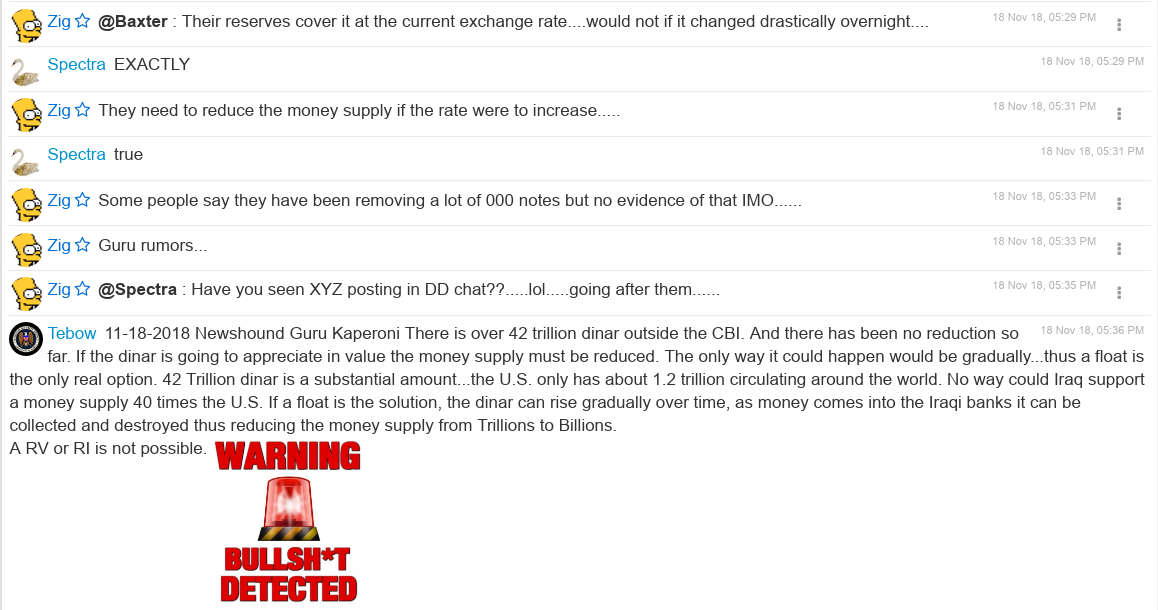 Today at 1:52 am by Quintion Hemingway

Today at 1:50 am by Quintion Hemingway

Today at 1:47 am by Quintion Hemingway

» MarkZ: "yes…everything is ready…they are waiting on somebody to flip the switch" 4/13/21

» MilitiaMan: "To price oil in dinars is only possible with an exchange rate change" 4/13/21

» President of the Kurdistan Region: We look forward to America's survival to defeat ISIS

» Governor of Anbar: Visiting the UAE and Saudi Arabia will open the door for investment in the province

Yesterday at 2:30 pm by jamoats

Yesterday at 10:01 am by RamblerNash

» After Erbil, the dollar exchange rate soared in Baghdad

Yesterday at 9:58 am by RamblerNash

Yesterday at 9:45 am by RamblerNash

» Iraq: The World Bank called on us to raise the exchange rate of the dollar to 160,000 dinars

Yesterday at 9:42 am by RamblerNash

» Electricity: The moderate season has improved processing hours, and we are preparing for the summer with 22,000 megawatts

» Judy: "On Sun 11 April they expected to finish vetting Cabal-connections to ten plus Groups so that funds could launch for payouts" 4/12/21

» Fleming: "Our military intel contact said that Ramadan that starts now will not interfere with the RV liquidity release" 4/12/21

» MarkZ: "There were articles this weekend from Iraq that referred to the RV of the Dinar in “past tense”" 4/12/21

» Economist: more than $ 87 billion worth of state real estate outside Iraq

» Al-Kazemi: We have succeeded in stopping the waste and the great corruption in the Central Bank auction, and we will not stop