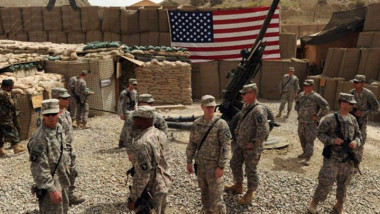 BAGHDAD - The new
legal expert, Tariq Harb said that the strategic framework agreement with the United States resulted from the law is ratified and includes rights to Iraq and commitments to America.
"This agreement was issued by Law No. 52 of 2008, which was passed by the Parliament and ratified by the Presidency Council in the same year. The Council - headed by the late President Jalal Talabani and the membership of Adel Abdul Mahdi and Tariq Al Hashimi - In the Official Gazette (Iraqi Chronicle) No. 4102 dated 24/12/2008 ".
He pointed out that "the name of this agreement a certain significance, its name is the strategic framework agreement for a relationship of friendship and cooperation between the two countries."
"The first part of this agreement is the principles of the relationship between the two countries. The relationship of friendship and cooperation is based on mutual respect, norms of international law and non-interference in internal affairs," Harb said. "The presence of US forces is in Iraq's sovereign demand and full respect for Iraq's sovereignty."
"The United States should not use Iraq's territory, water and airspace as a launching pad or pathway to launch attacks on other countries and not seek or seek to have permanent bases or a military or permanent presence in Iraq," he said.
He pointed out that "the agreement imposed obligations and duties on America for the benefit of Iraq in all areas so that the title of each section of the Convention under the title of cooperation and then determine the scope of diplomatic cooperation, diplomacy, defense, culture, economy and energy and the latest agreement, all cooperation.
Harb noted that "the agreement may be amended with the agreement of the parties in writing and in accordance with the constitutional procedures." He stressed that "the termination of the agreement requires written notice and a year goes by."