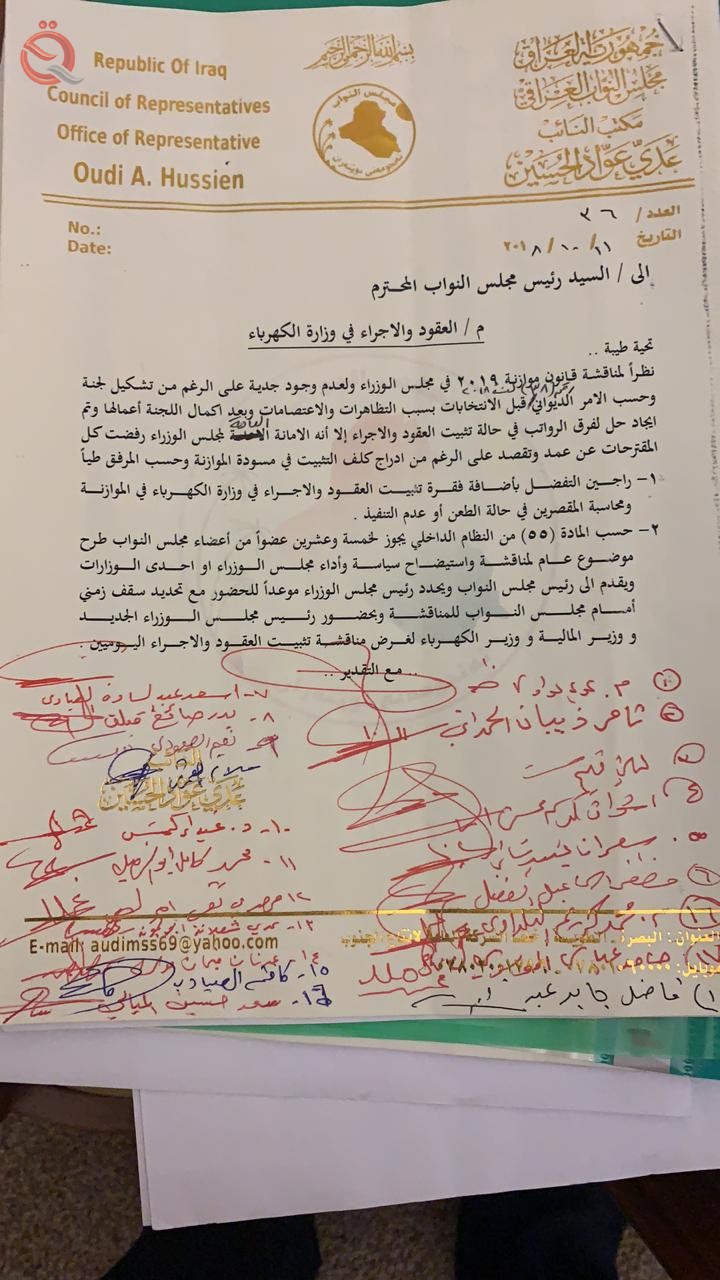 Economy News Baghdad
Called members of the House of Representatives representing different blocks, Monday, the formation of a commission of inquiry on the decision of the General Secretariat of the Council of Ministers refused to install the employees of contracts as employees in the State Departments.
The document, which was read by the "Economy News" and addressed to the Speaker of the House of Representatives, that "Based on Articles (82, 83) of the rules of procedure, insert the signatures of the members of the House of Representatives number (50) and enclose herewith the book of the General Secretariat of the Council of Ministers (29800) on August 28, 2018, which rejected the recommendations that emerged from the committee formed by the Diwan Decree No. (38) for the year 2018 and the directives of the meeting of the Council of Ministers taken at the fifteenth regular session held on 10 April 2018. They requested the formation of an investigative committee to explain the reasons for not appointing Contracts and procedures, although this was included in previous financial budgets "He said.

Most users ever online was 2065 on Mon Apr 09, 2012 5:34 pm
Latest topics
» NATO: The courage of Iraqi forces made the whole world safer after the elimination of ISIS