3 Atlanta men convicted in Iraqi currency scheme that made millions

Atlanta-area men who made millions by selling foreign currencies have been convicted on charges they schemed to defraud investors, federal prosecutors said Wednesday.

The men were convicted by a federal jury following a five-week trial.

Evidence showed the defendants made investors believe they would get rich by investing in the Iraqi dinar because it was about to revalue. Such a revaluation did not come.

Sterling grossed more than $600 million in revenue from the sale of the Iraqi dinar and other currencies, while Rhame and Shaw received more than $180 million in distributions between 2010 and 2015, a news release said.

Records showed Rhame and Shaw had mansions, luxury cars and property along the Florida panhandle. According to emails cited in a complaint in U.S. District Court in Atlanta, the men knew they were committing a crime.

“We are risking serious jail time as promoters of a Ponzi scheme…” James Shaw wrote Rhame in a 2010 email. Shaw also said in the email that his wife had been “very nervous” and “crying” because “she knows we are running an illegal operation.”

Rhame, 53, and Shaw, 55, both of Atlanta, and Bell, 55, of Decatur, were acquitted of money laundering charges. A fourth defendant, Terrence Keller, was acquitted of all charges at trial.

By no means am I saying they aren't guilty. However I think it is very coincidental that they were finally convicted when the Dinar is at the closest its ever been  to raising in value.


Its enough to make people panic and sell or toss their Dinar.  Its really interesting....The timing....

The starting date has been set again for a federal criminal trial against four defendants, one with a link to BB&T Corp.’s headquarters in Winston-Salem.

Tyson “Ty” Rhame and three other investors were indicted Feb. 10, 2016, by a federal grand jury in Georgia. They are accused of leading an international money laundering scheme.

The trial is scheduled to begin Sept. 4 in the Northern District of Georgia. It initially was set for April 2017, only for the defendants to be approved for a delay.

The trial date is the only case update that has been made public. All case documents have been sealed by the federal judge since April 13.

Rhame is co-owner with Ray Gee in BB&T Financial Center. Gee and Rhame paid $60 million for the building in December 2014, nearly $26 million more than its tax value. The BB&T building is listed as a potential forfeiture target for the U.S. government if Rhame is convicted.

Rhame is the founder of Sterling Currency Group LLC of Atlanta, which had been listed among the nation’s largest sellers of Iraq’s currency, the dinar. The other defendants are James Shaw, a co-owner of Sterling; chief operating officer Frank Bell; and Terrence Keller, an alleged paid promoter of Sterling.

Rhame, Shaw, Bell and Keller are each charged with conspiracy to commit mail and wire fraud, as well as several counts of mail fraud and wire fraud. Rhame and Shaw are charged with conspiracy to commit money laundering and 12 counts of money laundering. According to the indictment, at least $19.9 million was laundered through 24 accounts.

BB&T has had no comment on the indictment of Rhame.

BB&T spokesman David White has pointed to a statement from Gee attorney Reg Hamel, who said the indictment “won’t in any way affect the short-term or long-term operation” of the building. Gee, a Charlotte investor, is not involved in the case.

Federal prosecutors said in a June 2015 complaint that Sterling is built on what they describe as a scam to defraud investors hoping to cash in on a “revaluation” of the currency.


The idea that the currency will be “revalued,” resulting in a sharp rise in its worth, “has spread throughout the internet and is promoted by a variety of internet blogs and individuals who hold themselves out to be currency experts” the complaint says.

“The indictment alleges that Keller, Rhame, Shaw and Bell knew and believed that representations concerning an imminent reevaluation of the Iraqi dinar, particularly claims that the information came from one or more supposed high-level confidential sources, would boost sales for Sterling,” according to the U.S. Attorney’s office.

According to the indictment, between 2010 and June 2015, Sterling grossed more than $600 million in revenue from the sale of the Iraqi dinar and other currencies. During the same period, Rhame and Shaw received more than $180 million in distributions from Sterling.

According to the indictment, at least $19.9 million was laundered through 24 accounts. Officials also flagged another $22,643 in 10 accounts for wire and mail fraud.

@GirlBye wrote:By no means am I saying they aren't guilty. However I think it is very coincidental that they were finally convicted when the Dinar is at the closest its ever been  to raising in value.


Its enough to make people panic and sell or toss their Dinar.  Its really interesting....The timing....

Sorry, maybe I missed something, what do you mean "raising in value"?  The Iraqi Dinar has done nothing but lose value since, what, about 2010?  Who said it's raising in value?  Usually the same people getting paid to promote it, just saying.

GREAT NEWS!!!
now they must go after ALL these SOB"s Okie included and lock up their sorry asses!! 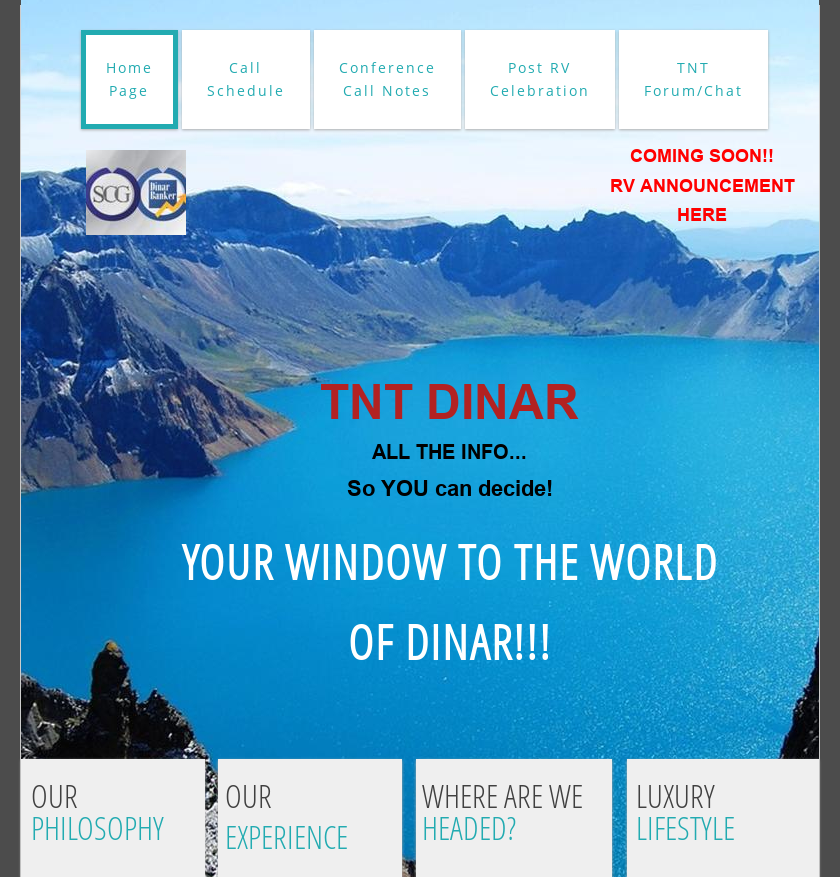 » POOPness for JUL 15: TIRED OF SCAMMING FOLKS FOR DONATIONS & OTHER ZAP CRAP