In Iraq and Syria, Imagery of Nighttime Electricity Use Illuminates the Impacts of War

In Iraq and Syria, Imagery of Nighttime Electricity Use Illuminates the Impacts of War

The outbreak of conflict in Syria in 2011, which quickly escalated to a full-blown civil war, has done tremendous damage to the country. One compelling way to visualize the devastation is using satellite night-light imagery.

Imagery that depicts electricity use at night is an illuminating tool that can be used to track population trends, economic developments and geopolitical shifts. One of the most widely known examples of this approach is the set of images that highlight the stark difference in nighttime electricity use between South Korea and the less-developed North Korea. 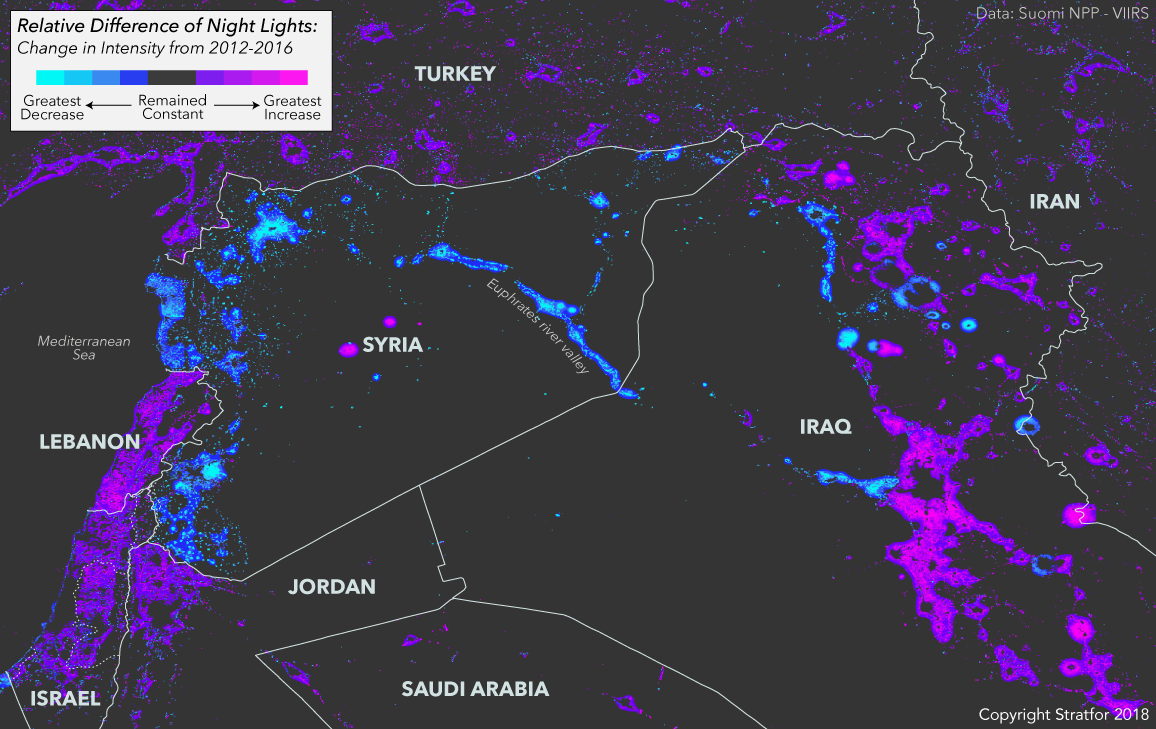 The drop in electricity use also demonstrates the enormous challenge of post-conflict reconstruction in these regions. Restoring these services and ensuring their reliability will come at a high price and require efficiency from the Iraqi and Syrian governments.

After declaring the official defeat of the Islamic State group in Iraq, for instance, the government in Baghdad estimated that the price tag for reconstruction would amount to $100 billion. So far, Iraq has accrued millions of dollars' worth of pledges from countries like the Arab Gulf states and the United States for future reconstruction, just a drop in the bucket compared to the total amount needed.


Meanwhile, Iraq has dealt with persistent popular unrest because of its lack of sufficient electricity and water services. The absence of basic services in Iraq and in Syria is also a major challenge for outside powers with interests in these two countries, including those that want to return Syrian refugees to Syria as well as those that want to see a more stable Iraqi government for their own geopolitical reasons.