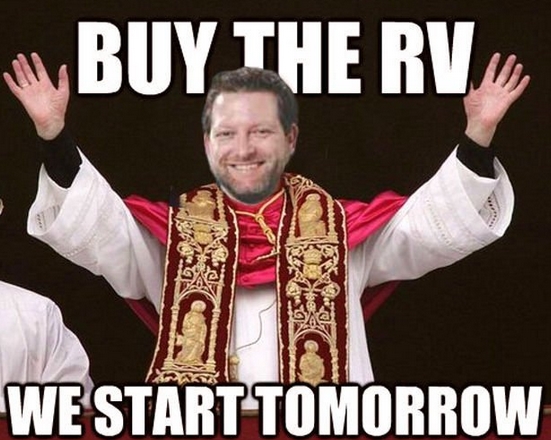 He didn’t say much as it relates to us.

Just know nothing will stop the ascension of Africa and their assets now from coming online, digitally managed and politically protected by the Chinese and Russians of course.

In return, Russia kindly eliminated all Israeli air traffic over Syria and against Iran. Poof. Just like that.

Win the battle, lose the war. That’s how the cabal is playing everything now.

Sure humanity wins long term, but we lose with each passing day of delay. As chip by chip, the stone that was innocence begins to take public form and shapes our future.

Until l, until.... there are just no more edits, changes or delays and the miracle just appears as if it were always alive in the stone.

And the RV sculpture becomes accepted as art, patiently existing forever as crafted on stone—not within it.

We’re waiting on Zimbabwe to announce that they are demonetizing their bond notes at 1:1. That’s it. No great drama. Global prosperity via African minerals.

Zimbabwe bond note redemption therefore is the RV. There’s no waiting for Zim currency to come on line, or any other.

Sorry Dinar fans. Your choice of currencies doesn’t have the bulk of the rare rocks to start anything transitional of substance.

But they will convert. Well played.

Though we all need to first achieve global peace. Little thing like that. No war. No conflict. No unnecessary suffering.

Making the Israel / Palestine issue an immediate necessity for resolution between its superpower brokers, Iran and US (guaranteed by Russia and China) with oversight help from benevolent beings here to help in our planetary ascension.

Highly complicated and supernatural geopolitical events are dropping like its hot everywhere.

And why both the SCOTUS and Mueller distractions should be welcomed as seen applied pressure by said guarantors as well as their 24/7 military assaults on remaining cabal factions.

We can use his intel to better evaluate our redemption progress as well as the NPTB’s performance metrics for achieving the global peace.

Confused? Too bad. It’s universal era transition and your spiritually invested now. If you could have left you would have already.

So hunker down and take this truth medicine with a smile.

If your old life hasn’t already collapsed, it will. Because it has too for your soul to transition.

That’s how the universal mechanism of change works. Give to get.

One must first leave an existing consciousness as to occupy another reality, like totally and completely.

Also, anyone reading this post needs to come to grips with the fact that there are thousands of spaceships, not of this planet nor human making, hovering and cloaked in our atmosphere, just waiting to land and assist us on earth in our ascension after 13 millennia of quarantine.

Hilarious I know, yet true. So deal because alien disclosure is included in the RV bounty.

But hey, you’re rich beyond all human understanding and will be for the remainder of your days. Congratulations!

The price you will pay for said infinite wealth, however, will be the loss of naïveté consciousness, as everything once logical and historical will mentally evaporate I’m afraid.

And that dear friends is the rub for redeeming th Zim. Consciousness transition. Loss and gain. Instantly. Absolutely.

Damn Yo, that’s cold. Spinning that ascension yarn like bitch as cat with sharp claws.

I guess my tolerance level for ignorance has reached intolerant because I too must transition. Whenever comes with comes with. Whomever doesn’t, well dies.

That’s why the currency community for me became dead weight—literally.

As one becomes a lifetime servant of the Most High redeeming Zim, strictly due to the law of highest consciousness wins and Zim redeemers will be the first human generation allowed to freely go through the energetic wicket of enlightenment.

And you dear one, will just transition like a caterpillar into a butterfly, no more crawling. Fly. Fly. Fly from here on out.

Where does all your innocence go? Who knows. Maybe a naïveté dump where virginity, youth and uniqueness are all buried next to third grade “participation” trophies?

Doesn’t matter honestly. Just happens with or without your consent. Like the RV for the cabal. One day the matter, the next day they don’t. Sobeit. Beitso.

On a lighter note, we started Human Angels exactly one year ago on September 26, 2017. Thank you for your participantion as a Top Down Philanthropist (TDP).

It’s been one hell of a ride... sadly it will never end. Best to get used to the charitable insanity.

HAS will eventually be handing out graduation scarfs like the one worn by President Mnangagwa, no trophies or ribbons for participation.