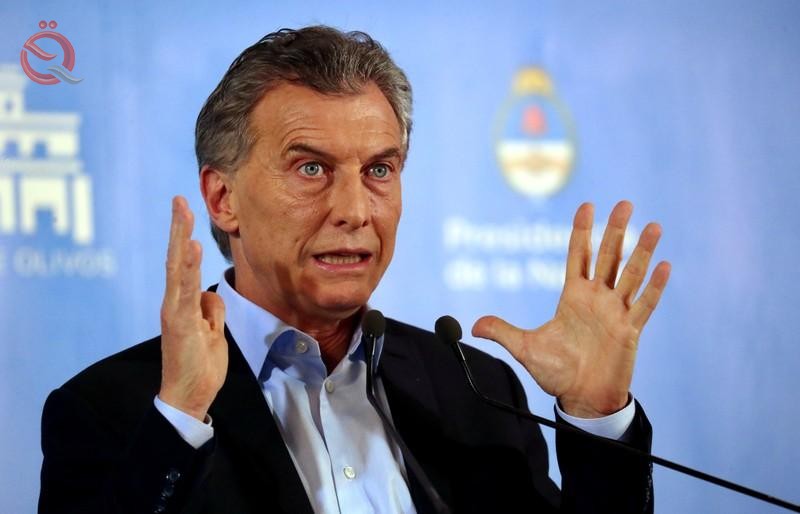 Argentine President Mauricio Macri has imposed new export duties on the world's third-largest producer of soybeans and sharply cut government spending in an "emergency" attempt to adjust next year's budget as his center-right government seeks to persuade the International Monetary Fund 50 billion dollars.

Austerity measures announced by President Makri and Finance Minister Nicolas Duchovny came under pressure from the loss of the local currency peso 16 percent of its value last week, bringing its losses about 50 percent against the dollar since the beginning of the year.

The peso fell 4.39 percent to 38.70 pesos to the dollar after government action was announced.

Macri, who advocates market freedom, was cutting farm taxes after he took office in 2015, trying to "normalize" the economy after eight years of intense government intervention under his predecessor Cristina Fernandez.

"We know it is a terrible and terrible tax that goes against what we are trying to encourage: to increase exports to create more high-quality jobs," McCurry said in a televised address.

The new taxes could delay grain shipments from Argentina - the world's largest exporter of soybeans, soybean oil and the major source of raw soybeans and maize - as farmers and export companies monitor the exchange rate for the most appropriate time for sale.

Dohukhny is scheduled to hold talks in Washington on Tuesday with senior IMF officials to discuss the acceleration of disbursements in accordance with an agreement reached in June.

Duchovny said the contraction of Argentina's economy this year would be more than 1 percent expected.

"We can not keep spending more than we earn," McCreery said repeatedly, warning that poverty would increase because of inflation, which exceeds 30 percent. But he asked his compatriots to be patient in efforts to end the country's recurrent economic crises.

"This is not just another crisis, it should be the last one," McCreery said.

The government said it would boost social spending programs such as childcare, reduce the number of ministries to 10, and reduce capital spending - which supports infrastructure - by 27 percent next year.

Duchovny said the measures announced on Monday would allow his country to achieve an initial budget surplus of 1 percent of GDP by 2020.

But a trader said the market was skeptical about the possibility of achieving new financial targets.

Economists reacted to the announced actions, which some said did not live up to expectations, while others cautioned that they could fuel political instability next year.