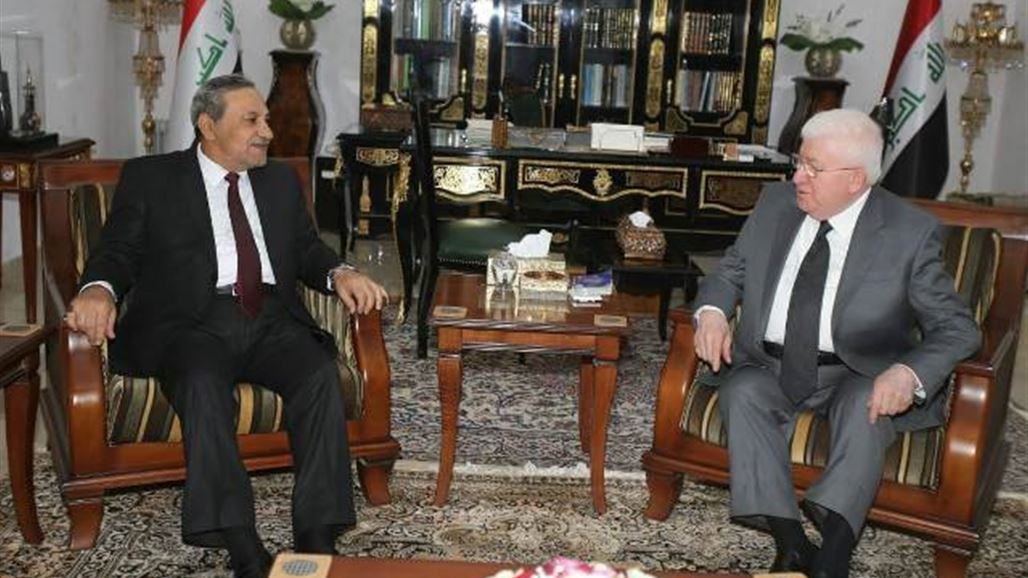 Alsumaria News / Baghdad
The political representative of the leader of the Sadrist movement Moqtada al-Sadr , on Sunday, with President Fuad Masum constitutional time and the invitation of the President to hold the first meeting of parliament.

The Sadr movement said in a statement received by Alsumaria News a copy of it, "The political representative of Iraqi leader Moqtada al-Sadr Judge Jaafar al-Musawi, met Sunday evening President Fuad Masum at the invitation of him," explaining that "during the meeting discussed in several axes, Adhere to them, and invite the President to hold the first meeting of the House of Representatives, and focus on leaving the mistakes of the past in the formation of the next government.

He added that "the meeting dealt with the issue of realizing the demands of legitimate demonstrators and expediting the provision of necessary services, and address the problem of water in Basra and its effects on the lives of citizens and the need to begin to address them immediately."

The statement pointed out that "during the meeting, emphasis was placed on the government's realistic program, which is subject to specific timetables to ensure the achievement of its objectives of crossing the national compound, the keenness that the decision be Iraqi, and maintaining the full sovereignty of the country while building balanced foreign relations to achieve the interests of the people."

The political scene in Iraq is a wide movement among the winning forces in the elections that took place on 12 May 2018 to form the largest bloc in preparation for its mandate to form the next government.

Similar topics
» Tariq Harb to /Nina/: The constitutional timing for the election of the president of the republic and the formation of the government will be delayed as a result of challenging the constitutionality of the first parliament session
» Three constitutional irregularities committed by the Parliament in its first session of the fourth legislative session
» Parliament holds a deliberative session to discuss the elections
» Legal representative: 150 Law of the previous session of parliament did not vote on it so far
» Financial representative - reduce the deficit and make the final report during the next Parliament session