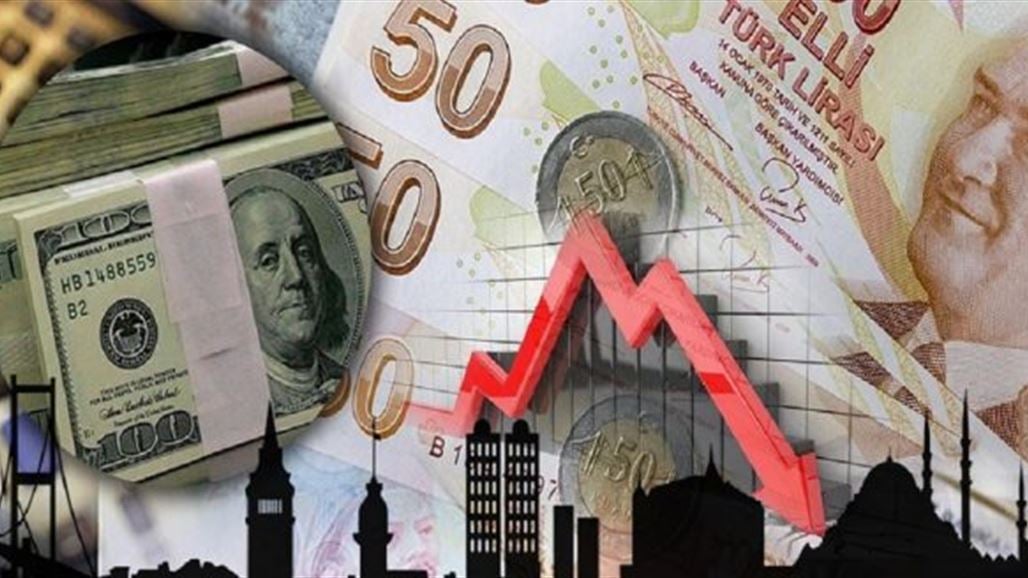 Alsumaria News / Baghdad
, the deterioration of the Turkish lira continues on the impact of tightening US sanctions against Turkey has claimed was worth more than 6 pounds versus one dollar after this was the price less than four pounds prior to the end of last year , 2017.

growing tension in the US - Turkish relations because of the US Pastor Andrew Branson, who is being held by Turkey for "terrorism and espionage".

The tension has so far led to US economic sanctions against Turkey, the latest of which is the doubling of punitive tariffs on Turkish steel and aluminum products and the tightening of opportunities for foreign loans to Ankara .

This deterioration is raising the Turks' growing fear for their future due to rising prices of food, medicine and other commodities in a way that threatens their daily lives.

It also raises European concerns about their loans and premiums, which are estimated at billions of dollars a year. These concerns reflect a decline in European stock markets, which has mainly hit French, Spanish and Italian banks, which owe to Turkish private and public institutions.

The problem of the Turkish economy is that it is one of the most dependent on foreign investments and loans. It is estimated that Turkish companies and institutions owe hard currency to non-Turkish banks more than $ 220 billion, mostly European funds.

The problem is that the lower the pound, the weaker their ability to meet their foreign debt.

Which threatens a series of bankruptcies Such bankruptcies would drag many European banks, foremost Spanish, French, Italian and German banks to bankruptcy.

Page 1 of 1
Permissions in this forum:
You can reply to topics in this forum
Who is online?
In total there are 55 users online :: 1 Registered, 0 Hidden and 54 Guests :: 3 Bots