I have been following this RV for a long time. I am an angelic channel, I voice channel many, many beings including our creator. I have never asked about the RV in depth.

I followed this site and the many posts and just assumed that much is as is said on the board regarding Zim as many channels post the same thing.

However, my channel from this morning consisted of me being shocked, completely shocked.

Everything on this board is wrong. I'm sorry but I was told that the Zim Dollar is not going to be the highest currency. The Iranian Rial will be the highest.

The Zim will not be worth the amount you all believe it will. I tell you all this now so that the people that have ONLY bought Zim will not lose out.

Not everyone is here to do humanitarian works, it's not in everyone's life plan. Only one's who have this in their plan will get the amounts that they need.

Only a few have this in their plan. Not even myself has this in my plan. I was shocked. I was told that I can exchange, I will exchange, but not for the amount I believed and not enough to do large humanitarian works. More than enough to live in comfort and help small causes on a money level.

I believed the same, I have project works written down, I wanted to do great things with the money, but this is not so.

Channeling works down the persons belief systems, but I have mastered how to release and evade these system's.

The belief systems can cause a channel to not channel 100%. They could be channeling 60% and 40% belief system or pulling from a different time-line, there's many factors.

This is why (as I have learned over the last few weeks) you must go inside and not follow others and what they say.

I never have followed anyone but I followed the belief of the Zim.

A lot that is put out is not 100% correct. now there's no right or wrong in experience as such. But to think that everyone will become trillionaires is false. This is not factual.

Paper money will continue, we are NOT going 100% digital yet.

Only a few are chosen for huge amounts if it's within their life plans. The system will know.

There's room for helping the planet, all will be able to help, it will be an amazing time. brothers and sisters from other systems and planets will come to help also.

I also tell you this so that you can tell all. tell friends, family, tell all that will listen to get currency. This is not for a few, it is for all.

All can benefit from this exchange but not at the amounts you all believe and I once believed until today's channeling session.

I have been told that not many will believe this post but that is fine.

I still tell you ALL to go and get other currencies, do not stick to Zim. It is not as valuable as you believe it will be.

You will NOT be called or emailed, that is false. Some will be informed directly, many will share. But you will not miss out. Banks will take the money.

It is suggested that you exchange the currencies around 4 months after the RV. The rates will be higher, you do not have to rush to exchange like in some secret way as many have suggested on this site, this is false. This is NOT some secret event as such, Although, many are not aware and thus will not benefit.

This exchange is for all, not for some.

Many have already exchanged but not for the amounts that people say on this website, that is why many do not come forward and say. You may believe that it is because of an NDA, but that's not factual. The banks are not going to do this as a secret thing.

Also, when we exchange the system will not allow it. I was told that the whole NDA thing is rubbish. It's a straight exchange. There's no secrets here.

I know, I know. I was shocked also.

The QFS system is love, it is based on love, it is open, it is open to all, it will not allow a system of secrecy. This simply will not be allowed the system will not understand secrecy as such. I cannot go into this system though.

You will be able to go to the bank and exchange or an exchange military center (yes they're real). There is NO difference to where you go. You will not get more or a higher exchange rate for going to an exchange center instead of a bank. The centers are setup because of the amount of people exchanging. That is all.

You can believe this or not, I post to help you all as I was shocked and wanted to help.

I love you all as I love myself, in love and light of the creator, amen.

Another liar and fraud ... 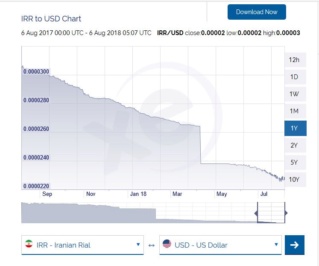 you will never see one.for a country that cannot even pay salaries and is suffering from a lack of cash flow you think they would do something.every year iraq is losing billions due to fraud. you would think this would light a fire  to do something? no because between iran and the goi taking kick backs nothing will change. this is why malaki still is in power and as corruption exists so will kicking the can down the road