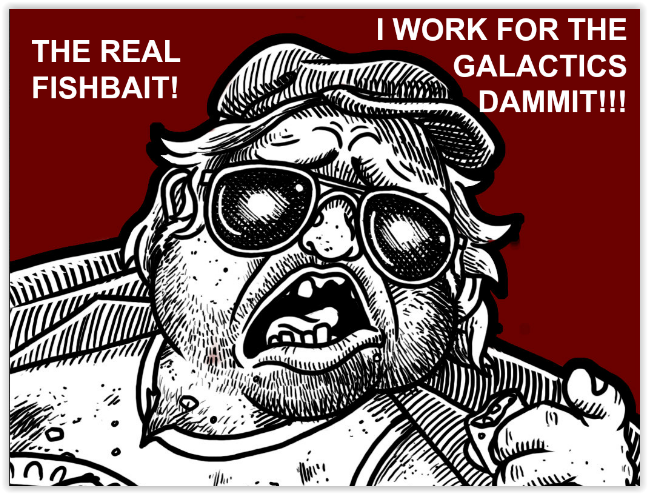 TRIBUTE TO A LEGEND

Fisher was the one who pressed me to start this movement, and several others to be honest. He told me that “You should all feel a sense of self righteous indignation because of their lack of performance!”

I don’t know who Fisher really was. Galactic holographic Ambassador, member of the Majestic 12, CIA, Ghost Squad, retired military, a total PSYOPS, or just a grizzled Vet who’d seen too much not to share. To me, he was the truth, a voice for the people, and a credible witness in a world of speculation and lies. The first time we ever spoke I forgot I was on a call and kept asking him questions as if I was reuniting with an old family relative who knew all the family secrets. He told me we were part of the same Star Seed family. I had no idea what he was talking about. I just knew that he knew, and that was enough for me to believe him.

Fisher gave me all types of inside information and would ask me what I was getting on the ground. He was an educator of the masses and a healer to the people. He told me about the Chinese Elders paying the salaries for the US Military, and how that was why the Generals were answering to them. When I told him about Kim, he said that it “kind of made sense.”

Fisher never told me what to do. He assured me that no one could hurt me and supported every move I made. He understood the process I had to go through personally, and never left me to fight alone. He gave me the confidence to speak my truth.

When Fisher suddenly told me not to speak to Kim, I knew it was out of character. He would have encouraged me to gather as much information as possible and put it out. Many thought we had a falling out after that, but we still stayed in touch and I updated him periodically. He understood how to communicate a message without saying a word. He and I couldn’t talk the same way after that because the walls have ears, and guns and poison, but he still gave me direction and let me know I was on the right track.

Talking to Fisher was my first real introduction to Intelligence double talk. In one conversation he’d give me the same information with three different endings, and somehow I was supposed to figure out which one was accurate. And somehow, I did. He was teaching me to discern in a different way than I’d ever thought would be necessary. He revealed the matrix for what it was.

I know many felt uniquely bonded to Fisher. I can’t give there testimony. All I can tell you is what the man did for me, and he wouldn’t have it any other way. I didn’t know him like Dr. WC and I never fought in any Galactic Dimensional battles with him like Smarty did. At least not that I’m aware of. But as I’m sure they do, I feel he was sent here for just for me.

At the end of a mission soldiers are supposed to return home. As we end this age and begin the next, Fisher’s death aligns perfectly with the synchronization of the Multiverse. He was the only voice from the other side that seemed to be willing to speak the truth. He was fearless and gave us permission to be that way too.

Fisher once said to me, “We were just waiting for you to stand up.” It was as if he knew I had a bigger part to play. He encouraged me repeatedly to take the lead on some new adventure that revealed another aspect of a flawed slavery system. And like a true General he stayed on the battlefield to fight with us.

Fisher was a mentor and a friend. I celebrate the person he was to me and the contributions he made to help so many. There is no force in the world that could have taken him out unless it was his choice. For that reason I believe that he accomplished his mission and was allowed to return home.

I am honored to have served by his side.