Since Dan or his friends over at People's Talk Radio know that Dinar Daily is the premier website for accurate information on the Iraqi Dinar, I know they will be sharing this page with him.

Dan, if your conference calls are legally copyrighted, please submit the copyright information like major podcasts do.

Also Dan, since the page to your calls below is public, and since a password or paying membership is NOT needed to access the calls, a takedown request is just a crybaby move.

Dan, protect your content and you won't have to worry about people finding it, but don't worry Dan, nobody over here even has the time or patience to listen to your useless "intel" anyways, they would rather be with their family and friends.

The way I see it Dan, the people currently paying $20 or whatever you are charging for month will either:

1 - Stop paying and simply download them from the links on this page
2 - Stop paying once they realize that you have been wrong about the dinar since you got involved.

Dan Atkinson of People's Talk Radio says his conference calls are private, that you have to be a paying member, ok, well why is there a public link to them on Google?

Step one, do a Google search for "peoplestalkradio"

Step two, look for a link to the omnimediacast page (yes, it's public)

Step three, once there on the website, go to the parent directory

Step four, look for live.php on the page 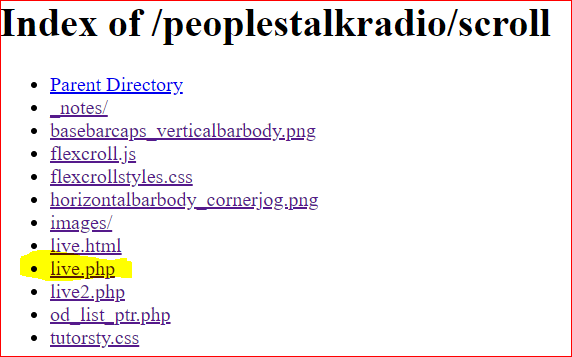 Step five, you now have access, but please, don't listen to the calls unless you wish to be misled, they are PAINFUL to hear, I couldn't even find anyone to transcribe them at a reasonable cost. 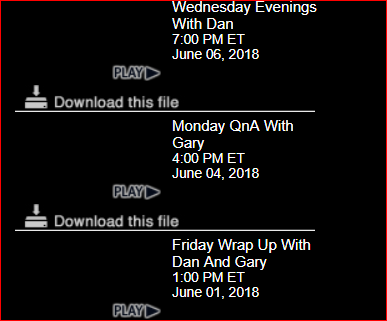 In my opinion, Dan Atkinson and TNT Tony (Anthony Wayne Renfrow) conspired together to get involved in the dinar, the same way they were involved with the fuel company.

Here is the video from when Dan and Tony worked with a Fuel Company doing MLM, which some people call pyramid schemes:

Also, I found this on Facebook, it's been up a long time, so maybe that means it's true?

Dan Atkinson "At It Again!"


Anybody CONSIDERING joining Fuel Legacy or ANYTHING else Dan Atkinson Promotes, NEEDS to read this!
Dan Atkinson is a man with a whole lot of "BAGGAGE." Honest MLMer's BEWARE! It has recently come to light via an extensive investigation that former 4-E "pitch man" and now FUEL LEGACY "Marketing Director" has more skeletons in his closet then Jeffrey Dahmer! You will be SHOCKED at what has come to light. Show every 4-E and Fuel Legacy member this page. The truth needs to get out and this man must be stopped. HIDE Your daughters!


If you see this man, run the other way!


Dan Atkinson's past has caught up with him in more ways than one. Lets first start by establishing who Dan Atkinson "Claims To Be" (in his own words) (This is STRAIGHT from the FuelLegacy.Com website-Verbatim) Dan Atkinson National Sales Director Dan Atkinson, National Sales Director of NanoTech Fuel Inc., is 44 years old and a businessman who has enjoyed the privilege of being married to his wife Lisa for 25 years. Like the rest of the Executive team, he is a devoted family man and is the proud father of three daughters who have blessed him with two granddaughters.


For the last 15 years, Dan has made his mark in the sales and marketing arena. In less than three years, Dan became one of the largest importers of reptiles in the United States. Private breeders everywhere looked to him to provide them with rare breeding stock. After the disaster of 9/11, the importation of animals into the U.S. was halted for nearly a year. Dan quickly turned his focus toward the Network Marketing arena and over the past eight years, has built two organizations that include over 100,000 members. He is an accomplished speaker, as well as a mentor, to many in the Network marketing industry. Seeing an opportunity for many of his previous and future team members, he focused his attention on the fuel additive industry for the last three years. By doing so, he developed an “insiders” view of this blossoming industry and through analysis, now firmly believes that Fuel additives are the next primary trend in Network Sales and Marketing.


As the CEO and Founder of ForEarth, Dan built a team of successful marketers, and in less than eighteen months the company's net sales were twelve Million dollars. The company secured the sponsorship of two IRL Pro Series racing teams to utilize motor sports to gain product exposure.


In February 2008, Dan and his hand selected management team found what they believe to be the true X factor that so many people have been desperately seeking in today’s marketplace. They all agree that eeFuel® is the best liquid fuel additive available today and in the future, and they have secured the exclusive rights to this product and are now in full swing to launch this to the Network Marketing arena.
Currently, thousands of distributors around the world have been massing together to be a part of what will be the best marketing story of the 21st century.


Give a guy a FLAT TOP hairdo and he thinks he is a gruff and tough marine. Dan Atkinson loves to brag about being a Marine, but fact of the matter is, he did not serve much time at all. In fact he claims he got out because of a "bad back." Not true. Dan Atkinson is a disgrace to our TRUE Marines (men & women) who serve this country everyday and die for our freedom everyday. Dan Atkinson is a "WANNABE" and always has been. Here is an example of Dan playing "TOUGH GUY" again.


I think calling Dan Atkinson "Sergeant Carter" is giving him too much credit!


NOW GET A LOAD OF THIS!


November 7, 2002
DANIEL JOSEPH ATKINSON & LISA RENEE ATKINSON are convicted with a "judgment by default" for refusing to pay $2,000+ to the Placer Creditors Bureau. (Excerpt taken from this link and posted by sky voyager:


A TRUE Story. Here is the actual law suit in which Dan Atkinson were convicted with a JUDGMENT by default! http://therealdan.atkinson.tripod.com/moretruth.pdf (DEAD LINK)


The Dan Atkinson "DRAMA QUEEN" Pattern Continues. Below is a Dan's history of criminal activity. Documented with case numbers and plenty of numbers where you can verify this information. We are ONLY interested in getting the TRUTH out.


Dan likes to bad mouth people and is a man who throws rocks while living in a glass house. It is time the world finds out how DANGEROUS Dan Atkinson really is! Criminal History Atkinson, Daniel J.


Why would ANYONE want to go into business with Dan Atkinson? Most people know that Dan raises SNAKES as a side business. He has even managed to screw up the SNAKE Business. Just look at these posts about how Dan handles the snake business. It does NOT take a Psychiatrist to figure this one out. Dan has a history of dealing with people this way.


Here is a POST about Dan's handling of his snake business:
http://www.faunaclassifieds.com/inquiry2/posts/1466.html

FuelLegacy.Com is yet another company that Dan Atkinson
will take down. It is YOUR money and YOUR reputation at
stake. Dan's reputation is in MANY police blotters and
counties. Beware and do NOT allow Dan Atkinson to YANK
your chain!

More to come and soon.


One final thought, why are HIS MEMBERS over HERE?  Could it be that they don't believe him or that they are desperate for the truth?  Either way, we welcome the people from People's Talk Radio, we will wake you up to the truth, if you can handle it.

Dan, feel free to call me and leave another beautiful message about how I'm a criminal and that you have my license number, I look forward to meeting and making fun of you in person someday.
*****************
Nick Giammarino - Global Currency Reset