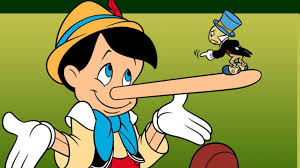 We are currently testing a different, improved commenting system for our blog posts.  It allows for many additional user options/features, which we think many of our readers will enjoy.  Readers will be able to vote up or down on individual comments, among other features we can add.  Additionally, it offers us vastly improved back end controls.

The system is by Disqus, which has millions of websites using it.  Many of our readers are likely already registered with them.  To make a comment at Recaps, you will need a registered username with Disqus.  Comments will still be moderated.

They still censor dissenting views, and still embed ad shuffle to drive revenue from clicks, and still collude with gurus as co-conspriators by posting KNOWN lies from KNOWN liars for profit.  They are fake news, spreading false hope and lies for money.  They work directly with gurus to control a narrative (kinda the exact opposite of what an aggregator is supposed to do), for money.