You know it's slow when they put the same stuff in 3 times.  Makes it look like the left hand does not know what the right hand is doing......which is probably the truth.

They can always post the news articles coming out of Iraq that the Gurus want to ignore.

Time for them to spin up Clarke, he's their go-to web traffic generator and resident liar.  Everybody gets paid when Clarke waxes moronic and cryptic...doesn't matter if Clarke has been lying since Jan 2016...

True Rambler.  I tested them the other day.  I would surely never let them have my email address so supposedly they won't post a comment without your address.  The other day I commented with some "sunshine" without my email address and they posted it.  Proves their agenda and also think about how many people have been wronged by the okies, bruces, etc of the world over the years as they blocked the warnings from well meaning people and let the lies continue and....... as you said, would be counter productive.

Yep Reap, DC called it in November 2016, just like he is doing now.

actually...first wrong prediction was March 2016...after oozing pomposity and arrogance in Jan 2016...just as Recaps prescribed, because giving a platform to lying-ass egotistical gurus is their MO, as long as they can fill the coffers with ill-gotten gains.

Let's all remember - Recaps makes money by publishing KNOWN lies penned by KNOWN liars, and KNOWINGLY perpetuates fraud as co-conspirators.  Even more to the point - despite their numerous attempts to deflect and cya, Recaps is in complete cahoots with gurus.  Everybody knows it.  Lets get real - nobody writes a bunch of lies for over two years without getting paid.  Recaps takes good care of their gurus, folks.

@Recaps - spare us a ride in the spin-cycle, we all know you collude with KNOWN liars; ergo, you are a KNOWN collection of liars who only care about making money.  If you pop on here to defend yourself, take it to the next step and DEBATE me - record it, and publish it on your bullshit lie-aggregator of a site.  15 minutes is all I ask, and I'll ask a bunch of yes/no questions.  I dare you.

Actually Reap, what you say is your opinion and assumptions.  Which happen to be wrong about Dinar Recaps.


Sorry, no need for Dinar Recaps to debate anyone, as NOTHING is from us.  Good luck trying to get anyone else to debate you.


Have a good holiday weekend.

Dinar Recaps wrote:Dinar Recaps has NEVER created any person or ANY post ever made on our site. 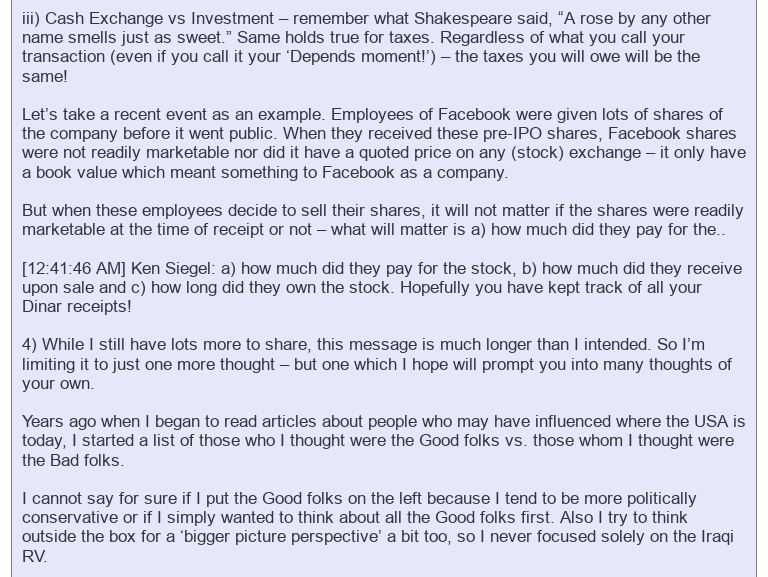 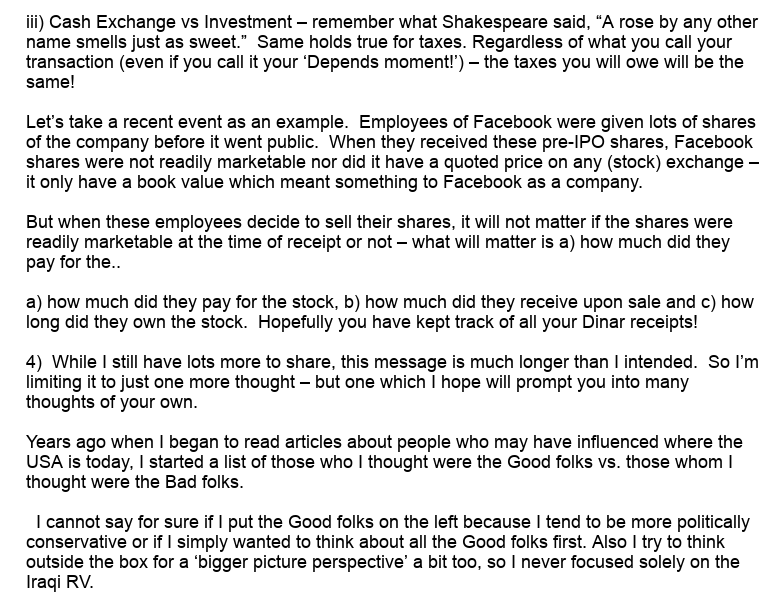 Can you remind us again who owns and runs Dinar Recaps?


Dinar Recaps wrote:Dinar Recaps has never paid one penny to any person for anything we have ever posted.

Can you remind us again who is the beneficiary from all the ad revenue generated by the posts?

Dinar Recaps wrote:Actually Reap, what you say is your opinion and assumptions.  Which happen to be wrong about Dinar Recaps.

Care to post the above on your site and let your readers decide if your statement about you not posting on your site is true?

Do you need a video to go along with it?

Sorry Nash, reposting old items does not make it true now, as they were false back then.


Again, you can have your own opinions or assumptions, does not make them true.

I don't care whether they make it up or not.

As their "Disclaimer" shows, what they post is utter bullshit. They know this is a scam and are quite prepared to make a profit from their website by attracting gullible people.

Since 2011 Dinar Recaps has been profiting off of the guru's outlandish lies.   They have promoted the non-existent RV and have never allowed opposing viewpoints....  as MidnightRider pointed out.

Countless lives have been ruined by the Dinar Scam.  Broken marriages, family estrangement, lost savings and even suicides.  There is blood on your hands, Dinar Recaps.  How can you sleep at night?  Do you have no conscience?
*****************
>>>TNTBS's YouTube Channel<<<

Not assumption, not opinion, we know people you've compensated.  "Who runs Recaps?"

Why is, 'Perfect Privacy' a failed attempt?  "Who runs Recaps?"

This will be fun.

I lost count of the number of times I replied with actually verifiable facts that refuted guru claims but which never saw the light of day. Every one was polite, none of them attacked anyone, and none of them got published.
*****************
Trust but Verify --- R Reagan

Yesterday at 2:56 pm by Ssmith

Yesterday at 2:55 pm by Ssmith

Yesterday at 2:54 pm by Ssmith

Yesterday at 2:54 pm by Ssmith

Yesterday at 2:53 pm by Ssmith

Yesterday at 2:53 pm by Ssmith