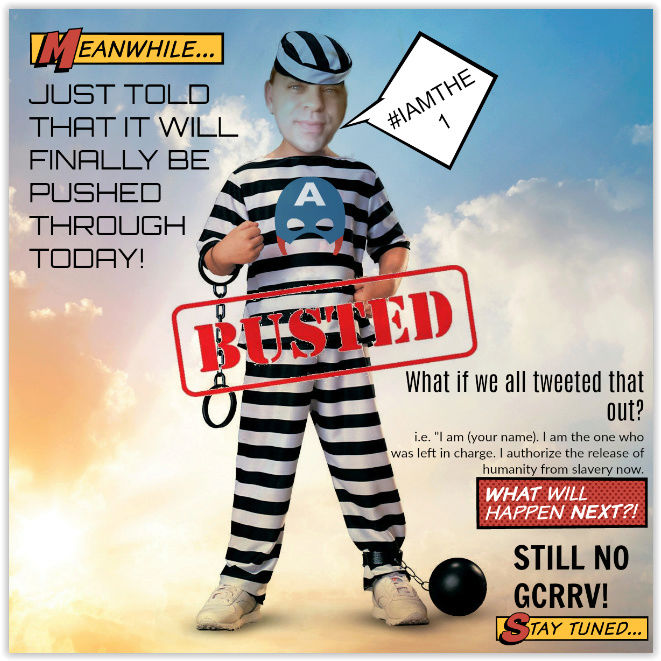 GOING AFTER THE KINGS, PART 10

“Light dwells in the light.”-Yahshua the Messiah, the Book of Thomas

Imagine what the world would be like if everything was actually transparent. It is the very nature of secrets to hide in the darkness. The dark activities of the Order is only made possible because people have agreed that some piece of information, event, or regular activity cannot be shared with the public. It’s usually justified as an act of benevolence by characters charged with our care who rationalize their secrecy because of the weak psyche of the people.

The danger of secret activities is that they lead to the compartmentalization of essential components that tell the whole story. Here in lies the power of knowledge. The one who has the complete understanding of what is known in each compartment can use that to create their desired outcome by releasing or withholding the details that create the narrative. This is how we’ve been manipulated and controlled in every aspect of our lives.

Consider the information that you’ve been given about any subject. This information becomes the reality that we base our decisions upon. We heard there was a revaluation of Currency in Kuwait that made the elites rich. So it made perfect sense that we could exchange our own currency if we had known about this pending event. And with the Dinar, we had figured something out that wasn’t intended for us.

During the same time frame the OMD Group was manufacturing the Global Currency Reset which appeared to be part of the same movement. Prosperity packages were introduced at some point before all of this, and the common narrative seemed to be one of revitalizing humanity. Various Bonds were submitted to the Asset Redemption program and cashed out sometime before the market crash in 2008. Then the Bonds themselves were sold back to unsuspecting investors as valuable assets even though they had already been redeemed.

The characters at the perceived top had created a plan in 1975 to execute a peaceful transition of power from the Americans to the Chinese and ultimately bring the world under the control of one central Government. Meanwhile there was several layers above them who were actually dictating the disbursement of information using it to make each party feel special and entitled because of their bloodline, talents, or actions.

This sense of entitlement and superiority created the illusion that they could make decisions for the greater guidance of the masses who weren’t able to act in their own best interests because they could not understand how their actions effect the whole. At the top of the Order the Comptroller had a relatively simplistic goal of gathering an inventory and ownership of all the assets on the planet. When this goal was accomplished, there was no need to placate the slaves that believed they were superior to the others. In 2007 this goal was accomplished and the access of the head slaves was cut off.

Having access to this tool made the head slaves seem all powerful and diluted them to believe that they had absolute reign of the entire planet. All of this deception was made possible by one group not knowing what the other was doing. Even now, the FBI, CIA, NSA, the Military and so on all withhold information form one another to maintain power and execute their own agenda. But as a rule, these organizations all bow down to the supreme power of the Rothschilds. And despite never seeing these characters act in the best interests of the people or even deliver on any promises they’ve made, these organizations continue to keep their secrets, not realizing that they are the very tools being used to enslave us all. Because like the head slaves, disguised as masters, they too think they’re special and entitled.

Meanwhile, at the bottom of the Order, of which you and I are are all subject to, we see such a limited sample of each compartment that we’ll believe anything unless it challenges the core of what we are certain to be real. This is why our reality feels like it’s crashing all around us when someone challenges something we’re attached to. Even if we’re attached to an atomic bomb headed towards the Earth, it’s almost impossible for us to believe that we are part of something destructive. Attachment created by lies, rooted in darkness, always breeds more darkness.

For a truly peaceful transition of power to take place, light has to shine in a dark place. The light exposes the activity taking place in the dark. When this activity is exposed, then even the offenders are forced to change their behavior. By keeping their secrets we allow them to enslave and eliminate the beauty of humanity. It is only when we ourselves are willing to face the light of exposure on our own iniquity that change is truly possible. This courageous act is the foundation of free will and the key to all of our freedom.

When one has been stripped naked and no longer has any fear about the opinions or consequences of the group, the only option is for the truth to be exposed. The saying goes, “The truth shall set you free.” If our secrets are used as tools to blackmail us and our “leadership” then this statement is an absolute fact.

We grow attached to the image we have created for it selves and want that to be the legacy we are remembered for. This attachment disables us from making any progress because it overrules our desire to act with integrity. To act with integrity on the current battlefield would require one to shine in the darkness, knowing the darkness will not understand it.

The darkness is our ignorance in this case. It’s an imposed darkness and therefore isn’t something that makes up the essence of our being, but it can overtake our light if we constantly choose the lie over the truth. This darkness presents us with a constant choice. Do we remain ignorant and maintain the integrity of the graven image we have created of our selves? Or do we act with integrity, expose our failures and tear down the image we have spent a lifetime convincing ourselves and others is real?

Deuteronomy 30:19-“I have placed before thee blessings and cursing, life and death. Choose life.”